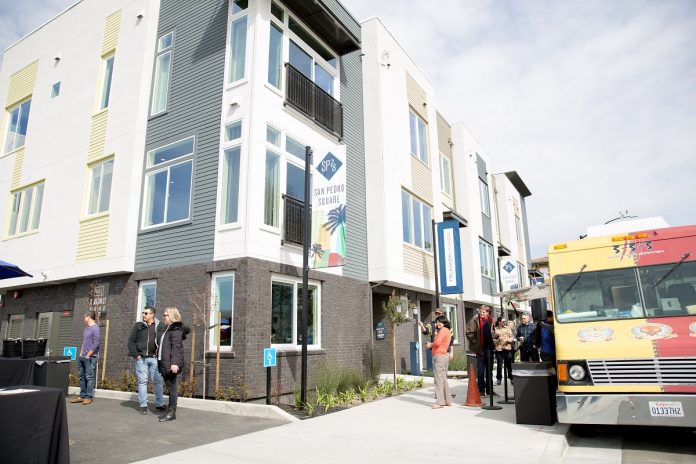 “The recent announcement of Adobe’s new downtown office tower and Google’s proposal for a transit-oriented village coupled with the city’s greater effort for urban revitalization of the area further demonstrates the tremendous opportunity associated with downtown San Jose,” said Tony Bosowski, Northern California Division President at Trumark Homes. “San Jose continues to draw new residents who seek convenience and jobs in emerging tech markets. The impact of the tech industry on housing supply is very apparent and has created a real demand for new construction, for-sale homes like SP78.”

Located in the heart of Silicon Valley, the homes will offer attached direct-access garages and close proximity to downtown office, retail, restaurants and entertainment, convenient access to public transportation and freeways, and a short commute to the Mineta San Jose International Airport. Since launching sales in summer 2018, the community has already reached an impressive sales milestone with over 30 percent sold, a testament to the influx of buyers to San Jose, predicted to remain the nation’s hottest housing market in 2019. The single-family two- and three-bedroom townhomes will feature 10-foot ceiling heights, abundant natural light, expansive great rooms and contemporary designs. Prices begin in the mid-$900,000s and first move-ins are currently slated for spring 2019.

“SP78 is the ideal product for those who desire an urban, walkable lifestyle seamlessly connected to nearby dining, entertainment and major employers all while staying in arm’s reach of key transportation,” added Bosowski.

One of the highest geographic concentrations of high-tech companies in the world and home to global titans like Cisco and Adobe, San Jose enjoys the lowest unemployment rate and the most jobs per person among the 50 largest U.S. metros. Further, 75 percent of all Fortune 500 companies in the Silicon Valley region are headquartered within 15 miles of downtown San Jose.