Intel Corporation received the first-ever “Sustained Excellence in Green Power” award for its long-standing leadership in advancing green power development.  The North Face was honored with the “Green Power Purchasing” award for its purchase of renewable energy credits.

“We commend our award winners for making sound business decisions that lead to smaller environmental footprints,” said Jared Blumenfeld, EPA’s Regional Administrator for the Pacific Southwest.  “Through efforts like these, the Bay Area can reduce air emissions and develop sustainable energy industries.”

Both companies are considered EPA “Green Power Partners” because of their voluntary commitment to reducing the environmental impacts of conventional electricity use.  In total, Green Power Partners use more than 23 billion kWh of green power annually.

The S.F. Bay Area award recipients were two of 27 award winners nationwide.  Winners of the Green Power Leadership Awards were chosen from more than 1,300 partner organizations.

For additional information on the Green Power Community Challenge, visit:www.epa.gov/greenpower/communities/gpcchallenge.htm

For additional information on the Green Power Partnership, visit: www.epa.gov/greenpower 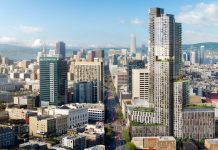