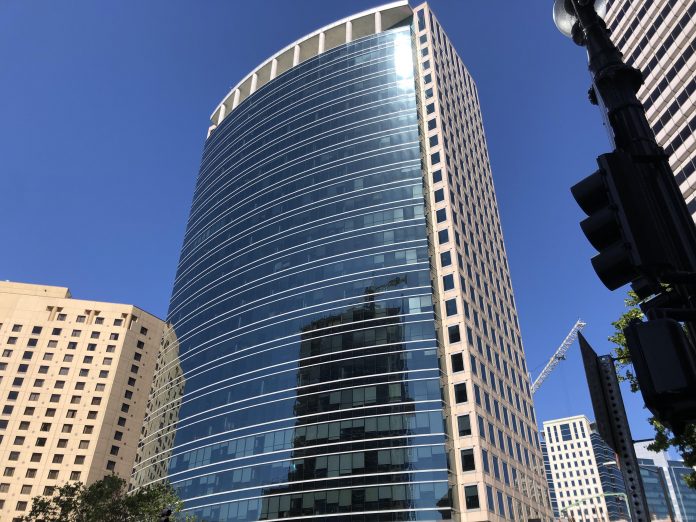 The University of California Regents has placed on the market for sale the 556,168 square foot office building in Oakland located at 1111 Broadway. The potential price point on the sale could be up to $310 million, or around $557 per square foot, according to multiple sources that track the sale of major office buildings in Oakland.

The UC Regents declined to comment when contacted for this story.

The planned sale of the property will not be an easy task for the seller, according to industry sources that are familiar with the property. One reason for this would be the asset is leased to a multitude of tenants whose combined leases comprise 89 percent of the leasable space in the property. Some of these leases are nearing expiration, which could provide a challenge for the new ownership. In addition, WeWork has around 15 percent of the building, which could pose additional hurdles.

As a result, these factors might lead to less investor interest in the property. Most of the recent significant office building sale transactions across the Bay Area region have attracted capital due the fact that they were properties leased to a single tenant with strong credit.

In pre-COVID times, the office building would have had the benefit of a very strong location from a public transportation standpoint—it is located right at the 12th Street BART station in Oakland. Today, it remains unclear when BART will get back to running with full train loads of customers. Currently, the public transportation system is not running full time and in some cases the trains are around 50 percent capacity when they are running, according to sources that have recently used BART.

UC Regents has hired the San Francisco office of Eastdil Secured to be the listing agent on the sale.