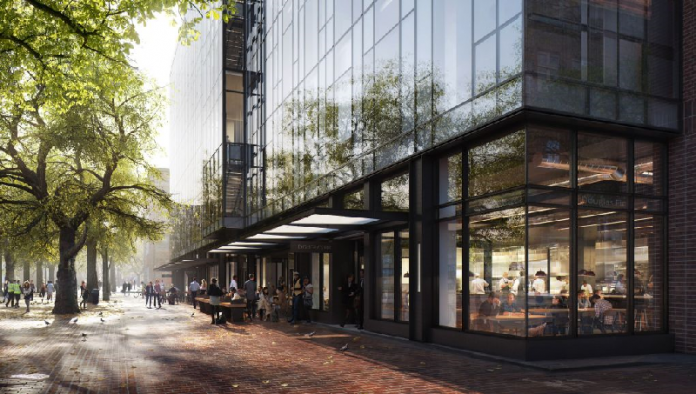 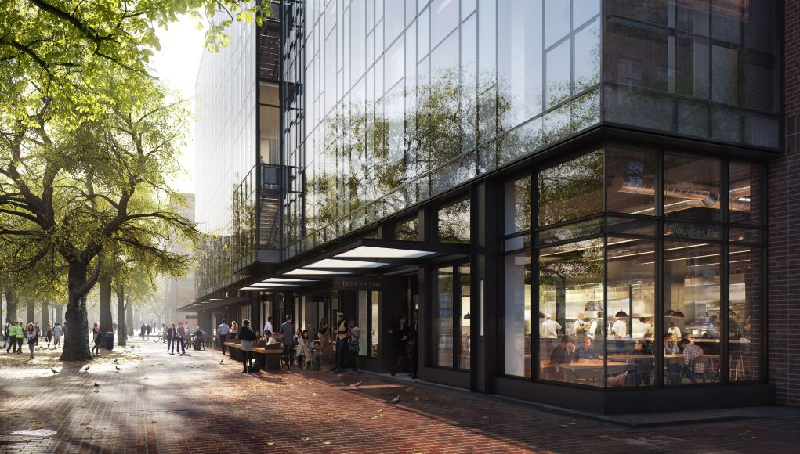 Over the past decade, the workplace environment has been undergoing tremendous changes. Some of it was spurred by technology companies that disrupted existing industries and in the course of doing so created cultures of transformation that departed with convention. Such stories are not new, and there are many examples of creative, even outrageous, office space that provide evidence of this change. But nothing says it’s time for a fresh start more loudly than two 100+ year old companies transforming themselves inside-out by developing new headquarters buildings in new entirely new cities. This was not about vanity and showcasing themselves to the world—it was an existential necessity that will keep them going for the next 100 years.

At Urban Land Institute’s 2017 Spring Meeting held in Seattle this week, GE and Weyerhaeuser talked about their experiences of going through this process of relocating their headquarters and changing not only the physical space of where they do their work, but also transforming their culture in order to remain competitive in their respective industries for decades to come.

”By 2020 we will mange 1 million terabytes of data off of 10 million sensors on $1 trillion worth of assets that we own, operate or manage,” said Ann Klee, General Electric’s vice president that led the Boston headquarters development and operations. For the 125-year old company, the new headquarters was all about leading in the industrial internet and making the location the epicenter of that leadership. But more importantly, the decision to move the headquarters of a global conglomerate that employs 330,000 people in 180 countries was all about changing the culture along with that.

The company had been based in Fairfield, Connecticut for the last 42 years in what Klee described as a beautiful, idyllic 68-acre campus about 60 miles out of New York City. However, it became blatantly obvious to the leadership of the firm that it was not a place where they were going to create the industrial internet. The Millennials did not aspire to work there, and their cohort represented the type of employee of the future.

Interestingly, across the country in Federal Way, Washington where Weyerhaeuser had been based for more than four decades itself, a new leadership had a very similar idea. An old industrial manufacturing company that at one point had been in the business of making boxes, diapers, newsprint, that had a large homebuilding operation and shipping businesses had transformed into a more focused and lean operation. It called home a 400,000-square-foot campus on 500 acres in Federal Way that was expensive and not suited for a company in the middle of the largest transformation in its 117-year history.

The company became laser-focused on transforming itself to attract and retain top talent, this was the most important thing for Simons and his team. But having the right people required not only a unique space that represented Weyerhaeuser and who they were, but also a way to reduce overall costs, since Federal Way was very expensive.

The company considered lots of different options, some in Seattle, some even outside the region, but picking Pioneer Square, a somewhat gritty but recovering, as well as one of the oldest parts of the city provided an unique way for the company to make its mark anew. On top of that, Pioneer Square had a tie to the industry. About 100 years ago, it was a place where the logs were skidded toward the water for milling. Today the location is also in close proximity to the train and bus station, as well as the ferry system, and being in Seattle, it provided access to the talent that will lead the company in its transformation.

For Klee, the story of Weyerhaeuser’s process resonated. “It really parallels exactly what we went through at GE,” she said.

GE considered 40 cities across the country that were evaluated against 87 criteria, some very objective like tax rates, number of schools, hospitals, sports teams, while others more subjective and focused on the culture and the fit. But just like Weyerhaeuser, GE was focused on attracting and retaining the top talent and wanting to be in ecosystem of ideas and innovation. The company wanted to be slightly paranoid that people all around them were going to eat them for lunch, said Klee.

Boston was not an obvious choice for GE, which is now in the process of developing a 400,000 square foot campus that will combine old brick and factory buildings with a brand new complex in the city’s Seaport neighborhood. Like Pioneer Square, Seaport is also in an area undergoing recovery. It is a place that will mix the old and the new buildings side by side, while the old GE transforms itself into an innovator of the industrial internet.

The company has gone to 100 percent open space, and within one week of moving in to the new space was working completely differently, said Klee. “It has become much more collegial and collaborative,” she added. “People see Jeff [Immelt] all the time in our little cafe. You feel an energy in the building you’ve never felt before.”

GE anticipated between 15-35 percent attrition from people not willing to move to Boston, but surprisingly have not had a single person decline the move or leave the company. In the end, it really validated the idea that changing the headquarters was going to help accelerate the change of the culture while at the same time create all of the things that the company could not do in its suburban headquarters in Fairfield.

Weyerhaeuser’s experience was similar. The day of the move Simons received an unsolicited e-mail from from an employee who had expressed doubt about the Pioneer Square decision that it was exciting to see people smile and enjoy the new space. Since then, Simons too has witnessed a transformation of culture that brings people together as they experience Occidental Park outside the building’s door, explore the rooftop deck or sample the food trucks that surround the property during lunches. It is a new company.