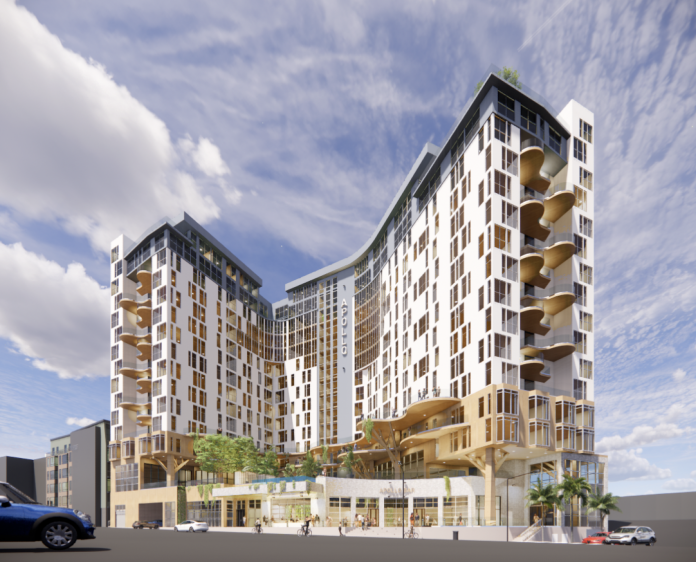 San Jose-based Urban Catalyst, an opportunity zone investment and development firm, has expanded its footprint in the Bay Area’s largest city once more. The company closed on the sale of an unentitled parcel located at 32 Stockton Avenue in downtown San Jose for $9.5 million, according to a flyer from brokerage firm CBRE. The site, which is presently home to an auto detailing business, is planned for a 400-unit multifamily building in one of the city’s most active corridors.

Urban Catalyst has had a relatively busy year so far. The company has been working on several projects in San Jose concurrently, including submitting development plans for its Icon/Echo project, a 300-unit and and 420,000 square feet of Class-A office project located at 147 E Santa Clara Street, acquiring a parcel slated for its Delmas Senior Living center, a six-story, 175,000-square-foot development, as well as launching a second opportunity zone fund with a goal of raising $200 million.

The latest acquisition, which was brokered by CBRE’s Jefrey Henderson, executive vice president, and Jon Teel, senior associate, is estimated for completion in 2025 and sits in close proximity to San Jose’s Diridon Station. It is also next to the apartment project Vespaio, a 162-unit apartment property that was completed in 2020.

“This is a site that we’ve been looking at for many years. The opportunity finally came where we had a chance to acquire it, and we really wanted to do a TOD project in the center of San Jose,” said Joshua Burrows, chief operating officer and partner and Urban Catalyst.

The project hopes to deliver housing options for employees that may eventually work at Google’s 7.3 million square foot Downtown West campus, which would be adjacent to the Urban Catalyst development. Its close proximity to Caltrain, light rail, highways and the Norman Y. Mineta San Jose International Airport makes this development well suited for anyone who may need access to other parts of the Bay Area as well as connectivity through an airport. This has long been the promise of downtown San Jose, and Urban Catalyst is hoping to capitalize on the city’s core offerings with the various projects it has under way.

According to Burrows, even prior to Google’s plans the site offered a lot of possibilities for developers. It is a prime location and it offers a great transition point and access throughout Silicon Valley, he said.

The company’s focus on San Jose’s downtown urban appeal is weaved through the projects it has under way. “Building high-density development near transit is Urban Planning 101,” said Erik Hayden, founder and CEO of Urban Catalyst in a prepared statement earlier this year when the company announced its plans for the Icon/Echo project.

The development will be done in partnership with Thang Do, the CEO and principal of Aedis Architects, a long-time partner of Urban Catalyst, according to Burrows.

Preliminary plans for the site at 32 Stockton have been submitted to the city, and the team is awaiting comments in order to incorporate them into the development projections, which the company anticipates will take 60 or so days. Ideally, Urban Catalyst is hoping to get entitlements for the project mid 2022 with construction commencing as early as the first quarter for 2023 and delivery in 2025.

The project is planned for 405 units at this time with around 5,000 square feet of retail space. The company hopes to also integrate an on-site co-working spaces into the project, and it will look at creative ways to incorporate a number of amenities for its tenants, according to Burrows. This acquisition marks the first portion of the site, which is around 3/4 of an acre. Another half-acre site will likely close next year, bringing the total development project at one and a quarter acres.