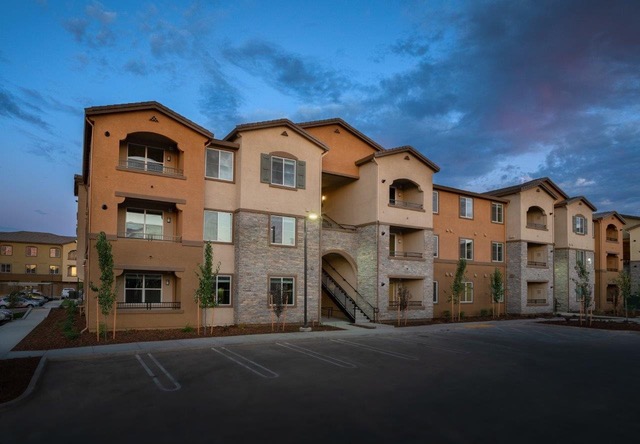 Roseville-based USA Properties Fund has placed on the market for sale the 300-unit Harvest at Fiddyment Ranch apartment complex in Roseville. The pricing guidance that the seller is seeking is at $105 million, or around $350,000 per unit, according to sources that track the sale of apartment assets in the greater Sacramento market.

The listing agent on the sale is the Sacramento office of CBRE. The lead person on this transaction is Marc Ross, an executive vice president.

“USA Properties is the developer of the property. It has decided to put the asset up for sale now, [since] the property has become stabilized and has a current occupancy of around 95 percent. We are expecting a great deal of core buyers interested in the property, [since] more capital sources are looking to invest capital into apartments in the greater Sacramento area,” says Ross.

Should the sales price on the property reach the pricing guidance, the cap rate on the sale would be in the low to mid four percent range, according to industry sources. This return would be based on the property’s existing net operating income.

Fiddyment Ranch is located at 1900 Blue Oaks Boulevard. The property offers a mixture of one- to three-bedroom apartment units. Some of the shared amenities include a heated saltwater pool and spa, a fitness center and dog park. In the future, there are plans for a grocery-anchored shopping center to be developed next door to the property. The apartment complex is part of a 1,700-acre master-planned community that also includes commercial space, schools and parks.

The apartment market in Roseville has been very tight in recent months. The overall market occupancy has been in the range of 98 percent with very little new construction. This has positively impacted rents with increases between four percent to five percent on a year-to-year basis, according to industry sources that track apartment rental information across the region.

USA Properties is known as a developer and builder of apartment complexes, and Northern California is one of its main markets. The company owns 33 properties around Sacramento, 10 in San Francisco and 6 in San Jose, according to its website.