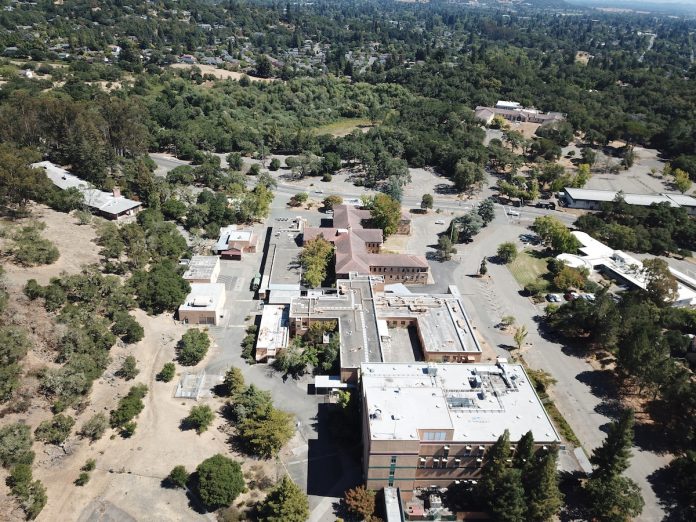 Newport Beach-based Village Partners has agreed to move forward and acquire the 72-acre Chanate Campus property in Santa Rosa located at 3313 Chanate Road. The Sonoma County Board of Supervisors voted to approve the sale with the pricing of $7.8 million, according to published reports.

The sale of the site has not closed, yet. The proposed new owner will now be conducting its own due diligence on the transaction over the next 60 days with the hope that a closing will occur before the end of 2020. As part of the transaction, Village Partners has placed a $500,000 deposit on the property.

Village Partners did not respond to an email seeking comment for this story. It is not clear what the company’s future plans might be for the property at this time.

The County of Sonoma worked with two listing agents on the sale. One was the CBRE’s Public Institutions and Education Solutions practice led by Brian Hutcherson and Mike McShea. The other firm involved is the North Bay Property Advisors with William Severi and Nick Abbott leading the effort on behalf of the firm.

There is no guarantee at this point that this sale to Village Partners will be completed. The site does have a history of not closing a sale event when a buyer had been approved. Local developer Bill Gallagher was one of the buyers approved in the past; he had agreed to pay $12.5 million for the campus. The plan was to redevelop the site into 867 housing units. This idea did not please the neighbors near the site, however, who filed a lawsuit mainly on environmental concerns, and they succeeded in getting the County of Sonoma to drop the transaction in 2018.

The down payment from Village Partners will lead to some benefits for the county. This will allow the county to lease its public health lab space for $1 per year for the next two years and rent the coroner’s office and morgue for three years at the same rate. Village Partners will also pay for $50,000 in moving expenses to help relocate The Bird Rescue Center, a local nonprofit with space on the property.

The Chanate Campus provides a major redevelopment opportunity for the county. It had previously been the home for the Sutter Hospital for many years before it became vacant a few years ago. Sonoma County has seen the maintenance and security costs on the property increase to as high as $768,000 per year in 2019.

Village Partners is known as a developer of infill mixed-use projects in California, as stated on its website. These projects typically include multifamily residential, retail and complimentary office. One of the projects in which it was involved in Northern California was the Dublin District development in Dublin. This 80-arce development includes a mixture of retail, residential and a hotel.