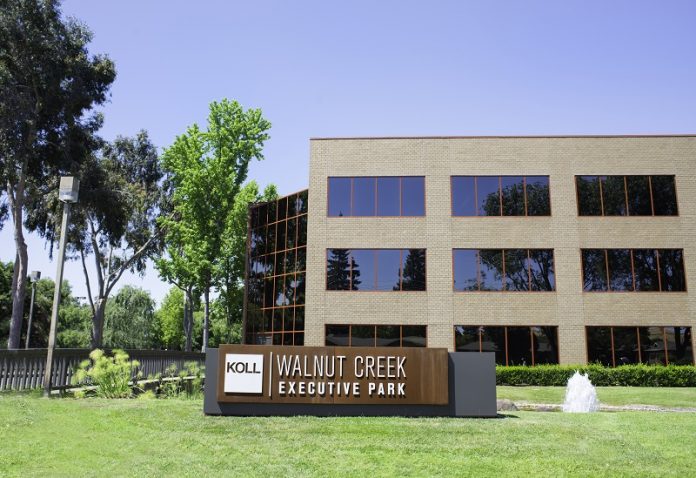 This flurry of leasing activity, which brings WCEP’s occupancy to 91 percent, has culminated over the past 12 months with 38 different tenants, 21 of which are new to the property which is within Walnut Creek Shadelands Business Park, a 246-acre, 2.5 million-square-foot business park. Of the 21 new tenants, 19 migrated from outside of Shadelands Business Park. The largest and most recent of these new leases was with Easter Seals Bay Area, who signed a new, long-term 52,502-square-foot lease and will be relocating and expanding from its current Pleasant Hill headquarters in early 2018.

“At 91 percent, Walnut Creek Executive Park is seeing its highest occupancy in 20 years,” said Bucklew. “This project has had the strongest 12-month period of leasing in the past 30 years as a result of the creative vision and implemented improvements from The Koll Company and Rialto Capital Management.”

“Twelve months ago Walnut Creek Executive Park was at 68 percent occupancy,” Bucklew added. “In addition to the ownership’s successes, this Shadelands submarket is now coming into its own. Much of the business community wouldn’t have given this location a second thought five years ago, but with the impressive amount of capital investment here, tenants are now seeing it as a more cost-effective, amenity-rich alternative to pricier areas within the region.”

In addition to Easter Seals, some of the other new leases include:

Managing Principal Jerry Yahr with The Koll Company noted: “We are excited to see that our original vision for this asset is now being realized. The new and renovated surrounding shopping centers, the addition of the Shadelands BART Shuttle and the City of Walnut Creek’s renewed focus on Shadelands along with our extensive capital improvement campaign have promoted a successful migration of businesses to the area. We are of course pleased with our accomplishments at WCEP but also for the overall resurgence of the Shadelands.”

Some of new amenities to note that are within walking distance of the project are: