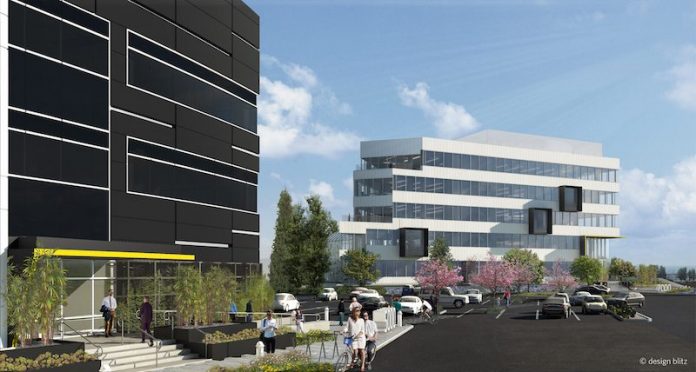 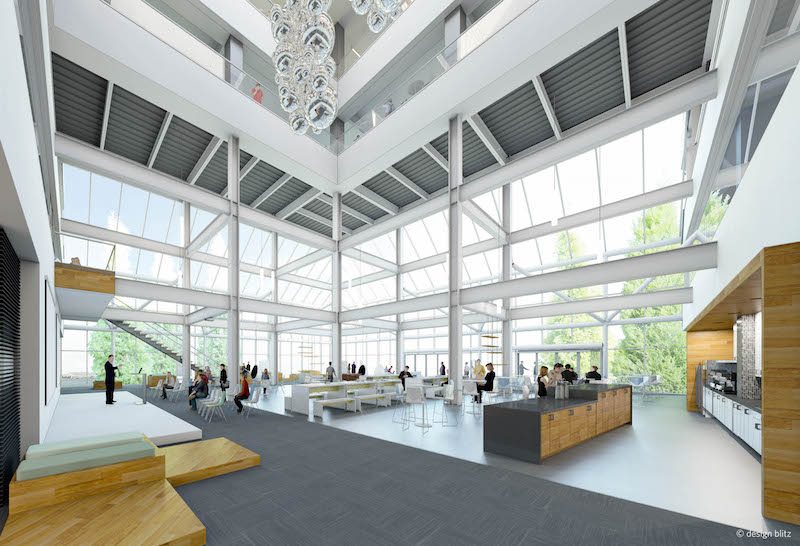 Connecticut-based investment management company Westport Capital Partners bought two vacant buildings at Marina Landing in the small Peninsula city of Brisbane with hopes of transforming the unused spaces into something new and remarkable. Since purchasing the buildings in 2014 for $18 million, the 65,000-square-foot 5000 Marina building has been renovated and rented, while the larger 85,000-square-foot 7000 Marina building is on the verge of completion with a few finishing touches left before potential renters can move in.

[contextly_sidebar id=”W7XmGw1l2zp43U2vYNABtcusc7EbMgcL”]Since it’s initial investment Westport spent approximately $10 million renovating the campus with the help of San Francisco-based architecture and design firm Design Blitz, with CBRE serving as the exclusive broker helping lease the two buildings. They are now renting the 5000 building to Ultragenyx Pharmaceuticals according to Wesport Managing Director Eric Clapp, and the rent for the building is approximately $170,000 per month (roughly $2.60 per square foot) according to Cityfeet.

The 7000 building is near completion, and once Bay Area rain subsides, the five-story 87,000 square foot space is expected to be complete and ready for occupancy as early as the first quarter of this year for approximately $239,000 per month (roughly $2.80 per square foot) also according to Cityfeet.

The 7000 Marina building has a sizable atrium that extends out into a large outdoor deck on the first floor providing a distinctly spacious entrance. It continues five-stories up with plenty of windows for a view of the bay and exceptional lighting.

Clapp said that during construction they paid special attention to the modified window system. “We tried to expose as much of it as we could to really give it that nice creative feel, but in today’s world all of the tenants are seeking that kind of experience”, he said.

A roomy 17,000 square foot fifth-floor office plan has two outside deck areas and an opening in the center overlooking the atrium below. A second fifth-floor plan option, accommodates potential life science industry tenants with lab meeting points and glass walls dividing the floor into compartments dedicated to separate tasks.

The 5000 building windows also have a view of the bay. The three-story space provides collaborative room for creative staff. “We’re proud we acquired two buildings that had been sitting vacant for effectively five years, and we feel like we’ve done a really good job of bringing them up to modern standards”, said Clapp.

Some of the amenities around the buildings include daily food trucks and restaurants nearby in Sierra Point, which is about a 10-minute walk from the two buildings. The campus is next to Highway 101, a 10-minute drive to San Francisco International Airport, and about a 15-minute walk to Balboa Park BART station. Proposed shuttles would take employees to and from the station every 20 minutes.

Other notable life science businesses close to the campus are pharmaceutical companies Actelion, Portola, Threshold, and biotechnology companies Genentech, Fluidigm and Exelixis among others.

Technology companies have also moved into the area, such as Ebay Advertisement and Mode Media, and the new acquisition of the Bay Hill office center by Google for its Youtube division in neighboring city San Bruno. Most recently, Google subleased 407,000 square feet in South San Francisco for the company’s life science arm Verily.

The Class A office market in Brisbane consists of approximately 663,000 square feet, according to a recent, fourth quarter San Francisco Peninsula Research & Forecast Report from Colliers International. The overall vacancy for the office market in the small Peninsula city is just over 31 percent, down from 41 percent in the previous quarter. The overall San Mateo county vacancy sits at 7.82 percent, which increased slightly from the previous quarter when it was 7.72 percent. The asking rate for Class A space in Brisbane is $3.56, according to the report, which is more than a dollar below San Mateo’s average Class A rent of $4.65 as of the end of last year. 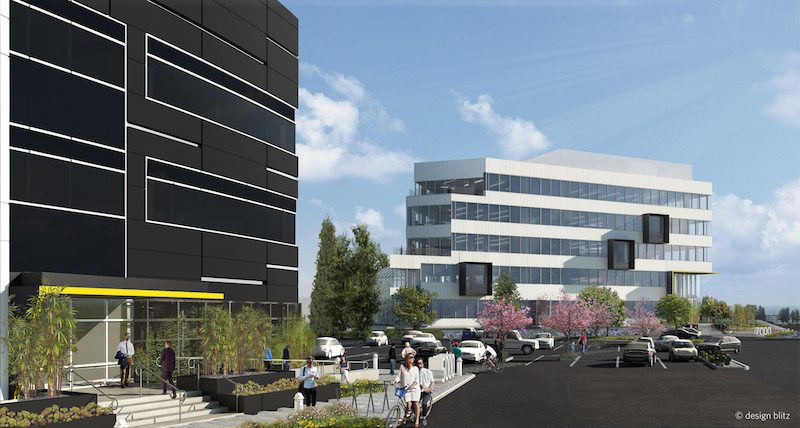