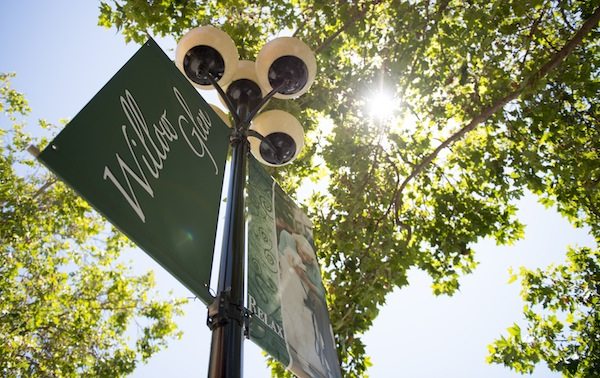 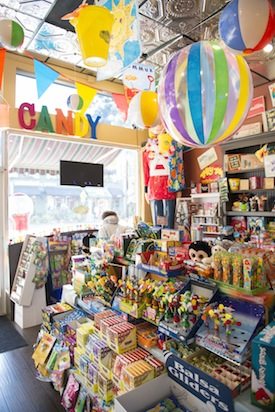 [dropcap]I[/dropcap]t’s an early weekday morning on Lincoln Avenue in downtown Willow Glen, but action in the trendy San Jose neighborhood is already in full swing. A crew bearing video cameras and sound equipment focuses on two young actors outside independent children’s bookseller Hicklebee’s, the backdrop of an upcoming independent film. Moms push baby carriages and couples stroll with dogs on the quaint retail street, past cafes and shops that place water bowls on the sidewalk for thirsty pets.

Soon, more workers will arrive to move their supplies into the new Willow Glen Town Square, a striking $15 million California Mission-style retail and office building that marks the main entry into the upscale—yet earthy—shopping district and is the latest signal that this neighborhood business cluster is on a roll.

Long one of the city’s distinct retail strips and located in the evolving Midtown district, Willow Glen continues to set itself apart. About 300 businesses—an eclectic mix of mom-and-pops as well as regional and national chains—have settled along the vibrant 0.7-mile of Lincoln that stretches from Minnesota Avenue on the south to Coe Avenue to the north.

With its combination of boutiques, banks, offices, stores and restaurants located in a historic setting within an easy walk of upscale homes and increasingly more apartments, Willow Glen’s Lincoln Avenue remains one of the most successful neighborhood San Jose retail districts. Its proponents hope for even more.

Retailers’ fortunes along the avenue boomed and sagged in tandem with the rest of the region. Sales taxes paid by Lincoln Avenue shoppers dipped nearly 10 percent from $607,825 in 2008 to $548,715 in 2009, according to the City of San Jose’s Office of Economic Development.

But a recent financial snapshot paints a more promising picture. Last year, sales taxes from Willow Glen merchants to the city rose to an estimated $612,400. That’s far above the $365,769 in revenue reported by businesses in another historic shopping district, The Alameda, and four times beyond the $153,145 that merchants in Japantown paid.

The delicate economic recovery along Lincoln Avenue also is reflected in fewer empty storefronts as more businesses lease space. The downtown vacancy rate declined to 6.6 percent last year, according to commercial real estate brokerage Cushman & Wakefield of California, down from 7.5 percent in 2010. New businesses that have taken over conspicuously empty retail spots along the avenue during the first half of this year include San Diego-based Unleashed by Petco, which opened in a former Blockbuster video store in April, and Mike’s Bikes, a San Rafael-based chain that opened in a long-vacant space in May. 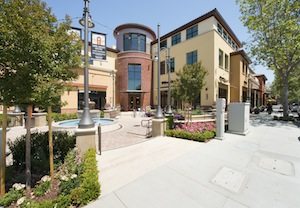 At the same time, rents along the entire avenue have remained relatively steady, according to Cushman & Wakefield. Last year, asking rent for retail space averaged $2.01 a square foot each month, little changed from the $2.03 a square foot registered in 2010. Asking office rents declined more, dipping from $2.27 a square foot in 2010 to $1.96 last year, Cushman & Wakefield found. But both rates may reverse course as newly constructed buildings like Town Square open, bringing quality modern real estate with a competitive advantage that may prompt other owners to upgrade as well.

At the three-story Town Square, the first tenants began arriving in May at the 42,000-square-foot building situated on the southeast corner of Lincoln Avenue and Willow Street. Lou’s Village Seafood, a local big-name restaurant that was a fixture in San Jose for nearly six decades before closing a nearby San Carlos Street location in 2005, is slated to open in August.

Another major tenant is Sereno Group Real Estate, which is taking 3,000-square-feet on the building’s ground level and second floor in what will be the company’s sixth office.

Chris Trapani, chief executive of the Los Gatos-based real estate broker, says there’s huge potential for his newest location, citing its visibility on an already-busy corner that will likely see even more foot traffic with the addition of new restaurants, offices and shops.

He plans to mount a plasma screen in a street-level window to present scrolling photos of homes for sale along with agents’ pictures. “For us, that’s much more sexy than being in a typical office off the beaten track,” Trapani said. “We want to be right in the heart, where all the buzz is.”

Already Sereno Group has added 24 Willow Glen-focused agents and expects to bring on 15 more—workers who “probably would not otherwise have come to our company,” Trapani said. “It puts us as a major player in that market. It very much complements the offices and locations we already have. ”

Other Town Square tenants include fashion-forward women’s clothing shop IBISS Boutique, which is relocating from a neighboring storefront into a 1,254-square-foot ground-floor space—doubling its previous size.

So far, more than 26,000 square feet of offices on the building’s second and third floors have drawn a speech therapist, life coach and financial planner—all solo entrepreneurs.

With its combination of high-profile restaurants, retail and office space, Byer says his development and its new Willow Glen tenants will take the already lively shopping strip to a new level, attracting patrons from an even wider geographic radius—a necessity, he says, “for all the businesses to continue to elevate and flourish.”

Paja Investments owned the property before its redevelopment and self-financed the changes, which include both new construction and the renovation of a historic building occupied by Willow Street Wood Fired Pizza, Byer said.

Mulcahy, managing partner of SDS NexGen Partners LP of San Jose, is renovating the 60-year-old structure for the restaurant, which opens in July featuring exhibition cooking and “small plate” cuisine. Mulcahy’s family has acquired Willow Glen commercial property piecemeal since 1995 and now controls 80,000 square feet in 11 buildings near the prime corner where The Table will locate.

Mulcahy expects rents in his renovated properties to rise by about 75 cents a square foot. “If an owner isn’t willing to upgrade, they’re going to be satisfied with a tenant who can only pay $1.25 per square foot,” he said.

Still, boosting rents in an expansive area with so many different building owners—and resulting rental price variances—isn’t straightforward. “While there’s an interest in getting a higher rent, you’re also not going to push yourself into a position where you are going to lose the tenant because you are trying to get greedy,” Mulcahy said. “My main objective is to not have a vacancy.”

Rents at his commercial properties along Lincoln Avenue have risen about 10 percent to 15 percent during the past year, Byer said. In addition to Willow Glen Town Square, he also oversees a 15,000-square-foot building next door containing major regional retailers including Peet’s Coffee, Noah’s Bagels and Peninsula Beauty. Offices and retail space in the new complex will lease for around $3 a square foot a month, he said, though retail tenants also must pick up taxes and operating and maintenance costs.

The avenue’s appeal for landlords is not limited to Byer and Mulcahy. In April, the family that owned the historic Bergmann Building at 1351 Lincoln Ave., home to the Bergmann Department Store from 1946 to 1990, accepted an unsolicited purchase offer. Tom Trudell, managing general partner of Truber Associates LP, the family-owned building’s operator, said he could not identify the purchaser, but confirmed the sale was for an amount that exceeded the building’s appraised value. The San Jose Mercury News has reported that the buyer was Sarangelo LLC and its principal, Joseph P. Rubino.

An abundance of new housing has helped maintain Lincoln Avenue’s steady strength. Just beyond Willow Glen’s northern edge is The Elements, a 243-apartment complex that opened in 2010. It sits on a sprawling site at 1201 Parkmoor Ave. that once housed meatpacking and canning operations and then high-tech manufacturing. When the manufacturing fizzled, The Sobrato Organization, the owner, demolished the buildings and replaced them with The Elements, a four-story apartment complex where one- to three-bedroom units start at $2,100 a month. The development has attracted a wide range of residents, 20 percent of whom work at nearby Apple Inc. and other area technology firms, said Cindi Maguire, the property manager.

Now, Sobrato is adding a second apartment complex next door. Mosaic will have 386 apartments and is slated to open next year.

There’s a strong effort to integrate The Elements with downtown Willow Glen. A new committee at the apartment building is organizing residents interested in walking their dogs in downtown Willow Glen while stopping at stores that catch their fancy. Plans also include enlisting apartment residents to volunteer to periodically collect trash and water shrubbery along the downtown strip as a show of neighborliness.

Owners of the Cucina Bambini, a Lincoln Avenue cooking school, have come to The Elements to hold classes for apartment residents in the complex’s plush community lounge. Apartment managers have also organized resident mixers at the Grapevine, a wine-tasting bar in downtown Willow Glen, and plan a similar excursion to The Table once it opens.

Other apartments planned for Midtown San Jose also should bring more customers to the historic retail strip. Republic Urban Properties expects construction to begin next year on The Ohlone, a $300 million, 800-apartment high-rise complex at West San Carlos and Sunol streets, just more than a mile from Willow Glen’s retail and dining core.

Meanwhile, groundbreaking on a smaller Republic development in Midtown starts in July. The complex—at West San Carlos Street and Meridian Avenue not far from The Ohlone—will contain 218 apartments and 14,100 square feet of retail space where a major bank has taken 4,000 square feet, said Michael Van Every, Republic’s senior vice president and managing partner. Retailers in Willow Glen should be excited about the housing, said Van Every: “Retail follows rooftops.”

The potential of Willow Glen also has played out at Petroglyph Ceramic Lounge, an upscale paint-your-own pottery studio that opened in 1997 in Byers’ first building on Lincoln Avenue next to the Town Square. The studio is part of a privately owned small chain with locations in Santa Cruz, Los Gatos and Roseville.

Company owner Jennifer Kurz Rubin said the Willow Glen studio has gone from “something that really needed to be nurtured to be our best store. Last year was hands down our best year, and we’re tracking better than last year already.”

With her Willow Glen location registering 10 percent annual sales growth, pulling in clients of all ages from about a 10-mile radius, she plans a new craft concept store in the historic community. Said Rubin: “That certainly shows my confidence in the area.” 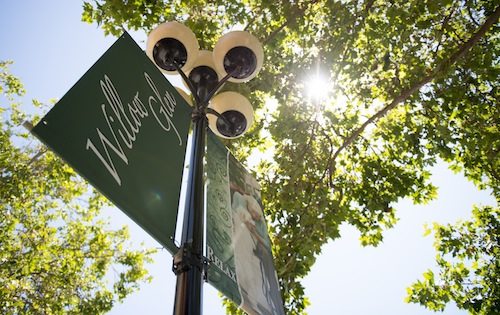