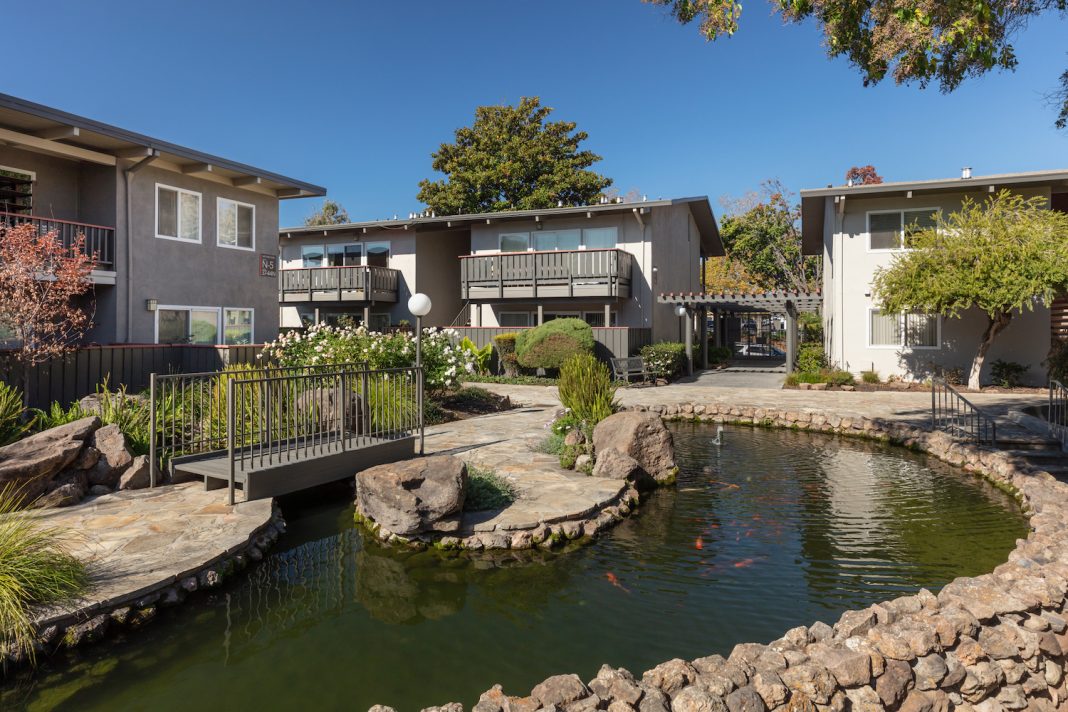 Woodmont Real Estate Services’ Multifamily Operations President Jeff Bosshard, CPM® announced that the company has won one of its largest accounts in its history, by adding Felson Companies’ East Bay portfolio of apartment communities, which is comprised of 1,315 apartment homes within 13 communities.

It is the first time that Felson Companies, a third-generation family enterprise, has outsourced the management of these communities to a third-party management company. To win the business, Woodmont competed against four other regional and national property management companies. The apartment communities are located in Hayward, Fremont, San Leandro and Castro Valley.

Don Felson, an immigrant from Eastern Europe who moved to the Bay Area after WWII, started building housing in Alameda County in 1948. After originally building single-family homes in small cluster tracts, Felson began building apartment projects. Felson, who was later joined by his three sons (Joe, Rick, and Elliott) in the late 1970s and early 1980s, built over 2,500 housing units in southern Alameda County. Over the past 70 plus years the company has developed conventional and affordable apartments, senior housing, condominiums, single-family homes, mixed use, office buildings, and civic projects. The company is known to create high quality projects that were meant to be lived in. Apartments have large closets, functional kitchens, superb amenities, and plenty of parking.  Don Felson passed away in 2002. His sons and eventually his grandsons, Adam and Blake, continue on his legacy of creating high quality housing.

“We chose Woodmont to take on our property management because we wanted assistance with optimizing our operations with resources we had been missing, including human resources, marketing, training and recruiting. We felt that our organizations are culturally aligned and that Woodmont’s people will be a good fit with our existing on-site staff,” said Adam Felson, VP of Finance for the Felson Companies.

Woodmont offered positions to over 35 on-site employees that were previously employees of Felson Companies. In taking over 35 employees at once is the largest amount of staff members Woodmont has hired at one time and required a great deal of effort from it Human Resources team. Each property team was paired with an existing Woodmont employee to assist with training and acquainting them to Woodmont’s practices.

“Our former Felson Companies’ team members are a close-knit group that heavily rely on one another. Many have been working together for over a decade. It was important to us to find a management firm that would support our existing systems and teams by building upon what we have created. We have been happy with how Woodmont has offered multiple employee support resources and matched, or in some cases, enhanced employee compensation and benefit packages,” said Blake Felson, VP of Operations at Felson Companies.

“We won the business for a number of reasons – our resources, marketing, training and accounting departments among them, yet it is the fact that we are a local management company with the sophisticated tools of a national company. The Felson family also value that we are owned by a number of high-level employees of our firm and focus strictly on property management, and do not take ownership positions in the properties we manage,” said Jeff Bosshard.