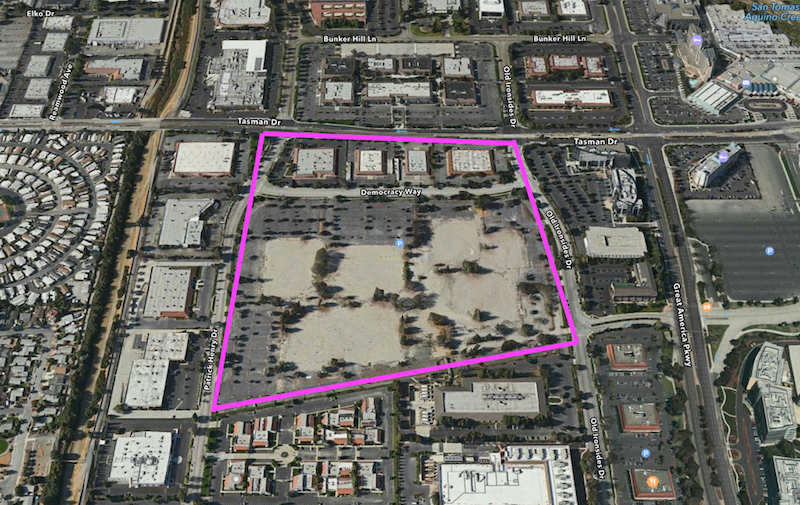 Much has been said about Silicon Valley’s disruptive nature—new, innovative companies destroying the old industries and creating new economies that are built on top of the remains of companies long gone. LeEco’s purchase of Yahoo’s land in Santa Clara is just another example of that. The Beijing-based LeEco is one of the largest online video companies in China. With it’s purchase of Yahoo’s 48.6-acre site in Santa Clara for $250 million, according to public documents, it is marking its territory squarely in the middle of Silicon Valley, and on the remains of another company that may not be around much longer.

The site, which is bounded by Tasman Drive to the north, where four buildings presently sit, Old Ironside Drive to the east and Patrick Henry Drive to the west is mostly vacant with some surface parking lots. The site is approved for a development up to three million square feet.

The land is in a prime location, in close proximity to the US Highway 101, the newly constructed Levi’s Stadium as well as Irvine Company’s mega project at Santa Clara Square. The Irvine Company recently announced a slew of new tenants in its location. Next door at 3315 Scott Blvd., Realtor.com just announced its new headquarters, and just last month UC Santa Cruz purchased a building in the neighborhood for $46.5 million.

It is not clear at this point what LeEco is planning with this location. The company has launched a concept electric car model with Faraday Future at CES 2016. In April, LeEco presented its very first model of its self-driving car named LeSEE Super EV at a press conference in Beijing, so its intentions of innovating in that area seem clear.