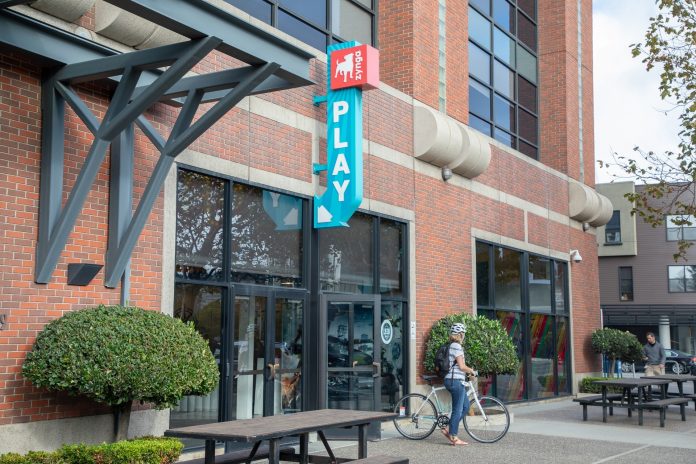 In a sign that challenging times for some San Francisco-based tenants is far from over, the venerable gaming company Zynga is placing its 185,000 square foot headquarters building at 650 Townsend on the market for sublease. The announcement, which the company made during its second quarter of 2021 results conference call on August 5th, provides more evidence that returning to work will not necessarily mean returning to the office.

“Given the ongoing evolution of our workplace model, we are taking the opportunity to optimize our footprint in the Bay Area to better fit our needs and enhance our operating leverage,” said Ger Griffin, Zynga’s chief financial officer, during the call. “As a result, we plan to exit and sublease our primary office space in San Francisco and expect to book a charge of approximately $82 million in Q3, which is primarily related to the impairment of our existing lease and related leasehold improvements.”

This charge will place the company in the red for the quarter, according the CFO’s statements, although still aligned with previous announcements from the company. “We expect to generate a net loss of 135 million in-line with our prior guidance, but now including a charge of 84 million, primarily related to the impairment of our existing San Francisco office lease and relatedly sold improvements,” added Griffin.

650 Townsend has been in the news recently. According to previous reporting by The Registry, another tenant in the property just placed roughly 300,000 square feet on the sublease market about a month ago. Airbnb, which occupies 294,966 rentable square feet across six floors in the building hired CBRE to market the property and is pricing the sublease “to meet the market,” according to the marketing materials.

The building is owned by Beacon Capital Partners, which the company purchased in 2019 for $602,679,598, or just around $900 per square foot. Beacon bought it at that time from Zynga, which used the building as its corporate headquarters. Following that acquisition, Airbnb leased roughly half of the 670,000 square foot property, and now, just about two years following that transaction, it finds itself not needing this property anymore.

Zynga, it seems, is following the same path.

According to a recent, May of 2021 office leasing report by CBRE, vacancy in the San Francisco remained at 20.9 percent, while availability increased by 30 basis points to 27.7 percent. While demand for space increased, as well, it is clear that subleases like 650 Townsend are keeping the industry on edge as nearly 10 million square feet of sublease space, nearly half of all available space, remains on the market, based on the report.

The difficulty in predicting what the future holds was perhaps best summarized in Airbnb’s shareholder letter: “…it remains too early to predict if the recovery will continue at the same pace in the second half of 2021.”