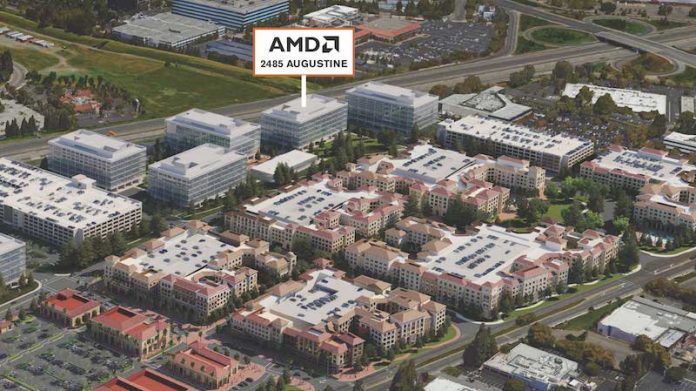 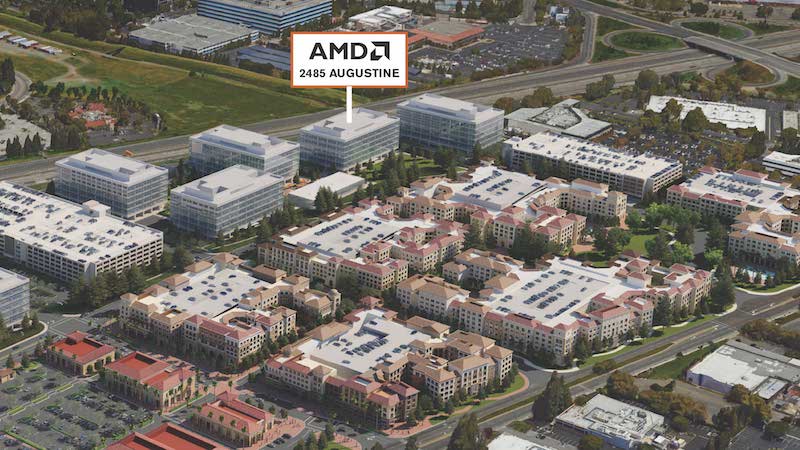 “We considered several options in the area, but Santa Clara Square offers unrivaled amenities, a dynamic environment and proximity for our employees and customers,” said Denise Gourlay, Corporate Vice President, Global Real Estate, AMD. “Our new headquarters and California Research & Development Center will best meet our current and future needs, and we look forward to taking occupancy next year. We also want to extend our thanks to the City of Sunnyvale for its partnership over the past 47 years.”

AMD will move from 1090 E. Duane in Sunnyvale, which the Irvine Company acquired from W.P. Carey earlier this month. AMD expects to begin relocating employees to Santa Clara Square in phases starting in August 2017, joining Cambridge Industries Group and Ericsson as the workplace community’s inaugural customers.

Currently, three office buildings at Santa Clara Square are completed, and two are occupied; five additional 220,000-square-foot buildings are under construction at the second phase, called, “The Campus @ Santa Clara Square,” and will be completed between the end of this year and the middle of 2017. AMD will move into Building 4, which is adjacent to a new building under construction for Cambridge Industries Group.

The 100-acre mixed-use community also features the 125,000-square-foot Santa Clara Square Marketplace, which opened in July and is anchored by a 50,000-square-foot Whole Foods and will include three upscale restaurants unique to the Silicon Valley—Fleming’s Prime Steakhouse & Wine Bar, Il Fornaio and Puesto.

Santa Clara Square’s Main Street will add another 40,000 square feet of retail and services and serve as the community’s town center. It will include expansive event spaces for farmers’ markets, music festivals and community gatherings that are designed for employees from different companies to reboot, relax and build relationships that can benefit their businesses.

Construction has begun on an 1,800-home luxury apartment community, and the pedestrian-friendly project includes 30 acres of open space and parks, including a Redwood park trail and links to the adjacent San Tomas Aquino Trail.

“Santa Clara Square is emerging as the ultimate live, work, play destination, offering a sense of community unlike anywhere in the Silicon Valley that helps companies like AMD attract and retain top talent,” Hedrick said.

About Irvine Company Office Properties
Irvine Company has evolved the traditional office to something much more: a vibrant workplace community. A place where collaboration is encouraged and creativity is enabled to elevate business success. The company owns and manages 500 premiere coastal California workplace communities in Orange County, Los Angeles, Silicon Valley and San Diego. Its timeless design and quality craftsmanship is consistent with its long-term view and pride of ownership.