Developers Kilroy Realty and Hunter/Storm agreed to pre-lease Crossing/900 in Downtown Redwood City to tech company Box, Inc., who is relocating their headquarters from Los Altos. The building, a 334,000 SF two-building speculative office development, is set to deliver the first phase of 226,000 SF in July of 2015. This was the first time in over a decade that a major speculative office development in San Mateo County has been pre-leased. The county witnessed 336,000 SF of occupancy growth this quarter (not including the Box, Inc. transaction) and is the largest quarterly growth number this market has witnessed since Q2-2011. We expect other entitled properties in prime locations adjacent to public transportation to begin speculative development on the peninsula after witnessing the success of Crossing/900.

The San Mateo County office market ended the third quarter of the year with a 8.9% vacancy rate, down 90 basis points from the second quarter. Average asking rates have increased in each of the past 15 quarters ending the third quarter at $3.61 psf full service. Each region in the county recorded positive absorption for the second quarter in a row. Central county experienced the largest amount of occupancy growth during the quarter, recording 145,000 SF of growth, ending the quarter with a vacancy rate of 8.7%. South county, which has the lowest vacancy rate in the county at 5.2%, recorded 102,000 SF of occupancy growth over the last three months. The counties highest average asking rates are in southern San Mateo County based on its closed proximity to Palo Alto, where asking rates are averaging $4.46 psf full service. The counties northern region has struggled to attract tenants in recent years but in just the past two quarters increased activity in this market has led to almost 200,000 SF of occupancy growth and closed the third quarter at 14.4% vacancy. As of August this year, San Mateo County boasts the second lowest unemployment rate in California at 4.3%.

Investors were very active during the first 6 months of the year. The county recorded over $1 billion in sales volume during the first half of 2014. The third quarter recorded $340 million worth of trades, headlined by Facebook’s purchase of the Tyco Electronics campus in Menlo Park. Facebook agreed to purchase the 59 acre campus adjacent to their 430,000 SF Facebook West site that is currently under construction in East Menlo Park for $102 million or $102 psf. Facebook has leased a portion of the campus back to the seller for five years. This is a move that will secure future growth for the tech giant around their existing million square foot campus in Menlo Park. Equity Office was the most active seller in this market during the third quarter, selling both the 217,000 SF San Mateo Center and the 302,097 SF San Mateo Bay Center portfolios for $71 million and $129 million, respectively. We are currently tracking another 340,000 SF in the investment sale pipeline. As asking rates continue to rise in San Mateo County, we expect investors to stay active in this market throughout the rest of the year. 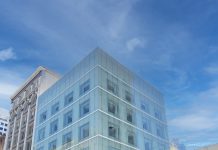 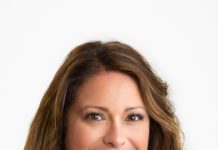 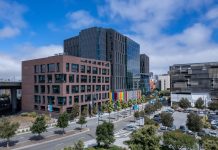 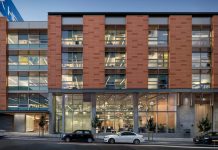