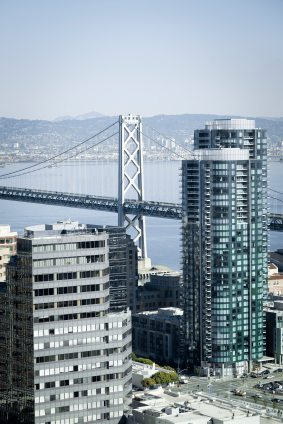 Bay Area apartments may remain the darling of the investment world, but conditions are changing rapidly on the ground. Even as the pace of rent increases has begun to slow, a flush of new development comes to market in the next 24 months, promising to depress occupancy and weaken rents. 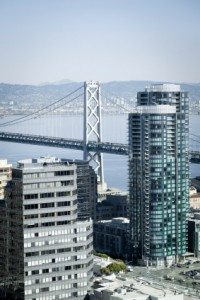 According to new research from brokerage Cassidy Turley, developers and investors have more than 15,000 apartments under construction in the region today with more than 7,700 units slated for delivery in Santa Clara County through 2014.

Another 5,400 units will be added to the San Francisco apartment stock over the next two-and-a-half years in 33 projects, and just more than 1,700 new apartments are expected to come online in the East Bay.

“That is a huge amount of new units,” said Cassidy Turley’s Garrick Brown, the company’s research director. “You have to worry about some of the private investors who are approaching the market with unrealistic expectations about rental rate growth. The market is at peak conditions right now.”

The new supply should begin to pressure occupancy and thus rents in Santa Clara County beginning next year, according to the Cassidy Turley 2013 forecast, an advance copy of which was distributed to The Registry. The new units will depress San Francisco occupancy and rents by early 2014. More new units are behind these, as well, the brokerage says, though mostly in the East Bay.

The brokerage predicts that the dearth of for-sale multifamily supply endured by investors last year will ease as owners just sell to capture the tippy-top pricing. In the short term, the new development should not affect pricing or capitalization rates, Brown predicted. “But it can’t go on at 4 percent cap rates. Multifamily is not bulletproof.”

Rents are also pushing against the ceiling of incomes, he said. High rents are already causing the familiar tenant outmigration from San Francisco to Alameda County, according to the report, and it’s not unrealistic to expect the flow of renters seeing lower living costs to move from Alameda County inland to Contra Costa County to begin this year. Affordability also is becoming an issue from one end of the U.S. 101 corridor to the other. “One bedroom apartments that are 650 square feet are $2,500 a month or more. We are approaching Manhattan levels, but we don’t have Manhattan wages yet.”

In San Francisco, rents are up 30 percent in the last three years. They are up 50 percent in San Mateo County, and 41 percent in Santa Clara County. Rental rate growth is slowing, but will remain an average of 10 percent a year Bay Area wide.

Cassidy Turley stages its annual market review and 2013 forecast event on Jan. 22 in San Francisco where its research will be released widely. Author and futurist Mike Walsh, founder and chief executive of Tomorrow, an innovation research company, delivers “FLEX—The Future of Work” as the keynote address for the occasion.

Walsh’s comments will focus not only on company leadership and the role of technology in the next century but offer a perspective on commercial real estate’s place in the rapidly evolving business universe.

Cassidy Turley predicts a slowdown in Bay Area office leasing in the first two months of the year as the ripples from the pause that slowed company executives at the end of last year make their way through the process. The mom-and-pop businesses and regional chains that constitute 75 percent of the leasing market in the Bay Area—especially within the industries outside the tech sector—were frozen by uncertainty at the end of last year, Brown said. Across all property types, those tenants held back.

“I really saw it in the industrial market. We went back there as a region. The industrial landscape still has the highest percentage of local small businesses,” Brown said. “The only part of the industrial market that was exempt was the big logistics and distribution companies. FedEX, UPS and Amazon are still out looking for mega-warehouses throughout the U.S.”

At the same time, investment activity surged as the year came to a close, he said. Sellers that had been intransigent about price, mindful about changing tax consequences, gave ground to make the deals work. “There is usually an uptick at the end of the year, but this was unlike anything that we had seen before.”

Meanwhile, technology tenants, including the relatively small subsector of biotechnology and life sciences, accounted for a whopping 74 percent of office and research and development space leasing in the region in 2012, Brown said. “There was not much at all from financial services—they are holding steady or giving space back. The same with legal, and those are usually big drivers.”