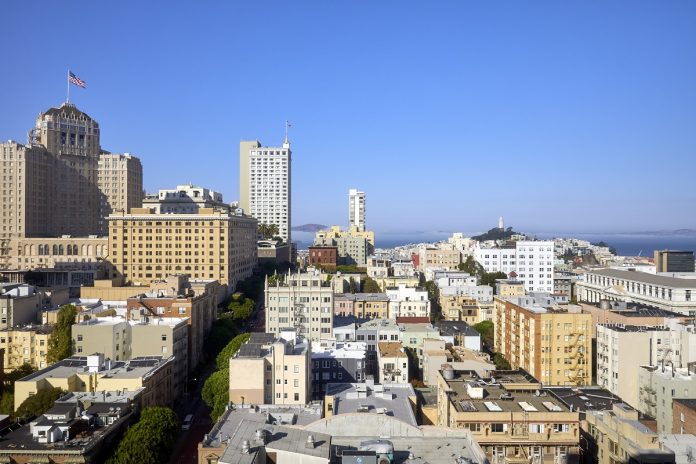 Interest in San Francisco multifamily properties is not waning in early 2022 for the right types of properties, and a recent acquisition by one of the country’s most impactful private equity firms, shows just how diverse the investor profile for prime assets can be.

In an off-market transaction that closed on December 30th, an entity associated with Washington, DC-based Carlyle Group purchased a 48-unit, Western Addition property in San Francisco for $17.5 million, or just around $364,583 per unit, according to public documents filed with San Francisco county. The vintage Victorian building, located at 1395 Golden Gate Ave. has a lot of old San Francisco charm and is close to to the city’s busy Alamo Square Park and University of San Francisco.

The property was sold by a group of private investors, which owned the building since the 1970s, according to a post by Dustin Dolby, executive vice president at Colliers International. Dolby also brokered the sale for the property.

Carlyle is one of the world’s largest and most diversified global investment firms, according to a statement on the firm’s website. With $293 billion of assets under management across 3 business segments and 433 investment vehicles, the firm operates in 26 offices across 5 continents.

Year over year, the average per door price for San Francisco apartments dipped 2 percent to $454,500, reflecting the lack of discounting over the past 12 months, according to a third quarter of 2021 San Francisco Metro Area multifamily report by Marcus & Millichap. Following healthy gains in fundamentals during the first half of 2021, price discovery may remain challenging in the coming months as valuations and operations remain disconnected, states the report.

While Marcus & Millichap saw sales velocity decline by approximately 50 percent during the 12-month period that ended at midyear, much of that decline was attributed to uncertainty surrounding the pace of recovery and an unwillingness to owners to list assets at prices that reflected significant decrease in revenue during the health crisis.

Even as the average effective rent of $2,727 per month was down from the same point the previous year, 2021 was relatively strong. Through the first six months of 2021, the average effective rent jumped 7.7 percent. Class A average rent in the same period jumped 17.5 percent in the first half of the year, driven by white-collar employees returning to office positions in the city, according to the report.