SAN FRANCISCO–Owners at Fairmont Heritage Place, Ghirardelli Square – the former chocolate factory turned award-winning Private Residence Club – will soon have direct access to an alluring new two part restaurant featuring a sit-down brasserie and a fast, casual café by famed chef and restauranteur Jonathan Waxman, a pioneer in California cuisine. The to-be-named restaurant concept will be located in the Square’s Mustard Building, directly below the Private Residence Club. In addition, the Square will soon be home to the second location of a popular San Francisco bakery, Le Marais Bistro & Bakery.

“We are thrilled that Jonathan Waxman and Le Marias have chosen this location as the home for their new dining destinations, complementing the first-class lifestyle that Fairmont Heritage Place, Ghirardelli Square embodies,” said Todd Chapman, President of JMA Ventures, which owns and operates the real estate component of Fairmont Heritage Place, Ghirardelli Square. “Their selection of this iconic landmark is a true testament to the vitality of our local neighborhood. By continuing to bring in such exciting new tenants, Jamestown is helping to change the face of the Square and we look forward to its transformation into an unsurpassed destination for travelers and locals alike.” Jamestown, heralded for putting New York’s Chelsea Market on the map, is a real estate investment company that owns and operates Ghirardelli Square.

Jonathan Waxman, one of the most respected chefs in the United States, returns to his Bay Area roots with the creation of this new San Francisco restaurant concept. In New York, his Barbuto restaurant has received numerous accolades and Waxman is a repeated nominee for the James Beard Best Chef New York Award. He has been featured on Bravo’s Top Chef Masters, along with many other television programs. Waxman also owns Adele’s and Bajo Sexto in Nashville. His new two part restaurant concept is expected to open in fall of 2015, and will be a collaborative space for young chefs in the Square. The restaurants are inspired by the heritage of the Ghirardelli family and will feature an Italian influence with rustic and authentic fare.

Husband and wife team Patrick and Joanna Ascaso, who started Le Marais Bistro & Bakery in San Francisco’s Marina neighborhood, are slated to open their second location steps away from the Private Residence Club in March 2016. The favorite local bakery will be located in the freestanding, historical building known as the Apartment House next to Fairmont Heritage Place.

Two- and three-bedroom residences are available for purchase at 1/10th deeded fractional ownership. Fractional ownership provides vacation home buyers with a “home away from home” featuring all the benefits of full-home ownership, but without many of the burdens associated with a traditional full-purchase second home. Adding to the attractive lifestyle, owners at Fairmont Heritage Place, Ghirardelli Square receive access to the full portfolio of Fairmont, Raffles and Swissôtel hotels, resorts and residential properties worldwide through the reciprocal use program. Current prices range from $220,000 to $269,000 for fractional ownership. In addition, select whole ownership residences are available. More information on the property can be found at www.fairmontatghirardelli.com. 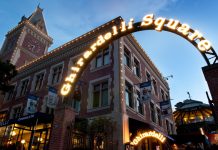 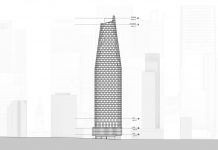 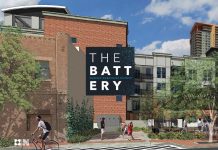 Newmark Knight Frank Arranges $51.9MM in Construction Financing on Behalf of JMA Ventures, LLC for the Development of a 278-unit Multifamily Project Within a... 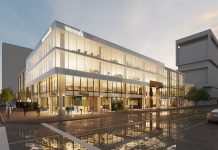 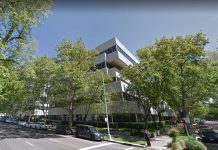