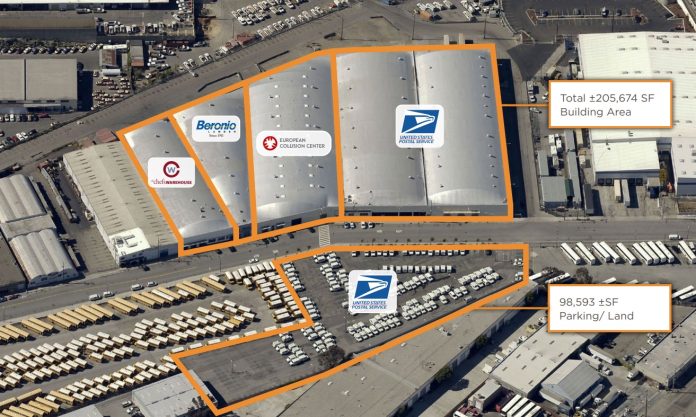 An affiliate of one of the world’s largest industrial commercial real estate holding companies, Goodman North America, moved early this year to acquire a trio of buildings in San Francisco, signaling its strong interest in the city’s limited industrial asset base. According to public records, the Australian conglomerate’s expansion included an acquisition in the Bayview District of San Francisco totaling $110 million.

The largest of the three transactions was an $83 million purchase of a property located at 180 Napoleon Street. This is a 205,674-square-foot building that in the past had been used as a distribution center by the U.S. Postal Service, and it is comprised of four units. This part of the transaction also included a land parcel of 95,593 square feet, across the street from this property. The San Francisco Warehouse Property Company was the seller of the property.

Goodman also acquired two other properties nearby. These were two smaller buildings located at 25 and 251 Napoleon Street that were purchased for a combined $26.8 million, according to public records. The seller of these assets was the San Francisco Warehouse Parking Company.

All three of the assets that Goodman acquired are in an area that is zoned for production, distribution and repair type of industrial assets. This would allow the new property owner to have a broad range of future uses at the development sites, including light manufacturing and lab space.

Goodman is no stranger to investing in the San Francisco Bay Area. In May of last year, the company acquired the 13,200-square-foot property at 2270 Jerrold Avenue for $70 million. When the property was purchased, it had no tenants in the asset. The property owner has listed this space for lease on its website.

In October 2022, Goodman filed an application with the San Francisco Planning Department seeking to demolish one of the three existing buildings at 2270 Jerrold. The reason for this was the building had been damaged by a fire caused by a homeless encampment on the adjacent sidewalk.

Goodman is a global industrial investment firm. Its purchasing activity in the United States has included West Coast markets of San Francisco and Los Angeles. Its investment strategy can include both buying existing assets and seeking development opportunities.