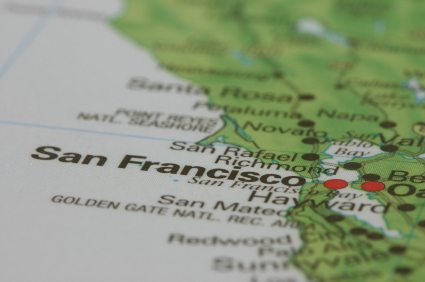 Above all, real estate operates as a talent magnet and retention tool in a world where competitive success depends on recruiting the best. For companies, the ideal balance achieves employee retention, productivity and innovation while keeping general and administrative costs including real estate under control. 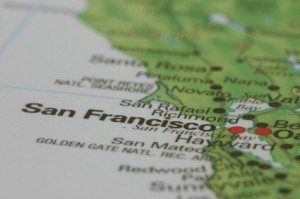 “At Google, there is incredible clarity about our mandate around the built environment,” said David Radcliffe, vice president of real estate and workplace services.

“In 1959 Peter Drucker talked about ‘the knowledge worker’ and said it is the biggest advantage that a company has. We are taking that to heart.” That means creating exceptional workplaces including “incredible experiences for our new campus,” he said.

That has translated to a drive to incorporate mobile communications as never before, with an eye toward pushing space usage below 200 square feet for each employee. “We are trying to design into our spaces the ability to make technology ubiquitous,” he said. Work can be done from the road as well as at home, reducing the pressure for more offices.

At the same time, the company relies on him to help find great talent in lower-cost locations around the globe “to allow us to grow our talent base in different areas of the world,” Lucas said.

At LinkedIn Corp., competition for talent is the basis for real estate decisions but demand for rapid scalability also figures as internal teams form and re-form rapidly, said Adony Beniares, head of global real estate and facilities for the business-networking Web site and company, which is located in Mountain View and building a campus in Sunnyvale. “Our number-one priority is talent and making the talent successful.”

That means catering to employees as they travel from “site to site,” he said, “reducing the friction and pain of working in Bangalore for a week, to make people feel at home regardless of where they are.”

The company prefers long-term relationships with larger landlords and to work with them as it expands. “On our end, flexibility is key,” he said. “We don’t want to get too far out over our skis with too much space.”

All three men defined real estate as critical to achieving their companies’ missions, not only in terms of location choices around the globe but in the physical attributes of the properties themselves. Their panel was convened Nov. 6 by CBRE Group Inc. and its San Francisco office to deliver the global brokerage’s Bay Area 2013 real estate forecast, “Opportunity Amid Uncertainty.” Darcy Mackay, CBRE’s executive managing director and global head of transaction management, moderated the discussion among the corporate space users.

Asieh Mansour, CBRE head of Americas research, introduced the session with her outlook on the U.S. and global economies. The Bay Area’s technology industries enjoy comparative advantages to the rest of the globe, and technology is in demand, Mansour said. That is promoting regional economic strength. More broadly, the American consumer is much recovered from the weakened state immediately after the debt crisis and has undertaken remarkable deleveraging.

“The share of household debt to nominal GDP is back to 2002 levels,” she said. “We are up 5.5 percent from where housing bottomed, and consumers are buying cars again.” Consumer spending now accounts for 71 percent of the U.S. economy.

But, at 1.8 percent, economic growth nationally in 2013 will be slower than in 2012, Mansour said, and “way below where we need to be.” Global growth will be faster than in the United States at 2 percent to 2.5 percent, but perceived risk and uncertainty will continue to cause business inaction. No one is investing as they await clarity from Washington and world economic leaders on matters such as the fiscal cliff and the future of health care.

“Non-financial corporate America is sitting on $2 trillion or more in cash, but they are not doing cap-ex spending or deferred maintenance,” she said. The size of the U.S. economy is back to where it was before the 2009 recession, but only 30 percent of the nine million jobs lost have been regained. It will be 2015 before the rest of those jobs are recovered, CBRE believes.

The weakness of the global economy is evident from the massive and aggressive measures taken by central banks globally to keep it from sinking into contraction while only producing the modicum of growth that is being seen, she said.

More than at any other time in her 25 years as an economic forecaster and real estate economist, not only at CBRE but also at Standard & Poor’s and RREEF LLC, politicians hold the world economy in their hands and will set a course trajectory. “It is the first time in my career that making a prediction on the economy has nothing to do with underlying business cycles or regular metrics,” she said.

But none of those larger concerns appeared to be thwarting the growth expectations from the three Bay Area-based technology companies. Google is hiring wildly; Juniper is building 600,000 square feet of new space in Sunnyvale, and LinkedIn has committed to occupying 560,000 square feet in a build-to-suit campus in Sunnyvale.

At heart, Google is a production company with an engineering focus. Engineers work best in close proximity where ideas can be shared lightning fast, and where product cycles have been cut to a week. “There is a big mismatch between the real estate planning cycle and the business planning cycle,” Google’s Radcliff said.

Productivity is about removing barriers for employees and providing a set of services tailored to their needs. The hospitality industry provides the template, he said. The company finds the biggest disconnect is the timeliness—or lack thereof—with which the real estate market can meet its demands, he said.

“We are hiring 1,000 people a quarter around the globe. For me to take down a million square feet in a market like this, I need two to three years to get in if it exists and longer if it doesn’t,” he said.

Juniper has created a single communications platform that links everyone via mobile and landline devices. That freedom allows workers to speak fluidly from the road and from home, reducing pressure for more workspace. The company’s information technology is aligned with its real estate.

At Juniper, people go to work mostly to communicate. What the company has found is that “it is not about the space any more,” Lucas said. “It’s more about, ‘Can I communicate with whomever right away.’”