The Bay Area’s commercial real estate market runs on news of big transactions: the latest full-building lease or hundred-million-dollar sale. Rarely, however, does the industry shine a light on the challenges that smaller businesses face in the region as they continue to navigate not just increasingly high property rates, but competition from other firms and, on many occasions, an industry that often does not pay them much mind. These challenges often spell the end for smaller organizations and nonprofits, especially in San Francisco. Natural Resources San Francisco, a small non-profit pregnancy and early childhood resource center, nearly experienced that same fate. The San Francisco market almost pushed Natural Resources out of its neighborhood of more than 30 years—until numerous individuals and businesses in the San Francisco commercial real estate industry rallied around the organization, preserving its future in the city for years to come.

Natural Resources was originally established in 1988, and will celebrate its 32nd year in San Francisco this spring. A 501c3 non-profit since 2015, the organization provides an array of services to expecting mothers and young families through education, empowerment and community. The organization has had several homes since its founding, starting on 24th Street in San Francisco, before moving to Castro Street, Diamond Street and Valencia Street.

“We went through the process of becoming a legacy business, part of what that story was then it is now in so many ways,” explained Alice Light, executive director of Natural Resources. “Women came together because they needed support. Back in the late 80s, many women who were here, their families were not present, and the journey of becoming pregnant and becoming a parent is pretty transformational. They were just seeking connection and community and shared wisdom; there’s a wonderful regeneration always. It underscores the importance of Natural Resources being around right now, and making sure whatever moves we make will ensure that we are around in the future.”

“Learning that we wouldn’t be in that space, that we were losing that space, I had doubts about whether or not we would find anything,” said Light. “The amount of competition and the amount of money required in this city is so much more than we could ever dream. Something extraordinary was going to have to happen outside of the mechanics of the market.”

Natural Resources needed a new home—and fast. They were looking for about 2,800 square feet of space, but as Light and her colleagues soon discovered, small tenants do not often catch the eye of the City’s top brokers.

“We actually tried to call some commercial brokers to help us, and we just did not hear back from people because basically, we are such a small tenant,” said Sue Baelan, a Natural Resources board member. “We were thinking about how to do this when we were not even that interesting to those in the industry; it was hard to find help.”

Natural Resources’ saving grace came when Mercy Manning, another natural resources Board Member, thought to begin using her CREW SF connections to see if there were any commercial real estate professionals that would be willing to help. CREW, known as the Commercial Real Estate Women Network, is a national organization that creates programming centered around the advancement of women in the CRE industry.

Natural Resources’ first call was to Laure Gustafon, Partner at Burke, Williams & Sorenson LLP. Gustafon pitched in pro-bono legal services and helped Natural Resources negotiate the lease for a new space on Valencia and 22nd Street. Natural Resources’ new landlord had been looking for a small, community-oriented tenant to fill the space that another tenant, who had been there for nearly two decades, had left. According to Light, the landlord had turned down other offers, waiting for the right organization to come along.

“We just got really lucky,” she said. “I don’t think that lease would have happened without [Laurie]; she so amazingly navigated it all. It was a really great connection because she was a woman who created her own community space in law school, and that was just a really beautiful connection that came through.”

Also through CREW, Natural Resources connected with John Grcina, president of Field Construction, and Christina Weber, regional vice president of Interface. Grcina worked with numerous subcontractors to renovate a space that had not seen any tenant improvement in 20 years, while Weber helped to provide Natural Resources with non-toxic flooring.

“[Grcina] agreed to take on the project and work with us; we did not even really have the fundraising yet,” said Manning. “We had an idea of what the budget would be but we did not have the capital. He helped us to make it happen, and it was a huge relief for us.”

The lease for the space was signed in late August, and Natural Resources was in its new space by Thanksgiving; the project team managed to turn the space around in four weeks, a huge feat for any tenant improvement project, no matter how small, in the Bay Area market. Numerous donors also helped bring the space to life, including Basa Collective, Yumi, Philanthropy By Design, bobbie, The Front Steps and De Fonte Law PC, among other individual donors and community members.

“It was like the most unreasonable thing,” emphasized Light. “This whole process has restored my faith in San Francisco. But People are willing to help and want to help, and there are people who care about San Francisco maintaining its community and diversity…If you don’t ask, then you won’t know. That was a huge lesson for me.”

For Natural Resources, the whole experience was nothing short of miraculous. “I’ve seen other groups that serve young families not be able to survive for numerous reasons,” said Manning.

“This was a great story for us, but it’s just a really hard market for non-profits,” added Light.

Natural Resources celebrated its grand re-opening on January 25th and is hopeful that the organization will remain in San Francisco for years to come thanks to the generosity of the local community.

“People come through our doors because they need support, and perhaps they’re feeling a bit lost. I feel like during this time we needed support, and we didn’t know what to do,” said Light. “All of these people showed up in a way that we really needed. They nurtured us. They have given us the support that will literally allow us to do that for others.” 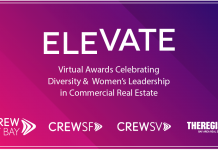 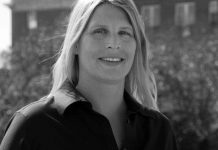 CREW SF Announces 2019 Board of Directors 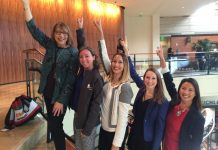 CREW SF Announces 2017 Board of Directors 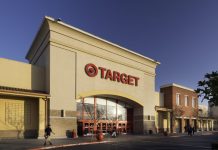