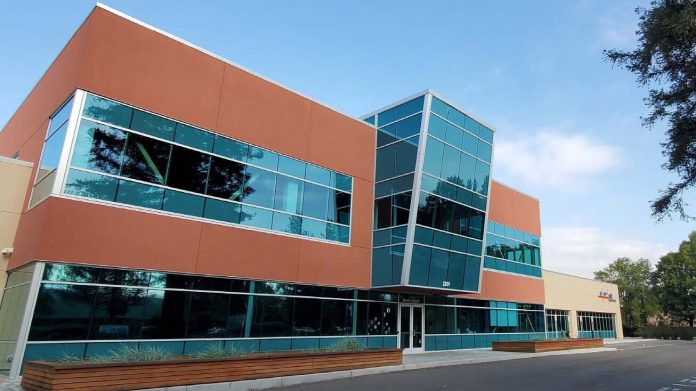 Oxford, Mass.-based IPG Photonics Corporation is looking to test the market with a vacant property it has owned for nearly a decade. The company, which manufactures fiber lasers, is looking to offload a nearly 64,000-square-foot industrial property in San Jose that it purchased in 2013. The offering price is $29.5 million, or just around $460 per square foot, as stated in the property’s offering document.

According to public records, IPG Photonics has held title to the property located at 2201 Qume Drive in San Jose since the end of 2013. The company has selected the San Joe office of TRI Commercial to be the listing agent on the transaction, and it is working on marketing the asset with Martin Morici, senior director, and Joshua Gispan, senior vice president.

The property was renovated over a three-year period from 2019 through 2022 and is considered move-in ready. It has fully improved first and partially improved second floors that could be used for future expansion or build-out. The likely interested capital sources could include companies that are a mixture of institutional owners looking for a value-add play, 1031 Exchange buyers, or local property owner/investor groups with a possible tenant in tow, according to some industry estimates.

The property in San Jose sits on a 2.78-acre parcel, and it is considered to be a flex/R&D building. The layout of the asset includes office, production area, clean room and second-floor expansion. In addition, the property has a surface parking operation that could accommodate 170 vehicles.

2201 Qume Drive is located near both Interstates 680 and 880. The property is also less than two miles from the Milpitas BART Station, which gives it good access to major public transportation alternatives across South Bay. There are a number of strong tenants that are not that far away from the property. Some of them include Samsung, Google, Cisco and PayPal.

The asking rents across Silicon Valley’s R&D market saw an all-time high of $2.89 NNN in the third quarter, marking the tenth consecutive quarter of increased rental rates for R&D, according to a quarterly analysis by the brokerage firm Colliers. In terms of growth, rental rates increased quarterly and yearly, up 3.2 percent and 11.2 percent, respectively, Colliers found.

Vacancy rates decreased by 30 basis points to 6 percent, which is positive. However, the availability rate in San Jose in particular, which accounts for space that may not be on the market for direct leasing, is now at 11.5 percent, according to data compiled by Colliers through the third quarter of this year.