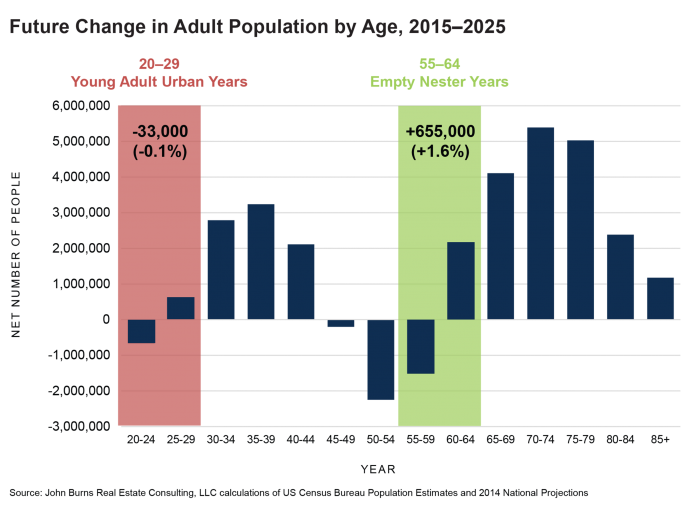 The top-grossing restaurant in the Philadelphia metro used to be a French bistro in ritzy Rittenhouse Square, but a suburban mini-chain is now hot on its heels. Philadelphia restauranteurs scoff at its success because City Works lies 20 miles outside of the actual city in the mixed-use Village at Valley Forge in King of Prussia, PA.

If you ask a Sharer (our nickname for those born in the 1980s) living in the city about who’s moving to surban (our nickname for urban-like developments in the suburbs) developments like this one, five years ago she might have replied, “I don’t know why anyone would move out there.” Ask now, and she might report friends who got tired of a long and congested reverse commute and moved closer to work. Another friend, who had her first child, got yelled at for blocking the aisle at an urban Whole Foods with his stroller and liked that Wegmans (a spacious and high-quality local chain) was within walking distance rather than over the bridge in New Jersey.

In the early 2000s, builders in Philadelphia successfully sold exurban homes to family buyers fleeing the city. Demand for these homes evaporated as Sharers delayed home purchases, choosing to live in places like gritty (yet trendy) Fishtown. Today, that glut of exurban move-up homes remains, and successful builders have shifted their focus to suburban infill neighborhoods in the “little towns” of the inner-ring suburbs.

The same people who drove urban demand from 2005–2015 are about to drive demand for surban housing in inner-ring suburbs, especially those in mature and slower-growing cities. America’s population for 20-somethings grew by 4.7 million people from 2005–2015 and is projected to decline slightly from 2015–2025. 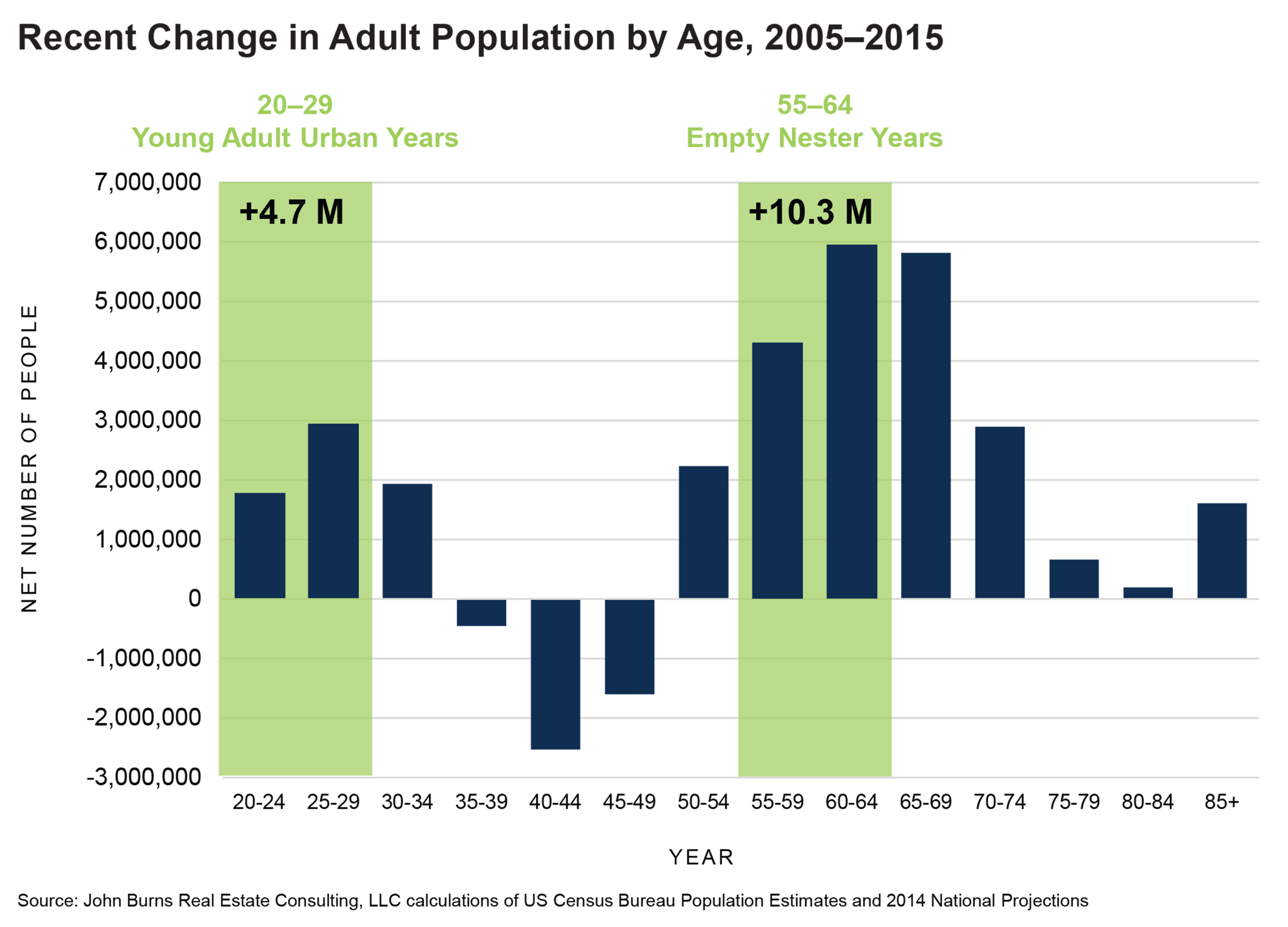 Here are some more reasons for the shift to surban that our consulting and demographics teams have noted:

The Village at Valley Forge is just one of many successful projects around the country our consulting team has visited or helped our clients develop. Contact us to find out how we can help you identify surban opportunities with our proprietary tools and custom consulting analysis.