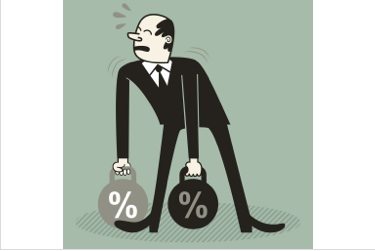 As we round graduation time, I’m reminded of high school. My least-favorite subject was mathematics. I’m a creative type, and those rascally equations allow no margin for deviation. Each problem has only one correct answer. (Now what’s that all about?)  And remember solving for “X”? 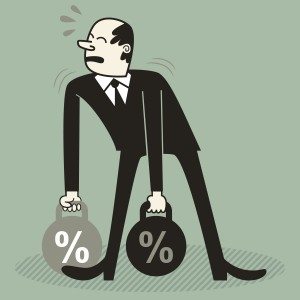 In today’s residential market, some would say that “X” represents the 30-year fixed-mortgage rate. When that rate begins to rise definitively, will it be a catalyst that drives masses of buyers back into the market? On the surface, it appears that buyers are back. Properly priced homes are flying off the proverbial shelves. Multiple offers and over-asking sales prices are commonplace once again.

But there is an important detail to keep in mind: This apparently panicked market could be attributed more to the low inventory of homes for sale than to an abundance of ready, willing and able buyers.

Multiple currents—some local and some of a greater scope—can whip up a frothy housing market. One large corporation moving into a community can devour local housing supply and drive up rental rates and sales prices overnight. If we look back at milestones in sales cycles, mortgage-interest rates are a part of the big picture, but many other factors also influence buyer behavior.

The media tend to harp on interest rates. Perhaps it is because they are tangible and measured on a weekly basis, and rates are simple to understand. The media like feeding us simple. Mortgage brokers also love to focus on rates. No matter what rates do, it’s good for business: “Rates are rising, better lock in!” “Rates are falling; it’s a great time to re-fi.” Lucky ducks! Realtors don’t hesitate to bring rates into the picture as well: “Rates are at historic lows; now is the time to buy.” “If rates go up 2 percentage points, you’ll lose 15 percent of your purchasing power.”

But rates are not typically the key factor in the decision to buy. Were rates the lynchpin in the decision, we would have far more buyers in the market taking advantage of rates right now.

Consider: Interest rates in the 1980s were insane by today’s standards. In the fourth quarter of 1982, our country was coming out of recession caused by the tightening of monetary policy to stave off inflation resulting from the Iranian Oil Crisis. The 30-year fixed-rate mortgage was more than 16 percent, and there was a 20-month supply of unsold homes on the market.

But property values were on the rise. Between 1980 and 1982 the median sale price had risen 9 percent from $62,200 to $67,800. Foreclosure rates were very low, 0.8 percent, because folks had bought with 20 percent down payments, as was the standard back then. Though annual sales volume had declined from three million homes in 1980 to two million homes in 1982—elevated interest rates undermined affordability, for one reason—people were still buying. Of course, most homes didn’t cost $800,000. They couldn’t. Few families can pay 16 percent interest on a $640,000 mortgage.

Now, when you look at 2009, we had begun to emerge from the great recession. Confidence levels were at 70, but in 2007, they had been down to nearly the same levels as they were in 1979. National foreclosure rates were at 4.3 percent, and there was a five-month supply of inventory. In the second quarter of 2009, the 30-year fixed-rate mortgage was slightly over 5 percent.

So which market was worse? It’s hard to say. But, the message from both the 1982 market and the 2009 market is clear: As bad as these years were economically, 5.86 million homes still sold in those two years. And while interest rates were a factor for every buyer, there are so many factors—too many to try to tease out the effects of just one. Sometimes we are just best served by taking in the big picture.

Folks buy when conditions feel right. For most, there must be an expectation of potential upside. People look at homes mainly as a place to live but also as an investment. They do not want to lose money, and confidence is crucial. People will not buy if they are uncertain about their jobs or the potential for relocation. People who can’t sell an existing home usually won’t buy. Some people can’t buy: The banks won’t lend them the money, and they haven’t the cash on their own.

The high cost of rental housing, as we’ve seen of late, can push renters to become owners. Adverse tax consequences are a consideration. Whether it is a capital gains tax issue or the desire to keep a lower property-tax basis, the Tax Man has ways of both encouraging and discouraging home purchases. But it has been demonstrated clearly that seemingly no matter how high the interest rate, there are people willing to buy and no matter how low the interest rate, it isn’t enough to push people over the line so long as the other parts of the equation don’t add up.