Making it in Real Estate (Part Eight): Autographing the Deal

It seems we all lie. Depending on which lying study you choose to believe, we tell somewhere between a couple and a couple hundred lies a day. The lower number is found among monks who have taken a vow of silence while the higher counts days attending conventions. Most of our lies are harmless enough, pumping ourselves up, making others feel better, beveling society’s hard edges.

But if believed, one persistent lie—“I never sign personal guaranties”—can traumatize a young developer. If she overhears a corrida of aging bulls swearing they haven’t signed a guaranty since 1999 and then complains to her banker of how unfairly she’s being treated, it will likely be unpleasant. And if she decides to shop bankers, she will be wasting everyone’s time.

Oversimplifying matters slightly, two basic loans predominate real estate: lower-risk permanent loans for stabilized assets (a 10 year loan on a fully-leased office building) and higher-risk construction loans (an 18 month loan to build an apartment house). While non-recourse, permanent loans universally contain “carve-out” guaranties in which the borrower promises he will properly maintain the property, use the rent from the property to pay the mortgage, taxes, expenses and so on. If he intentionally wrongs the property or the lender—if he takes the rent to Vegas—he will be personally liable. Commonly known as the bad boy provisions, these are signed by everybody.

And everyone signs guaranties whenever they’re doing construction. Everyone is signing autographs. The rich and sometimes the clever can avoid repayment guaranties—a guarantee that the construction loan itself will be repaid; but everyone inks a completion guaranty—a promise that all construction will be finished and paid-for. Guaranteeing completion rather than repayment is lights-out better for a borrower. Why? Because as long as you finish the building, you can toss the keys on your lender’s desk if your anchor tenant goes bankrupt before your grand-opening party or you find yourself unable to repay the loan for any other sad reason (there are more than a few).

The bull may tell you he doesn’t sign bad-boy or completion guarantees either, but if you press him, he will admit some well-capitalized entity he owns or controls signs for him. The lender still gets the ink. And even though bank underwriting standards may be melting like crayons on a desert dashboard, you will be guaranteeing everything but the outcome of the Super Bowl if you’re trying to finance your first couple development deals.

It’s impossible to argue with the advice you hear at every industry cocktail party—“Never guaranty nothing”. Yet staring one in the face can have a salutary effect. Like rock-climbing Half Dome, it has a way of focusing one’s attention. If it is your personal net worth on the line, you will truly vet the deal, tweak the risks and verify approvals are in hand, construction costs fully quantified, the tenants as creditworthy as advertised, etc. In short, knowing it’s your guaranty may make you climb down from a deal you shouldn’t have attempted in the first place. If not sharing in a project’s potentially fatal abyss makes you a little less careful—it does—and you do a regrettable deal, you may not be personally liable for the loan, but your partners will have lost their investment and you will have nothing to show for a couple years’ worth of effort but a slammed reputation.

“Hear you, dude, but can we skip the pontificating and tell me instead how I get around guarantees?”

You do what the bulls do. You get the bank to waive it by putting up more equity and accepting a higher interest rate on the loan. Or, if you want to keep your equity down, you skip the banks and go straight to the debt funds (Blackstone, Starwood, etc.) and pay a lot more interest. There’s a problem, however, with this approach for a young developer: a rich guy may not care too much if his lender demands more equity because his idle cash is earning .015 percent interest (also known as nothing) in the bank. On the other hand, you should really care because rather than malingering in 6 month CD’s, your idle cash is jingling in your pocket. You are using Other People’s Money (OPM) for your equity, all of which carries a much higher coupon rate than bank debt—the bank’s are in the 2-4 percent range; OPM costs anywhere from 6-12 percent—meaning every dollar of OPM kicks your dented can of profit a little farther down the road. (OPM could also be an abbreviation for “Others Profit instead of Me”.)

But you counter with the old saw that you would rather sleep well than eat well. Not bad as bromides go, but there’s a word for a developer with no money or risk in the deal: consultant. If you’re not taking any risk, you’re going to be starving. Your financial partners may not be theoretical physicists, but they usually have an intuitive feel for business. They know if you are putting up nothing more than your time and your rapidly expiring purchase contract, they can hire you rather than partner with you.

Take this home: there is no way to make real developer profits without taking real developer risks. No risk, no reward. That said, you should try your best to limit risks: have tenants do their own improvements in exchange for a fixed contribution; outsource everything (nothing runs up a tab like employees) and never hire your college roommate as your general contractor. (Having your contractor go belly-up mid-construction is one of the rockier roads to ruin.)

And, of course, listen to the old guys, guarantee as little as possible. Or better yet, choose your deals with infinite caution and then, like diving off the 10-meter board, your guarantee will only look scary. 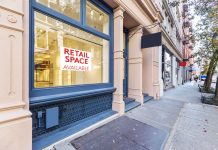 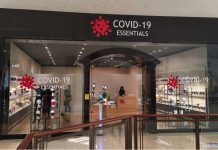 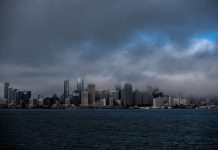 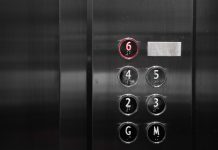 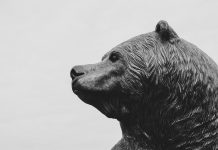 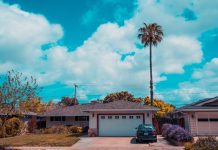