[dropcap]A[/dropcap] new generation of young professionals is transforming the job market, and in turn, commercial real estate, as it adapts to a changing Bay Area environment largely defined by technology. Constrained by space limitations in San Francisco, construction surrounding the city is increasingly fitting a suburban-urban style of development that brings working, living and playing in closer proximity to each other.

“The millennial generation is driving these changes,” said Seth Bland, West Coast vice president of development at Rockville, Md.-based Federal Realty Investment Trust, the owner and developer of mixed-use project Santana Row in San Jose. “Coming of age, surrounded by technology, they are used to blurring the lines of living in a place, working in a place, shopping in a place. They bring a seamlessness to their daily experience.”

[quote]The suburban office is a thing of the past. People are looking for diversity; not being insular. New office spaces provide the opportunity to interact and exchange thoughts.[/quote]

Santana Row has attempted to do this through establishing the street as the amenity. With a variety of existing retail, from clothing to eateries, developers added housing and are now shifting their focus to creating office space.

“The suburban office is a thing of the past,” Bland said. “People are looking for diversity; not being insular. New office spaces provide the opportunity to interact and exchange thoughts.”

With a six-story office building under construction at 500 Santana Row, Bland said new construction is incorporating urban-inspired interactive and social spaces, while also providing for more connectivity within a company because of the larger floor plates that many suburban locations provide.

“In the city, with smaller floor plates, it almost creates an insular stratified design, where a company is split up with different departments on each floor,” he said. “Here we hit a greater sweet spot.” 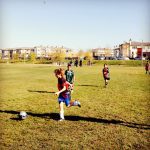 At a Silicon Valley event held by The Registry in July, industry experts on an economic and development panel discussed competitive real estate strategies for the Bay Area. “To take advantage of where the growth is, which is the millennials, you need to align your interests with them,” said panel member Drew Gordon, senior vice president, Northern California, at Los Angeles-based real estate firm Hudson Pacific Properties. “How do you attract and keep intellectual capital? Provide a great environment for them to be in.”

A large aspect of that attractiveness has been bringing urban aspects to suburban developments.

“An environment where you can get a lot done in one place caters to the suburban worker,” said Mehran, whose company developed the Bishop Ranch Business Park in San Ramon. “On top of living and working, that means great transportation programs, childcare, schools, downtown farmers’ markets and bike shares.”

Rooted in what Kelly Kline, the city of Fremont’s economic development director, calls “strategic urbanism,” both cities and private developers are focusing their energy in this way to remain competitive and retain jobs and residents.

This proximity of various amenities has become paramount as millennials continue to blend working, living, shopping and most other aspects of their lives. For many developers, that has meant building office, residential or retail spaces along major transit corridors to provide easier access to amenities.

“There is a real shift in what people are looking for, the whole proximity to transit is really important,” said Janice Thacher, partner at San Francisco-based development company Wilson Meany.

Wilson Meany’s 83-acre Bay Meadows project—which upon completion will include 1,066 housing units, 780,000 square feet of office space and 41,000 square feet of retail, along with 18 acres of open space—is adjacent to San Mateo’s Hillsdale Caltrain station. Settled between San Francisco and the Silicon Valley, 20 percent of residents use the station weekly and 50 percent use it monthly, Thacher said.

Similarly, in Fremont, where a new BART station will open in December, the city is focusing its development in the Warm Springs district. Projects now in the entitlements process will bring 20,000 additional jobs, 4,000 residential units and an elementary school to the 879-acre area anchored by BART.

For other projects, however, this blurring of historically compartmentalized lifestyles has meant more mixed-use projects that bring housing closer to jobs. Santana Row has followed this model.

“Transit orientation is preferred, ideally, but currently we can’t really depend on that until we have more regional infrastructure in the Bay Area,” Bland said. “Instead, we focus on the job-housing balance and trying to get housing density close to office density.”

Bland said not only does that proximity attract residents and workers, but it also contributes to the appeal of the entire environment. “That density makes the urban notion possible. It makes ground-level retail alive, and it brings enough people to keep it interesting,” he said.

Federal Realty Executive Vice President Jeff Berkes said Santana Row has effectively brought retail, housing and office space together. “One way to keep the valley competitive is smartly using the limited land that we have in combining these uses,” he said.

As these higher-density mixed-use projects continue to bring more urban living to the suburbs, Santa Clara Square will give residents flexibility within that transition.

“People will have the choice of suburban living with large open spaces, swimming pools, and access to the bike and jogging trail or something a little more urban, living closer to the retail district,” Lee said.

Also, Sunset Development’s Bishop Ranch was originally an office park, but San Ramon actively began building housing nearby and Sunset is now focusing on adding a core city center, which will bring more than 400,000 square feet of retail, 487 apartment units and a hotel. “People want to be located closer to where they are working,” Mehran said.

Focused on a more mature demographic, however, Bishop Ranch has maintained more suburban elements, such as easy access for vehicles, he added.

Sustainability has also become an increasingly important aspect of design, both as an environmental effort and an amenity.

“We’re designing a lot of features into buildings that are sustainable and eco-friendly,” Wilson Meany’s Thacher said.

These trends toward urban amenities, transit-orientation, proximity of retail, residential and office space and sustainability are all efforts to adapt commercial real estate to a changing culture among local professionals, attract and retain individuals, and keep the Bay Area competitive, area developers said.