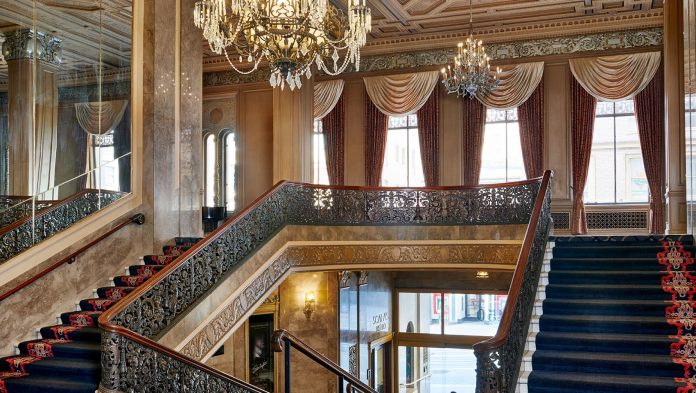 (EDITOR’S NOTE: According to a statement from the company, the hotel’s net operating income at the end of 2019 came in at $11.4 million. It did not detail numbers for 2020. Pebblebrook acquired the asset in 2010 for $90 million. Built in 1928, the hotel features amenities such as a 24-hour fitness center, in-room spa services and valet parking. The property was renovated in 2019 and is located in the Union Square neighborhood of San Francisco.)

BETHESDA, Md.–Pebblebrook Hotel Trust today announced that it had executed a contract to sell the 416-room Sir Francis Drake in San Francisco, CA to a third party, which the Company expects will generate $157.6 million of proceeds after customary closing costs.

The sale of Sir Francis Drake is subject to normal closing conditions, and the Company offers no assurances that this sale will be completed on these terms, or at all. The Company is targeting to complete the sale within 60 days.

Pebblebrook Hotel Trust (NYSE: PEB) is a publicly traded real estate investment trust (“REIT”) and the largest owner of urban and resort lifestyle hotels in the United States. The Company owns 53 hotels, totaling approximately 13,200 guest rooms across 14 urban and resort markets with a focus on the west coast gateway cities.