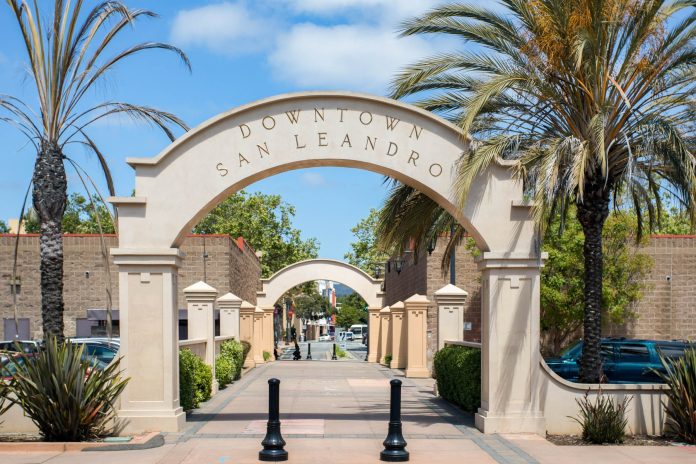 A private family based in the San Francisco Bay Area has placed on the market for sale the 82-unit Eden Roc Apartments in San Leandro located at 14665 Washington Avenue. The pricing guidance on the sale is approximately $25 million, or just around $305,000 per unit, according to sources that are aware the complex is up for sale.

The current property owner has held title to the property for around 40 years. It has hired Colliers International to be the listing agent on the sale. “We are anticipating to receive a great deal of interest in the property mostly to be private equity real estate firms. It’s our opinion that suburban apartment complexes are in strong demand for a variety of investors and the asset in San Leandro should benefit from that,” says Ryan Rodriguez, senior vice president with Colliers.

Along with Rodriguez, others on the marketing team include Gavin McDowell, vice president, and Matthew Flaherty, associate.

The sale of the property has a strong value-add component to it. According to some estimates, the current rents in the property are roughly 20 percent below market rates. The city of San Leandro has a limited local rent control policy, according to the property’s offering document, which would enable the new owners to mark the rents to market levels.

The other value-add aspect of the property would include interior renovation of the units. Presently, around 25 percent of the units have been upgraded, while the remaining 75 percent would need improvements by the new owner.

The property is fully leased at the moment. This should not be a surprise, since the overall market vacancy for apartments in San Leandro now stands at 2.5 percent, according to industry sources that track this data. The market should remain very tight in the near terms, since there are no new apartment projects planned at this time.

Eden Roc has mixture of three different types of units. Half of the units, 41 of them, are one bedroom/one bath units. 33 apartments are two bedroom/two bath units, and the balance is comprised of eight studio units. The property was first developed in 1964, and it covers a total of 2.9 acres. There are two laundry facilities inside the complex.

The property has a strong central location. It has close access to Interstate 880 and Interstate 580. It also is less than one mile from both the Bay Fair Mall and the Bay Fair BART station.