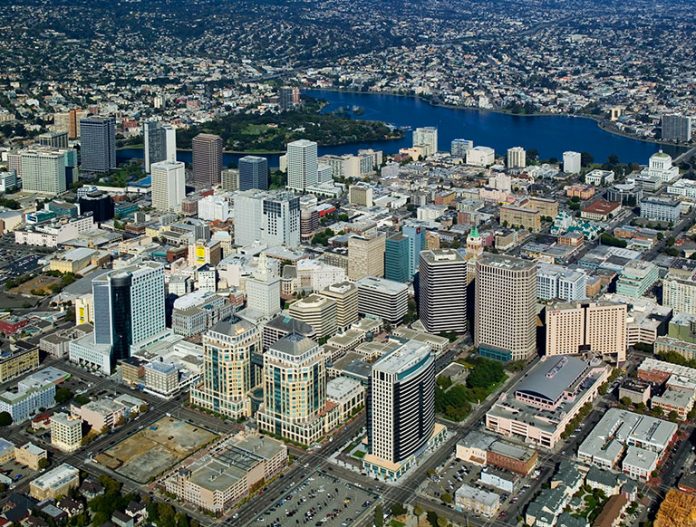 The San Francisco Bay Area is one of the most expensive regions to live in in the country thanks to constrained apartment supply and net in-migration, and those fundamentals are unlikely to change any time soon. A newly released report by Colliers International indicates that Bay Area demographics will continue to support a healthy multifamily market in the region, as median household continues income to grow and unemployment in the region is expected to remain low.

“The metrics that we highlight in our report are important to understanding areas of growth for multifamily development,” said Kalah Espinoza, vice president at Colliers International. “The income metrics are important to help understand rents and what types of rent can be supported in which regions in Northern California.”

All-in-all, each of the multifamily markets in the nine Bay Area counties that Colliers examined in its 2019 Bay Area Multifamily Population Forecast and Report are growing. Median household income in the counties has increased by 20.8 percent since 2010, while total population growth has grown by 10 percent over the same period of time. Unemployment, meanwhile, has reached a historic low of 2.8 percent across the Bay Area thanks to the region’s diverse — and growing — variety of industries, including technology, healthcare, education, biotech, finance and government.

Of the nine Bay Area counties, Santa Clara County had the highest median household income in 2018, with the typical household earning $107,746 per year and 22 percent of its population earning more than $200,000 annually. An additional 21 percent of its population earns between $125,000 to $199,000 annually. It is also the county with the lowest median age, with a median population age of 36.3 in 2018. The county is home to some of the world’s largest tech employers, including Adobe, Apple, Nasa, Hewlett Packard and Cisco, and even though the county, particularly San Jose, has thousands of multifamily units in the approvals and construction pipeline over the next several years, Colliers is confident that absorption of available inventory will be quick.

“A couple of pockets in the Bay Area, like San Jose, have a ton of projects that have recently been completed,” explained Colliers’ Senior Vice President Ryan Wagner. “However, the substantial increase in wages is helping to counter the quasi over-building of those markets.”

However, while much of the focus on development in the Bay Area has been centered on the Peninsula and South Bay, Colliers notes that the greatest growth in demographics will likely occur to the east and northeast of San Francisco. According to Brandon Geraldo, a senior vice president at Colliers, Alameda County — and Oakland in particular — is already seeing that growth.

“There’s obviously been a shift in demographics in Oakland in a very positive way,” said Geraldo. “You’re seeing incomes grow at a higher rate in the past and a lot of movement, it’s not an over-flow of San Francisco. There’s actually people who want to live in Oakland.”

Oakland’s growth, in part, has been due to its efforts to widen its employment base; what was once largely a city of government employees has lured tech and medical companies such as BlueShield to its ever-growing downtown.

“Oakland is diversifying its economy, which is a major step forward in the cycle that they haven’t seen in the past,” Geraldo added.

Colliers also points out that Facebook’s lease of 754,000 square feet across 14 buildings in Fremont is another indication of demographic changes shifting east. The lease brings Facebook’s total footprint in Fremont alone to more than one million square feet. The company is one of many, Colliers states, that is diversifying geographically to cut down on employee commute times.

In terms of demographic fundamentals, Alameda County overall holds room for growth. While its 2018 median household income was the sixth highest in the Bay Area at $84,362, the county has the second largest population in the Bay Area, with more than 1.6 million people. Major employers such as Lawrence Livermore National Laboratory, Tesla and Kaiser Permanente continue to drive job growth and in-migration.

Across the Bay Area too, population demographics are expected to remain strong, continuing to drive strong demand for multifamily product throughout the region.

“Everybody talks about this exodus from the Bay Area that we’re having, where more and more people are leaving the state,” said Geraldo. “That doesn’t match the stats we found here; we’re still seeing the population grow.”