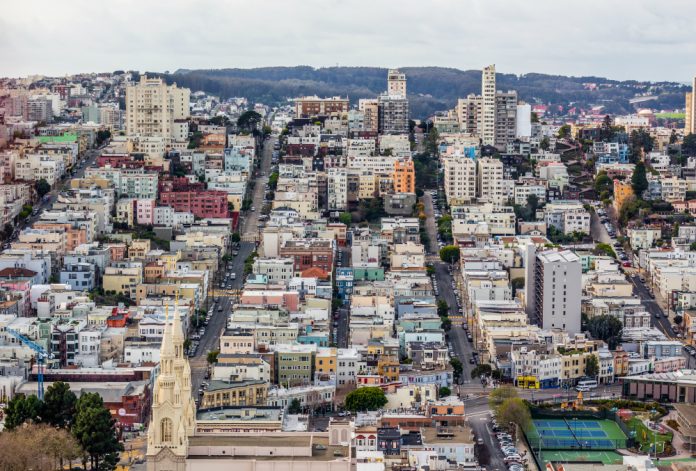 Homeowners Refinance Loans at Highest Level in Seven Years;Dollar Amount of Refinancing at 17-Year High;Purchase and Home Equity Lending Down From Second Quarter of 2019

IRVINE, Calif. – Aug. 20, 2020 — ATTOM Data Solutions, curator of the nation’s premier property database and first property data provider of Data-as-a-Service (DaaS), today released its second-quarter 2020 U.S. Residential Property Mortgage Origination Report, which shows that 1.69 million refinance mortgages secured by residential properties (1 to 4 units) were originated in the second quarter of 2020 in the United States. That figure was up almost 50 percent from the prior quarter and more than 100 percent from the same period in 2019, to the highest level in seven years.

With interest rates hovering at historic lows of around 3 percent for a 30-year fixed-rate loan, refinance mortgages originated in the second quarter of 2020 represented an estimated $513 billion in total dollar volume. That number was up 130 percent from a year ago, to the highest point in almost 17 years.

While refinancing activity soared, purchase mortgage activity dropped to just 28.8 percent of all home loans in the second quarter of 2020 and home equity lending or HELOCs declined to only 9.2 percent – the lowest levels in seven years. That happened as the worldwide Coronavirus pandemic swept across the United States, stifling consumer spending and prompting untold numbers of potential home seekers abiding by social distancing recommendations to stay out of the housing market.

“The second quarter of 2020 really was a tale of two markets for lenders. One saw a continued flood of homeowners refinancing their loans at lower interest rates while the other saw a drop in home-purchase and home-equity borrowing as the economy sagged under virus-related lockdowns,” said Todd Teta, chief product officer at ATTOM Data Solutions. “How this plays out in the third quarter will depend on how many homeowners still want to roll over their loans and whether the economy recovers enough to boost home sales. The lending market remains buoyed by cheap money but clouded by major uncertainty.”

Refinance originations double in three-quarters of the nation

Pittsburgh, PA was the only metro area where refinance mortgages decreased in the second quarter, measured year over year (down 5.7 percent). Those with the smallest annual increases were Lexington, KY (up 7.5 percent); Myrtle Beach, SC (up 8.6 percent); Syracuse, NY (up 22 percent) and Gulfport, MS (up 25.4 percent).

Purchase mortgage originations down 2 percent from a year ago

Residential purchase mortgage originations decreased from a year ago in 132 of the 211 metro areas that have a population greater than 200,000 and were analyzed for this report (62.6 percent). The largest declines were in Myrtle Beach, SC (down 75.1 percent); Pittsburgh, PA (down 64.6 percent); Lynchburg, VA (down 41.5 percent); Jackson, MS (down 41 percent) and Charlottesville, VA (down 40.9 percent).

Aside from Pittsburgh, PA, metro areas with at least 1 million people and the biggest year-over-year decreases in purchase originations were Detroit, MI (down 37 percent); Hartford, CT (down 30.7 percent); Boston, MA (down 29.8 percent) and Philadelphia, PA (down 27.6 percent).

HELOC originations down 25 percent from a year ago

A total of 249,744 home equity lines of credit (HELOCs) were originated on residential properties in the second quarter of 2020, down 9 percent from the previous quarter and down 25 percent from a year earlier.

Residential HELOC mortgage originations decreased from a year ago in 90.3 percent of metropolitan statistical areas that have a population greater than 200,000 and sufficient data to analyze. Some of the largest included Charleston, SC (down 70.4 percent); Columbia, SC (down 68.3 percent); Greenville, SC (down 65.2 percent); Pittsburgh, PA (down 60.5 percent) and Detroit, MI (down 51.8 percent).

Counter to the national trend, residential HELOC mortgage originations increased in the second quarter of 2020 from a year ago or stayed the same in 9.7 percent of metro areas with sufficient data. Some of the increases were in Davenport, IA (up 43.3 percent); Youngstown, OH (up 5.5 percent); Ogden, UT (up 5 percent); Provo, UT (up 1.9 percent) and Des Moines, IA (up 1.9 percent).

Residential loans backed by the U.S. Department of Veterans Affairs (VA) accounted for 230,808 or 8.5 percent of all residential property loans originated in the second quarter of 2020, down from 9.9 percent in the previous quarter, but up from 7.5 percent a year ago. 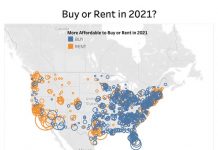 Homeownership Slips Into Unaffordable Territory Across Majority Of U.S. In Fourth Quarter Of 2020 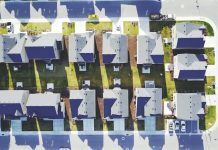 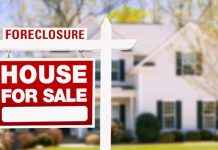 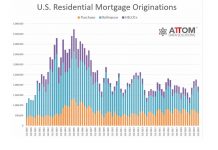 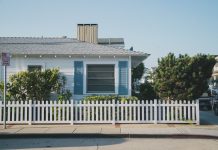