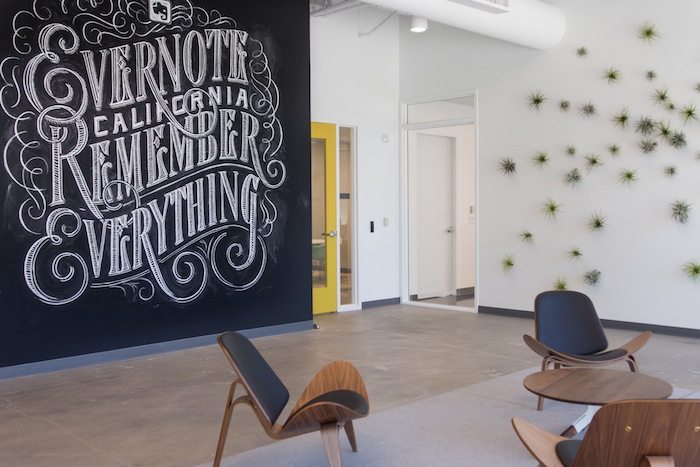 Office owners face new attitudes and risks in the real estate of the 21st century, where easy change is the number-one priority and long-term leases for large spaces could become more and more infrequent.

Technology has unhitched the worker from the desk. Now the worker wants the liberty to choose when and how to work. In the workplace itself, the open office is giving way to purely flexible space. Rolling furniture and people shift seamlessly from one activity to the next—lunchroom becomes training room then after-hours movie space.

Long-term leases can be laborious to negotiate and expensive to maintain. At the same time, there is a growing inventory of flexible space available short term not only from temporary office and service providers such as Regus but from the newly born coworking sites. Hotels are jumping into the fray. Law firms are offering up elaborate conference rooms. And there is always Starbucks.

The traditional real estate business was not conceived to accommodate venture-backed startups with 20, 30 or 40 workers but unwilling to sign a lease for anything more than three years, said Justin Bedecarre, a San Francisco associate with brokerage Cushman & Wakefield who specializes in startups. “It’s a tough question. The infrastructure of the entire industry is built on it. These young companies don’t look three years down the road,” he said.

Still, there is every indication that having a fixed office location and headquarters remains central to the enterprise. Since the office market recovery began in 2010, the most robust demand in the Silicon Valley and Peninsula property markets has been from large corporate users often seeking headquarters space such as LinkedIn Corp., Apple Inc., Synopsys Inc., Samsung and many others. Companies like Facebook Inc. and Google Inc. want their workers on campus daily to collaborate with fellow workers, and both are investing in new corporate headquarters.  Some workplace experts warn that companies risk diluting their cultures if there is too much mobile working or telecommuting.

Twenty-four speakers including company founders, corporate facilities directors and futurist authors spoke Oct. 15 on work and the workplace in a daylong session at the new Evernote Corp. headquarters in Redwood City. Worktech12 West Coast was presented by U.K.-based Unwired Ventures Ltd. and is part of an international conference series on the future of work and workplace. Other Worktech locales include London, Melbourne, New York, Amsterdam and Singapore.

“The value of places can be summed up in one statement: Everyone has to be somewhere all of the time,” said workplace strategist and author of “Work Naked,” Cynthia Froggatt, the conference chair. Froggatt directed speakers to give attendees a “real action step” to improve their workplace after the day ended.

“My action step is to ask the recruiting team which jobs are hard to fill and why. The jobs that are hard to fill are typically keys to your success. If you listen closely to recruiting, you will get the information to shape the way you design the workplace experience.”

Maintaining his company’s start-up sensibility is at the core of his management preoccupations, said Evernote Chief Executive Phil Libin in opening the day. “We spend a lot of time thinking about when a company stops being a startup and becomes something worse,” Libin said. “It has to do with culture and space. The same factors that make the Evernote products are what makes the space.”

Evernote is a private, venture-backed company with a collection of applications designed to help people remember everything and to get work done. It has 30 million users and in May announced a $70 million Series D capital raise from multiple investors. It recently moved to Redwood City from Mountain View, he said, and is still experimenting with how to use its new space, which was designed by San Francisco’s O+A.

Global management consultant Accenture plc, a leader in the worker hoteling concept more than a decade ago, has persistently ratcheted down the amount of space it leases long-term. Instead, it deploys auxiliary “third-place” space leased in short spurts to expand and contract office capacity in rhythm with daily demand.

The company formerly leased five floors of offices each in San Francisco and New York; it now leases two floors in each city and has no growth plans. Accenture has 257,000 workers worldwide and reported net income of nearly $28 billion in the fiscal year ended Aug. 31.

“Accenture went public in 2000 and that meant others were looking at our operating costs. Our G and A was very high for a public company,” said Daniel B. Johnson, the Dublin, Ireland, company’s global director of workplace innovation.

Real estate represented about a third of its general and administrative costs, he said. To rationalize the real estate expense, the consultant sought to maintain the size of its property portfolio but to expand its headcount and grow revenue. A workplace utilization study of a Chicago office building found that exactly as with an electric utility, there were daily and weekly peaks and valleys in demand. Satisfying those peaks by diverting demand to short-term space means the company is able to delay expansion of its long-term leased portfolio while also giving workers choice about where to work on any given day.

Office landlords will not be able to rely on large, long-term leases with single tenants to fill buildings, said Mark Gilbreath, chief executive of Palo Alto’s LiquidSpace Inc. “It will be more like a layer cake. Only a portion of the occupancy will be long-term. Short, medium and long term is the healthy balance going forward,” Gilbreath said.

LiquidSpace is an Internet-based, on-demand office leasing application that connects users to office space large and small that can be leased in increments as short as 15 minutes. Accenture is a LiquidSpace customer.

Themes such as promoting heightened worker collaboration, increased worker mobility and the contraction of demand for company-owned or -leased real estate have been part of the workplace future dialogue for a number of years, said Bryant Rice, vice president of strategic accounts for contract furniture maker SideMark in its Santa Clara headquarters.

Rice attended this year’s Worktech session and the 2011 version held at the then-new Nokia Inc. campus in downtown Sunnyvale. The current discussion pivots away from that some.

Santa Cruz-based Plantronics Inc. organizes its workplace principles around “bricks, bytes and behaviors,” said Tom Gill, chief information officer. The audio-technology company famous for its wireless headsets seeks to use communications technology to foster constant collaboration within a flattened corporate hierarchy that brings all minds together.

“It has been remarkable to many of us to see the voices that have been brought forth, for someone to ask the CTO a question around a product idea. It has driven a different set of skills for managers, breaking down traditional hierarchies and making for frictionless collaboration,” Gill said.

“With bricks, the key thing is flexibility. We need to be able to provide different collaborative environments and to move seamlessly from conference rooms to lounges to chat rooms,” he said.

The company already considers itself a leader in telecommunications and collaborative work culture. “We looked deeply at ourselves and asked, ‘Can we lead around our workspaces and the technology that we bring to bear for our associates?’ And we have been going after it,” he said.