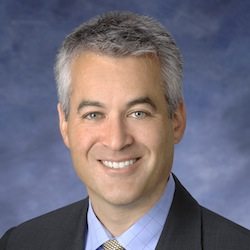 Since joining SRGNC as a vice president in May 2011, Holzman is leading the SRGNC team on the 1.1-million-square-foot Google Bay View office campus in Mountain View.

“For two years, Jeff has successfully led a design team in an ongoing collaboration with Google to establish and meet the tech giant’s cutting-edge real estate goals,” said Jeff Birdwell, President of SRGNC’s commercial division.  “He has consistently won praise and appreciation from the client, as well as from his Sares Regis team members.”

Holzman achieved his B.A. in history at Stanford and his MBA from Berkeley’s Haas School of Business, with an emphasis in real estate. 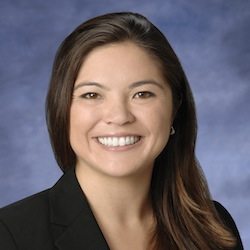 Ota joined the firm in March 2011 as a project manager and has been instrumental in site selection, due diligence, and all phases of the acquisition process for Informatica’s new corporate headquarters, located in Redwood City.  She has also worked on Redwood City’s Docktown Marina, the Airgas redevelopment project, and assisted with the Foster City Center and Google projects.

In 2013, Ota’s main focus has been as lead project manager on NVIDIA’s 500,000-square-foot office campus project in Santa Clara, which is currently being designed.  She has a B.S. in civil engineering from the University of Hawaii at Manoa and an M.S. in structural engineering from Stanford.

“A licensed structural engineer, Meris continues to be a strong asset in creating a visually-iconic headquarters for NVIDIA,” said Birdwell.  “We’re very fortunate to have both Meris and Jeff as part of SRGNC’s commercial team.”

About Sares Regis Group of Northern California
Sares Regis Group of Northern California and its affiliates, Regis Homes Bay Area and Regis Contractors Bay Area, are regional companies based in San Mateo, California.  As leading developers and managers of commercial and residential real estate in the western United States, the companies have more than 6.5 million square feet of commercial properties valued at $500 million and over 2,800 residential units under development.  Since its inception, the company has acquired or developed approximately 46 million square feet of commercial properties and 20,000 multifamily and residential housing units.

The Northern California companies are also affiliated with Irvine-based SARES·REGIS Group, and together they have a combined portfolio of property and fee-based assets under management valued at more than $4 billion, including 13,000 rental apartments and 15 million square feet of commercial and industrial space.  For more information, please visit: www.SRGNC.com.