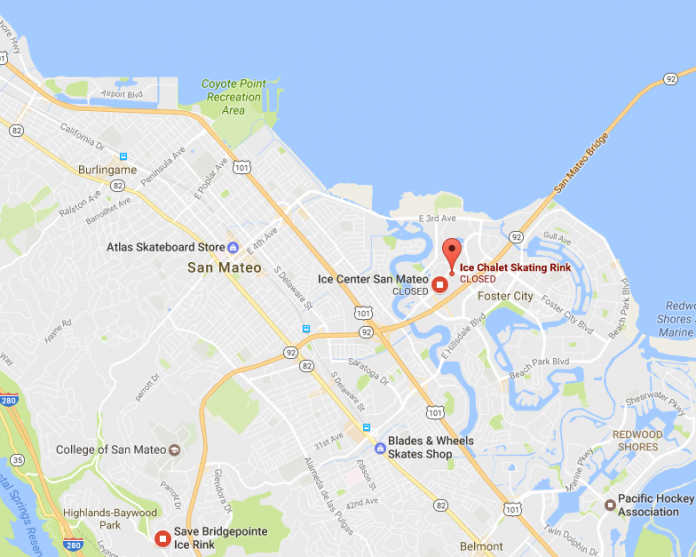 San Mateo, CA, March 9, 2017 — SPI Holdings, the owners of the Bridgepointe Shopping Center, verbally notified the City of San Mateo that they are withdrawing their current application to replace the former Bridgepointe Ice skating rink with retail stores. Instead, SPI Holdings will make the ice rink space available to ice rink operators who wish to rent the space and open the ice rink to the public again. A formal letter withdrawing the application will be sent to the City shortly.

The San Mateo Planning Commission recently rejected the most recent offer from the Bridgepointe owners to replace the long empty rink space with retail stores. SPI had offered the City $8 million as compensation for the City of San Mateo to use for other recreational needs. The offer was $5 million more than the legally required compensation of $3 million previously determined by the City.

“This has been a long and difficult process and I misjudged the civic devotion to the ice rink,” said SPI partner Dennis Wong. “After hearing the Planning Commissioners who voted against the most recent offer and members of the public who also urged the offer be rejected, I have decided to offer the space to ice rink operators who want to re-open an ice rink in the existing facility. We will not pursue retail stores in the space.”

“We appreciate the efforts of all those who worked to find a solution, but given the continued strong opposition to the conversion, we will instead make the space available for lease to ice rink operators who can re-open the facility to the public,” said Mr. Wong.

Councilmember Joe Goethals, who has led the City’s effort to retain an ice rink in San Mateo County, was very thankful for SPI Holdings’ efforts in advancing options for the ice rink at Bridgepointe and the willingness of Dennis Wong to keep the lines of communication open. Goethals described the outcome as “a significant win for the residents of San Mateo and the ice skating community.” He added that “It is my understanding that SPI will be accepting offers from ice rink operators immediately for a long term lease and that the ice rink could re-open later this year.”

Dina Artzt, speaking on behalf of the Save of the Bridgepointe Ice Rink group said, “We are ecstatic to hear that SPI intends to reopen this beloved recreational destination. The community has fought long and hard and we applaud and commend Dennis Wong and SPI for keeping an open mind and hearing the many voices to reopen this important community asset. We all look forward to skating again at Bridgepointe soon. “

A hearing before the San Mateo City Council on the most recent offer by SPI Holdings set for March 20th is now not necessary.