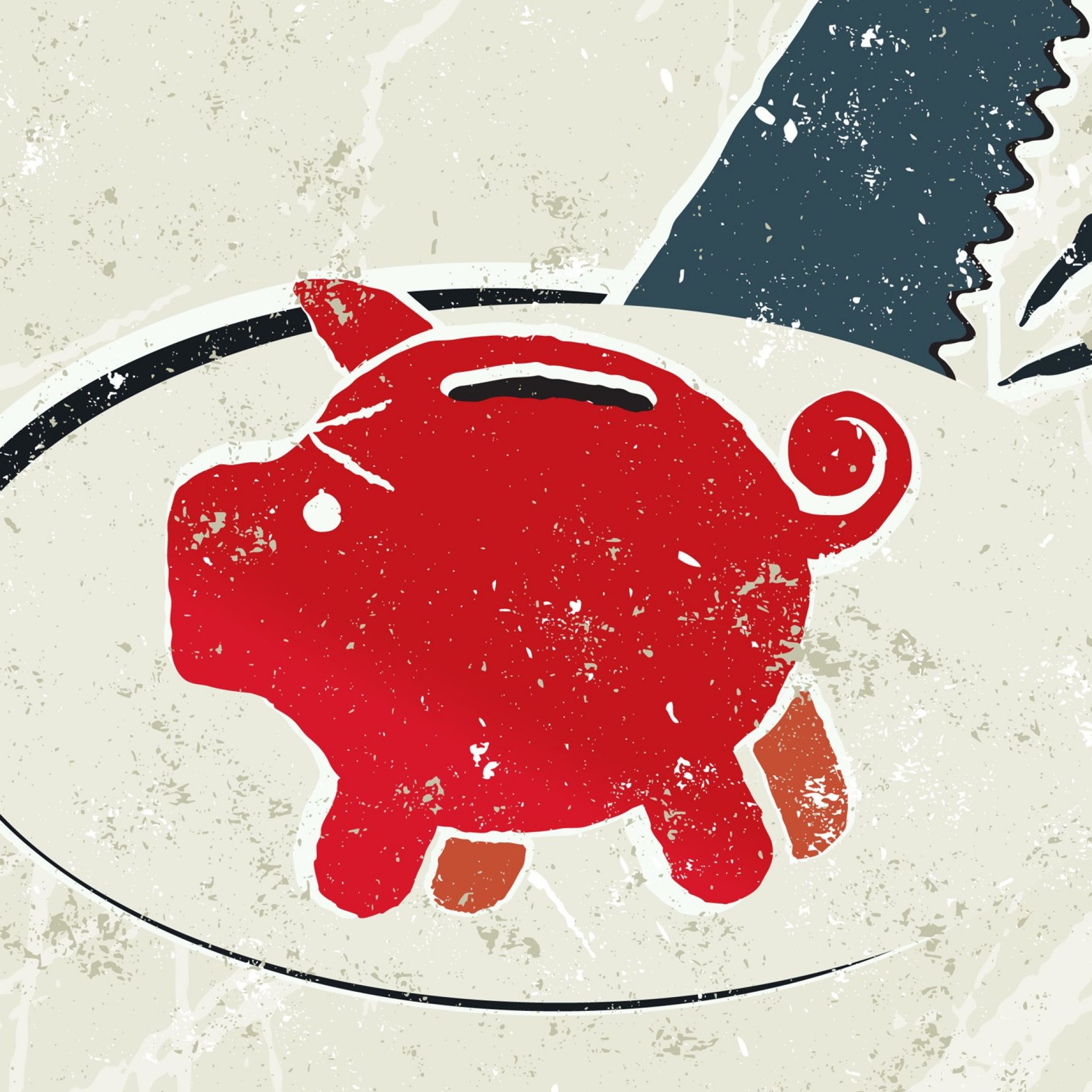 The San Francisco Bay Area is perhaps the most active development market in the country today, with the construction of multiple large corporate headquarters and too many new apartments to count. Insurance is obviously a critical aspect to the successful development of commercial real estate, and just as we head into this busy building period for our region, the builders’ risk and general liability market for construction projects is getting much more expensive and options are limited, especially for wood-frame construction. 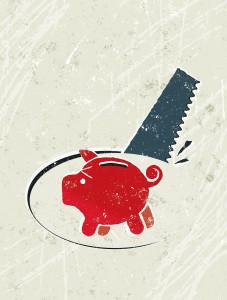 The fire at the apartment complex near the West Oakland BART this past summer, which destroyed an almost complete structure, stoked the fear of underwriters and has led to increased costs and reduced insurer capacity. A good broker with strong data should be able to effectively market a developer’s risk and provide good options. But there is no question that the rates will be higher next year than in 2011 and probably are not going down. These costs haven’t hindered a development project going forward at this point to my knowledge, but eventually there will be an impact.

One reaction among many developers and owners to secure general liability and completed operations insurance is to use owner-controlled insurance programs, or OCIPs, for new construction. An OCIP includes liability insurance for the owner, general contractor and most subcontractors for the term of a project and for the statute of repose period afterward in relation to construction defects. The benefits of these programs include consistent liability limits for all subcontractors and increased confidence that the insurance will be in place to cover construction defects. The market is getting more limited and more expensive, however, especially to secure coverage that is high enough to satisfy the requirements to get a construction loan.

There has been a wide range of market predictions since the beginning of the year about what would happen to premiums as the months wore on. Some of the predictions have come to fruition; some have not. Because 2011 was a terrible year for the property and casualty insurance industry, insurance underwriters have wanted to push rates to help recover from the losses of the previous year. Counteracting this desire for a “harder” market is the fact that there remains a great deal of capital or surplus in the industry. Competitive forces are keeping the overall results manageable. There are some segments that are seeing increases in both rates and deductibles, but the forecast at this point for the next six to 12 months is for more of the same—increases in premiums and rates but at a slow, steady pace.

The property insurance market has been in flux during all of 2012. The early part of the year saw double-digit increases in property insurance premium rates especially for multifamily properties. Insurers cited poor loss experience and the need to improve profitability to recover from their poor “combined ratio” showings (losses plus administrative expenses divided by premiums) of more than 110 percent in 2011—an especially poor year with multiple catastrophes including earthquakes, tornados and floods. There was also uncertainty about the weather in the spring, and an expectation that there could be a severe hurricane season.

Through the year, there has been consistent talk about firming prices, especially in some segments. However, the opposing force to the push to raise rates is the strong earnings posted by the overall property & casualty industry for the first quarter. The Insurance Services Office and Property Casualty Insurers Association of America recently reported a 245 percent increase in net income over the first half of 2011, rising to $16.42 billion. The first-half combined ratio fell to 102 percent.

As summer passed without any serious storm damage—only Hurricane Isaac caused any real losses and those were between $1 billion and $2 billion industry wide—the market began to settle down. With effective data presentation and marketing, and good loss experience, property owners should be able to keep their renewal rate increases under control, according to a midyear update from national insurance broker Lockton Cos.

Underwriters are paying increased attention to proper valuations of specific properties. All insurers are scrutinizing the replacement costs given for underwriting purposes. One of our clients found itself facing a serious restriction in coverage after putting forth what the insurer believed were too-low replacement values. The client was able to document that the values were accurate, and the insurer backed off. The situation showed that as with any financial transaction, the more detailed information that is available, the better people are able to make sound and reasonable decisions.

Another recurring issue is the consistent usage of “RMS-11,” a catastrophe-modeling program that is used by insurers and reinsurers to manage their catastrophe exposure. The models are backward looking, so RMS-11 of late has had a greater focus on Tier 1 wind losses—losses characteristic of a coastal Florida location, which became much more of an issue after Hurricane Ike in 2009. A company that has significant exposure to Tier 1 wind can find itself with fewer options to buy primary and excess insurance sufficient to insure its full exposure. The modeling process is constantly being tested and refined to include new methodologies that address the shifting risks across the globe.

Many of the severe losses of 2011 occurred in areas not usually considered hazardous, such as the floods in Thailand. Even though the risks are not specific to U.S. real estate, the resulting trepidation can cause higher rates and higher deductibles. The use of RMS-11 cannot be avoided, but if it is well understood, premium surprises can be avoided. As we move into 2013, the changes as a result of the modeling should be built into the rates, and it will have less of an impact on pricing.

California earthquake insurance capacity is still sufficient and premiums have remained fairly flat. Whether an owner should purchase earthquake insurance is a question with a wide range of answers. There hasn’t been a serious earthquake in the United States for years, although there is always the fear of “the next big one.” There is much more real concern about Tier 1 wind and hail losses, and the pricing for those exposures saw increases of 12 percent to 20 percent, according to a mid-2012 review by national insurance broker Arthur J. Gallagher & Co.

In particular, multifamily properties, especially wood-frame, are seeing rising rates and deductibles due to poor losses, especially in the special peril category, which includes fire, vandalism and the like. It is especially important to carefully monitor loan covenants because some lenders require specific, low deductibles. Fannie Mae and Freddie Mac can accommodate some changes, but you need to be proactive in raising the change and addressing their concerns.

The casualty insurance market has been more moderate in its approach, but there are still increases in the rates and the deductibles. There is a correlation between the state of the economy and losses, and as the economy remains weak, claims continue to have adverse development, where claims end up costing more than initially anticipated. Property owners should do all they can to manage these losses, including reducing risks through excellent maintenance, good lighting, great upkeep, etc. National insurance broker Marsh Inc. in its third-quarter update reported an approximately 1.2 percent increase in liability insurance rates, with the increases beginning to stabilize.

So the insurance market is making noises about increased pricing and reduced capacity, though as time goes on without a large loss, the push for increased rates becomes less sustainable. Underwriters are seeing some losses, but no real catastrophic, market-changing events. There is a push to increase rates and deductibles for certain risks, and those segments will need to make sure their data is well-scrubbed. As long as there is ample capital in the insurance industry, pricing will remain manageable. Of course, there are segments that have more challenges than others, like multi-family wood-frame construction. But with attention to detail and good marketing, you should be able to maintain your programs in a cost effective way.

Joan Spiegel is a partner with Oakland’s Nelson & Bernstein LLC, an independent, risk-management consulting firm. She can be reached at 510-268-9030 or JSpiegel@NBLLC.net.