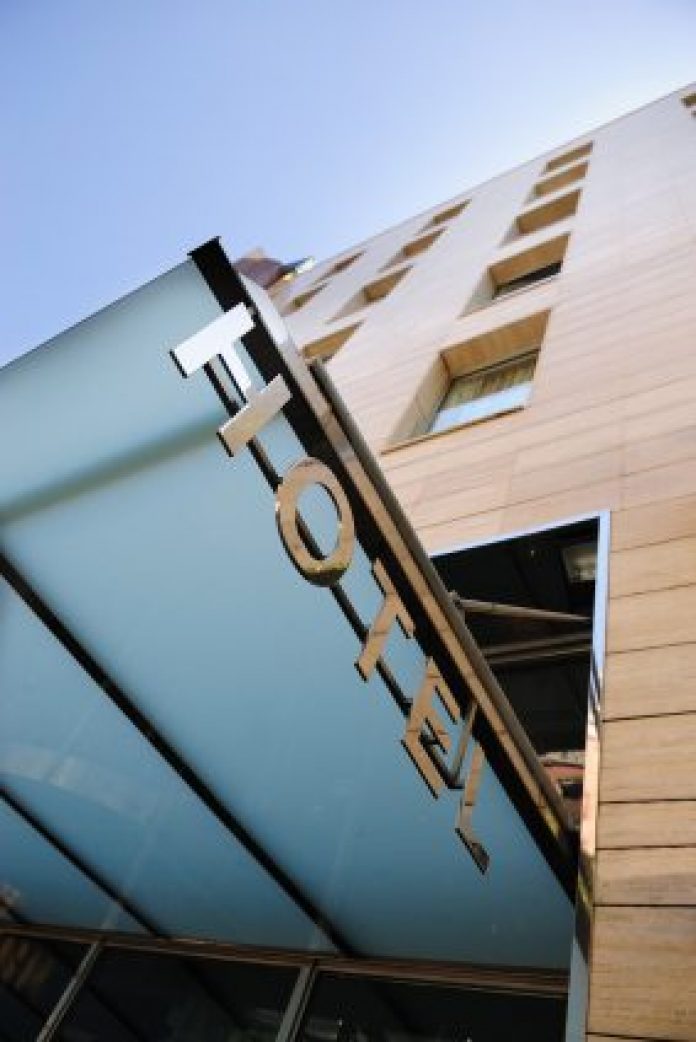 The total purchase price of $249 million, or approximately $351,000 per key, represents an average capitalization rate of 8.4 percent based on management’s current estimate of the hotels’ net operating income for the full-year 2019. With an average RevPAR of $162 and average hotel EBITDA margin of over 50 percent, the pending acquisitions will further enhance the Company’s diverse portfolio of well-located hotels with efficient operating models. The joint venture expects to invest approximately $23 million of capital on the four hotels during the first three years of ownership. The pending transaction is expected to close in the fourth quarter of 2019.

The Residence Inn by Marriott Portland Downtown/RiverPlace benefits from a wide range of demand generators including Portland State University, Oregon Health & Science University (OHSU), the Oregon Convention Center, the Moda Center, and more than 28 million square feet of office space occupied by government, professional services, law firms, healthcare, education, and tech tenants. The hotel is located in the emerging RiverPlace district on the southside of downtown Portland which is experiencing significant development, most notably OHSU’s expansion just south of the hotel. Portland’s walkable downtown district offers bars, restaurants, parks, trails, and shopping. Additionally, continued development of the Pearl District has made Portland a top leisure destination on the west coast.

The Hilton Garden Inn San Francisco Airport North is located in South San Francisco, home to numerous biotech companies, including Genentech’s world headquarters. The rapidly developing Oyster and Sierra Point area is home to other major tenants including YouTube, FedEx, General Electric, Hitachi, Acerta Pharma, Genesys, Johnson & Johnson, Myriad Genetics, Agmen, Kaiser Permanente, Merck, and Alector. The depth of demand in the market is expected to continue to increase as more than seven million square feet of office and mixed-use projects and over 2,600 residential units are currently in development in South San Francisco.

The Hilton Garden Inn San Jose Milpitas is located at the southern tip of the San Francisco Bay at the edge of what is commonly referred to as the “Golden Triangle” of Silicon Valley. To meet the high demand for housing, offices, and retail in Silicon Valley, Milpitas is redeveloping 437 acres of underutilized industrial land into a transit-oriented village that will include 7,100 housing units and 1.3 million square feet of commercial, retail, restaurant, and entertainment space centered around the proposed Milpitas BART station and the VTA Light Rail system. The area is home to prominent companies including Cisco Systems, KLA-Tencor, Western Digital, Micron, and Cadence Design Systems. In addition, the hotel is within walking distance to numerous bars and dining options.

The Residence Inn by Marriott Portland Hillsboro is located in what is considered the heart of “Silicon Forest”, one of the most diversified high-tech industry clusters on the west coast. Intel, Oregon’s largest private employer and the world’s largest computer chip maker, employs approximately 20,000 people on four campuses in the market and recently announced a 1.5 million square foot campus expansion that would increase Intel’s workforce in the area by nearly 10 percent. In addition to the presence of Intel and other tech manufacturing, the submarket is home to Nike’s global headquarters which just completed a 3.2 million square foot expansion in 2019. The hotel is along Sunset Highway directly adjacent to Tanasbourne Village, a 400,000 square foot outdoor shopping center with numerous restaurants, bars, shops, and entertainment options.

The Company has separately entered into agreements to sell the 130-guestroom Hilton Garden Inn SE/Liberty Park and the 95-guestroom Hilton Garden Inn Birmingham Lakeshore Drive for an aggregate sales price of $21.8 million, or $97,000 per key, which will result in an estimated combined gain on sale of $4.8 million. The sales price represents a capitalization rate of 7.1 percent based on the hotel’s net operating income for the twelve months ended August 31, 2019 and 5.7 percent including estimated foregone capital improvements. The combined RevPAR and hotel EBITDA margin for the hotels was $84 and 24.5%, respectively, for the twelve months ending August 31, 2019. The pending transaction is expected to close during the fourth quarter 2019.

Summit Hotel Properties, Inc. is a publicly-traded real estate investment trust focused on owning premium-branded hotels with efficient operating models primarily in the upscale segment of the lodging industry. Upon completion of the aforementioned transactions, the Company’s consolidated portfolio will consist of 72 hotels with a total of 11,288 guestrooms located in 23 states.