Boston-based TA Realty is looking to extend its investments across the commercial real estate spectrum in the United States. The company has established a targeted capital raise of $1.25 billion for its TA Realty Value-Add Fund XIII, according to information written in a board meeting document for the Mississippi Public Employees Retirement Fund. The pension fund approved a $75 million commitment into the fund.

TA Realty declined to comment when contacted for this story.

The new commingled fund is targeting a range between 45 percent to 55 percent of the fund to be invested in industrial assets. These will likely be warehouse and distribution facilities in major distribution hubs across the country. The locations where the fund will likely make acquisitions include both Southern California and Seattle in the Pacific Northwest, along with Chicago in the Midwest, New Jersey in the East, and a number of markets across the South and Southeast such as South Florida, Dallas, Houston and Atlanta.

Fund XIII might be allocating a smaller portion of the fund for West Coast office markets. TA Realty will operate with caution in the office sector, according to the board meeting document. This property type will make up only 5 percent to 15 percent of the fund. The areas under consideration would include Northern and Southern California and Seattle and be joined by Boston and Washington, D.C. All of these markets are considered by the manager to be areas that have well-located, multi-tenant properties in major employment and population growth regions.

It is not clear if the other property types for the fund will include transactions on the West Coast. Multifamily is projected to cover 35 percent to 45 percent of the fund. The investment strategy for this property type will be to consider newer communities located in high growth markets including Sun Belt locations like Charlotte and Phoenix. Retail will be no more than 5 percent of the fund and focused on neighborhood and community shopping centers with a grocery anchored tenants where TA can add value by repositioning the asset and establishing a broader tenant mix.

The commingled fund is targeting returns of net IRRs in the range of 10 percent to 12.5 percent and gross IRRs of 12.5 percent to 15 percent. TA expects that half of the return comes from income and the balance in appreciation. The overall value-add strategy focuses on employing hands-on active asset management in order to maximize cash flow.

TA Realty will be making a co-investment into Fund XIII. This is expected to be 1 percent of the aggregate commitments, or $12.5 million based on the targeted capital raise. The plan is that 80 percent of the co-investment will come from Rockefeller Group International and a wholly owned subsidiary of Mitsubishi Estate Company, which together own 70 percent of TA Realty and the other 20 percent from the TA Realty team. 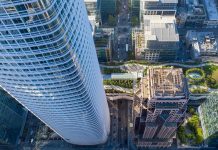 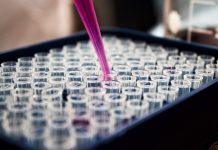