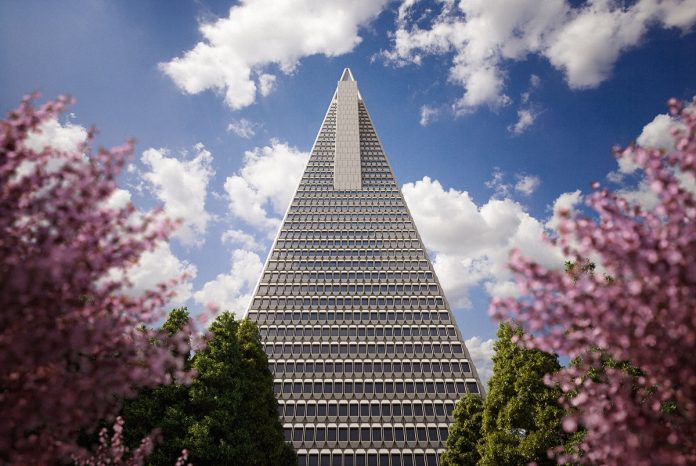 SAN FRANCISCO, Dec. 6, 2022 — Today, in a ceremony featuring remarks by Mayor London Breed and other community leaders, the Transamerica Pyramid will celebrate 50 years since opening its doors, marking the beginning of a year-long commemoration and $400 million redevelopment of the site.

Ahead of its time since 1972, the iconic skyscraper, designed by futurist architect William Pereira, has long been a symbol of San Francisco’s ambition.

Its reimagination, by luxury real estate development and investment firm SHVO in collaboration with world-renowned architects Foster + Partners and a team led by Pritzker Laureate Lord Norman Foster, will transform the Transamerica Pyramid into the headquarters for the world’s brightest minds and a place of community and pride for all San Franciscans for years to come.

Representing the single largest investment in downtown San Francisco since the start of the pandemic, the new design will revitalize and restore the entire site, which encompasses an entire city block in the Financial District, while respecting William Pereira’s original vision and celebrating the property’s unique heritage. The three buildings – the Transamerica Pyramid, Two Transamerica (505 Sansome Street), and Three Transamerica (545 Sansome Street) – will be brought together through a series of strategic interventions at ground level while the historic Redwood Park will be reinvigorated, creating an inviting sense of place and a dynamic new destination for the city.

“Since it was first designed by William Pereira, the Transamerica Pyramid has been about the people and community it serves, from its generous design which allows light onto the street and redwoods below, to its bold form which serves as a tribute to San Francisco’s futuristic spirit.” said Michael Shvo, Chairman & CEO of SHVO. “Following our acquisition of the building in 2020, the first thing I did was remind my team that the property really belongs to the people of San Francisco, and that we are simply its custodians. Honoring this intent informs every aspect of the revitalization program we are carrying out in collaboration with Lord Norman Foster and his team, which will serve to usher in the next 50 years of this most iconic of properties.”

Norman Foster, Founder and Executive Chairman, Foster + Partners: “William Pereira’s striking structure exemplifies the pioneering, free-thinking spirit of San Francisco. Following on, our proposal for an entire city block brings together themes of new public space, creative recycling, innovation and building with history, celebrating Pereira’s futuristic vision that has produced one of San Francisco’s most recognisable landmarks. Together with Michael Shvo, we are proud to mark the 50th anniversary of the building by breaking ground on site today.”

David Summerfield, Head of Studio, Foster + Partners, added: “On the 50th anniversary of the Transamerica Pyramid, we are proud to celebrate the first steps towards the rebirth of this landmark structure. Working in collaboration with SHVO, our proposals draw connections between the city’s urban history and the creative streak that underpins the spirit of San Francisco, highlighting the key role the building has played in the development of the city as we look towards a new phase in its history.” (Ed. note: Foster + Partners will be working with Huntsman Architectural Group, a San Francisco-based firm that is the Architect of Record for this project._

“The Transamerica building has been an iconic part of our Downtown and San Francisco’s skyline for decades and will now be revitalized to be a strong part of the City’s future,” said Mayor London Breed. “This project is reflective of what we are trying to do Downtown as we emerge from this pandemic by not only making an incredible investment in the building itself, but also transforming the surrounding area to make the neighborhood more vibrant for all the public to enjoy. This shows a real commitment and belief in the future of not only Downtown, but San Francisco overall.”

The Transamerica Pyramid opened in 1972 at 600 Montgomery Street, long known as the “Wall Street of the West” and the gateway to San Francisco’s Financial District. The quartz-studded concrete tower has over 3,000 windows, rises 853 feet, and was designed by William L. Pereira & Associates, the famed firm that helped pioneer California’s distinctive modernism in the second half of the 20th century. It is currently the tallest pyramid structure on the planet.

In 2020 the building was sold for the first time in its history to SHVO and Deutsche Finance America for $650 million, the United States’ largest commercial transaction to occur amidst the COVID-19 pandemic. The Complex is slated for a multi-phase renovation estimated at $400 million, intended to elevate the Pyramid from a visual marvel into a magnetic destination for both tenants and the public.

Foster + Partners is a global studio for architecture, urbanism and design, rooted in sustainability, which was founded over fifty years ago in 1967 by Norman Foster with his late wife, Wendy. Since then, he and the team around him have established an international practice with a worldwide reputation for thoughtful and pioneering design, working as a single studio that is both ethnically and culturally diverse. The studio integrates the skills of architecture with engineering, both structural and environmental, urbanism, interior and industrial design, model and film making, aeronautics and many more – our collegiate working environment is similar to a compact university. These diverse skills make us capable of tackling a wide range of projects, particularly those of considerable complexity and scale. Design is at the core of everything that we do. We design buildings, spaces and cities; we listen, we question, and we innovate.

The studio has established an international reputation with buildings such as the Hearst Headquarters in New York, 30 St Mary Axe, popularly known as The Gherkin, in London, Millau Viaduct in France, the German Parliament in the Reichstag, Berlin, The Great Court for the British Museum, Headquarters for HSBC in Hong Kong and London, the ME Hotel in London, Commerzbank Headquarters in Frankfurt, the Metro Bilbao, the Carré d’Art Nîmes, the sustainable Masdar development in Abu Dhabi, and research centres for Stanford University, California. Recent work includes the Norton Museum of Art in West Palm Beach, Samson Pavilion for CWRU and Cleveland Clinic in Ohio, Duo Central Park in Sydney, Apple’s headquarters in California, Bloomberg’s new European headquarters in London and the Comcast Technology Center in Philadelphia. Currently, the practice is involved in projects such as the New Slussen Masterplan in Sweden, Kuwait International Airport, and 425 Park Avenue in New York.