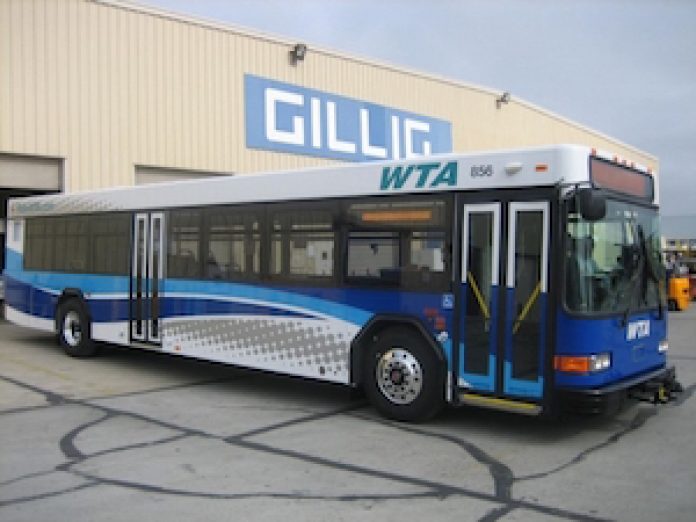 One of the longest-standing Bay Area companies is building a new factory in the East Bay, citing the need to grow and to retain its current workforce.

The country’s top manufacturer of heavy duty transit buses was founded in San Francisco by Jacob Gillig in 1890 and was still family-owned in 1938 when it moved to Hayward. The company became corporate-owned in 1969 and was purchased in 2008 by CC Industries, which is owned by Chicago’s Crown family.

In September it broke ground on 40 acres of vacant land in the Oaks Business Center in Livermore, a Trammell Crow Co. property managed by Lafayette-based Beacon Group Ventures. The site will include a 35-foot-tall factory with offices, supported by two much smaller buildings, a guardhouse, and assorted compressor and diesel facilities. The latter will include four above-ground natural gas compressors and a storage tank along with an underground diesel storage tank and two fueling stations. The main building, which also includes warehousing space, will comprise 556,566 square feet. The smaller buildings are 50,000 and 27,000 square feet, respectively. 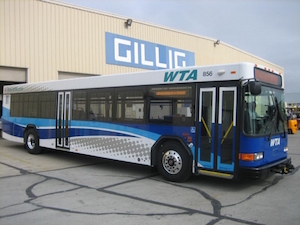 “We wanted to keep it local… The reason we’re keeping it local is to keep our team together,” said Maunus, who became president in 2012, his third year with Gillig. Speaking for one of the small handful of companies still making buses exclusively in the U.S., he added, “It’s important that we’re supporting American jobs.”

Maunus declined to predict how many jobs would be added to the company’s 800-plus employees. He anticipated some even though the company is not launching any new models in 2017 because, he said, “We’re increasing the capacity of our operations.”

The Oaks Business Center is located on 140 acres in northwest Livermore near Livermore Municipal Airport, about a 20-mile drive east-northeast of Gillig’s current digs at 25800 Clawiter Road, near the San Mateo Bridge in Hayward. Maunus said Gillig owns its current site and is “undecided” about plans for it.

The building contractor for the new plant is Pleasanton-based Big D Pacific Builders and the architect is Jim Terry, a principal at Ware Malcomb in Pleasanton. Although Terry is LEED AP credentialed, Maunus said the nature of this project prevents possible LEED certification.

“Livermore has been great to deal with,” he said of the community and the city staff regarding the new project. He projected completion to occur late next year or in early 2017, “depending on El Nino.”