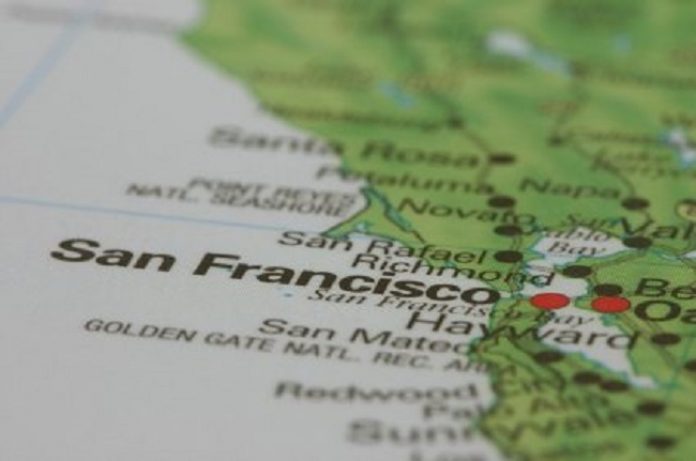 Two-quarter hit to GDP is expected, but uncertainty around COVID-19 means the effects may be worse

LOS ANGELES, March 12, 2020 — Pulling no punches, the UCLA Anderson Forecasts for the national, state and global economies take a hard look at the potential impacts of COVID-19.

“What makes COVID-19 different from the prior epidemics SARS (2002–03), MERS (2012), Ebola (1976– ) and especially H1N1 (the ‘swine flu’ of 2009–10, which killed 12,500 Americans alone) is that although maybe fatal, it is potentially far more contagious,” writes senior economist David Shulman. “It is the contagious nature of COVID-19 that triggered the economic shutdowns that have become so disruptive to the global economy. Remember, China is far more integrated into the global economy than it was during the SARS epidemic.”

In his essay titled “Coronavirus: Supply Shock and Demand Shock,” Shulman notes that the realization that COVID-19 might potentially wreak havoc on the global economy shocked the securities market in February. Whereas the United States-Mexico-Canada Agreement, known as the USMCA, and the truce in the U.S.–China trade war had pointed the U.S. and the world toward moderate growth in 2020 and beyond, this public health emergency evolved into an economic emergency as the economies of China, Japan, South Korea and northern Italy began to shut down.

The impact is far-reaching. As Shulman notes, the last week of February saw the U.S. stock market (as measured by the S&P 500) decline by 11.5%, its biggest weekly decline since the height of the financial crisis in October 2008, while the yield on the 10-year U.S. Treasury bond dropped 35 basis points to a record low of 1.15%. Meanwhile, oil prices plummeted.

“We view the COVID-19 epidemic and likely pandemic to work as both a supply shock and a demand shock on the economy,” Shulman wrote in the days before the World Health Organization declared the outbreak to be a pandemic. “As a result, we are assuming a two-quarter hit to real GDP growth in the second and third quarters of this year, with very modest increases of 1.3% and 0.6%, respectively, compared to the 2%-plus growth we previously forecasted.”

Shulman acknowledged that the Federal Reserve cut its benchmark federal funds rate by a full 50 basis points on March 3 and that further cuts are likely. However, he noted that monetary policy is neither a cure nor a vaccine for COVID-19.

“It cannot reopen factories in China or Italy, and it cannot convince frightened people to travel,” Shulman writes. “But it might reduce fears that something worse could happen to the economy and might alleviate the pain of stressed businesses facing supply-side shortages.”

The latest UCLA Anderson Forecast for the nation represents only a preliminary estimate of the impact of the coronavirus on the economy. The 1.5% forecast for real GDP growth on a fourth-quarter-to-fourth-quarter basis should be viewed as a midpoint between a minimal effect and a full-blown recession. The UCLA Anderson Forecast anticipates that the Fed will go beyond its recent 50-basis-point cut, and interest rates will remain low for the entire forecast period.

The lone bright spot in response to the low interest rates will be a much stronger housing market than previously forecast. As a caution to the forecast beyond 2020, it should be noted that this year’s presidential election, as in 2016, increases the risk that untested economic policies could be put into place in 2021.

The COVID-19 epidemic has caused an attitudinal change regarding the California economy. December 2019’s 3.9% unemployment rate (including sub-3.0% rates in many coastal counties) represented an income growth rate for the state that outpaced that of the rest of the country. Whereas that growth and the newly signed Phase One trade agreement between the U.S. and China were causes for optimism, disrupted supply chains and near-nonexistent trans-Pacific travel shift the mood to one of pessimism.

Citing public statements by executives at the ports of Los Angeles and Long Beach who note declines in container traffic and labor levels, UCLA Anderson Forecast director Jerry Nickelsburg writes that the implications are clear: “Fewer goods than expected this time of year are coming into the ports, and the logistics industry is already feeling the pain.”

Meanwhile, Nickelsburg says, the government’s response to the epidemic is mixed, with the Centers for Disease Control and Prevention calling it a “serious public health threat,” and with President Donald Trump taking issue with that assessment. As it relates to predicting its impact on the California economy, the epidemic is in its early stages, making it challenging to incorporate its impact into the forecast.

In an essay titled “A Globalized California and the Coronavirus,” Nickelsburg notes that the strength of the state’s economy provides a buffer, particularly if interruptions to supply chains and travel are short-lived. That said, as with the U.S. forecast, the first three quarters of 2020 will be weaker than previously believed for California, with the third quarter the weakest. By the last quarter of the year, Nickelsburg’s forecast is now expecting a recovery will be underway, and by 2022, the economy is anticipated to be more or less at the same level it would have been absent this event.

Nickelsburg’s essay considers the potentially negative effect of a worldwide epidemic of COVID19, focusing on the consumer sectors.

“The interruption of trade will impact transportation and warehousing, and retail and wholesale trade,” he writes. “The interruption of travel will impact international tourism.” In addition, Nickelsburg cautions, “There will also be an increased demand for health care services and personal care services, though estimating that is also problematic.”

As to the specifics of the California forecast, Nickelsburg writes that the data at this point do not indicate an overall recession, though some economic sectors will be adversely affected by the current health crisis.

“To be completely up front about the forecast, we do not have substantial enough data on these kinds of events to be more definitive, and therefore there is elevated risk in the forecast,” Nickelsburg writes.

The increase in the unemployment rate at the end of 2020 and the beginning of 2021 is a consequence of the slower growth during this period. It is followed by a rebound in economic growth and hiring in 2021. For the entire years of 2020, 2021 and 2022, Nickelsburg expects average unemployment rates of 4.4%, 4.5% and 4.3%, respectively.

The forecast for total employment growth rates in those same years is 0.5%, 1.0% and 0.8%. Payroll jobs are expected to grow at rates of 1.0%, 1.0% and 0.9%, respectively, reflecting weaker growth in payrolls and in total employment over the last year, as the weaker economy takes its toll. In spite of the weaker economy, the continued robust demand for housing, coupled with lower interest rates, leads to little change in the forecast for homebuilding. The forecast calls for 117,000 net new units in 2020 — a 6.5% increase over 2019.

Predicting the impact of coronavirus on the global economy

As a benchmark, in a companion essay, economist William Yu analyzed the potential impact of COVID-19 on the global and U.S. economies. In his analysis, Yu considered the effects of the SARS outbreak in 2003–03.

Yu’s investigation yields a pair of conclusions. First, the overall economic impact of the coronavirus depends on how long the epidemic lasts and how broadly it spreads. He predicts its influence on the global economy to be around a 0.9 percentage point reduction of global GDP growth. The impact on the U.S. economy is estimated to be a 0.7 percentage point reduction. If there are more deaths in the coming months, more panic and more disruption will cause the loss to increase incrementally.

Second, international tourism will be the hardest-hit industry. Yu estimates that the cost to the U.S. will be $4.3 billion per month at the current scale of the epidemic, mostly owing to the loss of Chinese tourism. The global impact is estimated to be $26 billion per month on average. The longer the epidemic lasts, the larger the loss.

UCLA Anderson March forecast conference, “Focus on the Changing Business of Health Care” has been postponed

To help prevent the spread of COVID-19, the March 2020 Economic Outlook On Campus Conference will not take place. (As of this time, there have been no confirmed cases of the coronavirus on the UCLA campus.) The keynotes and panels on the changing business of health care will be rescheduled for September 2020.

In lieu of the quarterly in-person conference, the UCLA Anderson Forecast will release its March 2020 Quarterly Forecast as a video presentation, and the Forecast reports themselves will be released as usual.

About UCLA Anderson Forecast
UCLA Anderson Forecast is one of the most widely watched and often-cited economic outlooks for California and the nation and was unique in predicting both the seriousness of the early-1990s downturn in California and the strength of the state’s rebound since 1993. More recently, the Forecast was credited as the first major U.S. economic forecasting group to declare the recession of 2001.

About UCLA Anderson School of Management
UCLA Anderson School of Management is among the leading business schools in the world, with faculty members globally renowned for their teaching excellence and research in advancing management thinking. Located in Los Angeles, gateway to the growing economies of Latin America and Asia and a city that personifies innovation in a diverse range of endeavors, UCLA Anderson’s MBA, Fully Employed MBA, Executive MBA, UCLA-NUS Executive MBA for Asia Pacific, Master of Financial Engineering, Master of Science in Business Analytics, doctoral and executive education programs embody the school’s Think in the Next ethos. Annually, some 1,800 students are trained to be global leaders seeking the business models and community solutions of tomorrow. 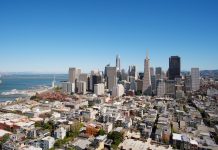 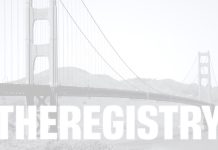 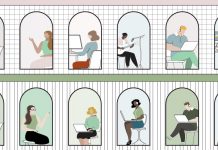