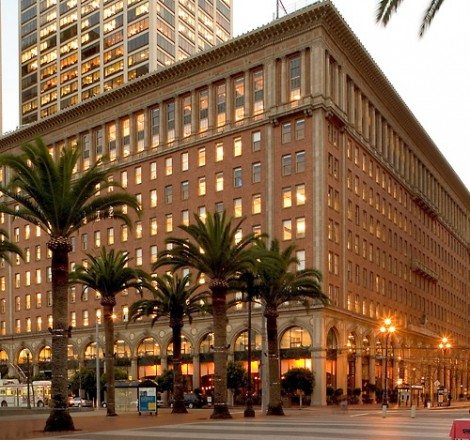 Visa will be having approximately 500 people placed into its new San Francisco location, according to sources familiar with the move. The new location will be 111,000 square feet at the One Market Plaza office building in the South Financial District section of the San Francisco office market.

The lease signed by Visa has a 12-year term, and it was done at a market rate. The weighted average rent for class A office buildings in the Financial District was $58.28 per square feet, according to data supplied by Colliers International through the third quarter of this year. The space it will be taking was two thirds vacant and one third was previously occupied by Salesforce.com.

One Market Plaza is an office building owned by New York City-based The Paramount Group. The property is going to have some significant rollover of leases over the next year. “There is going to be 370,000 square feet of space in the building rollover over the next 12 months,” says Chris Roeder, a managing director with Jones Lang LaSalle in its San Francisco office. He represented Paramount in the lease with Visa.

Visa worked on the lease through its broker, Ron Kilby, a first vice president with CBRE in its San Jose office. He declined to comment when contacted for this story.

Visa is planning on having its space occupied by several different parts of its company, according to sources familiar with the operation. This will include the company’s executive committee, a mix of some technology, product and innovation functions and other select teams and roles. The company will also use the space to host client-facing functions for key San Francisco Bay Area clients, with facilities for meeting with its partners visiting from around the globe who prefer to meet in San Francisco.

The office will not be built out as an executive office. The plans call for the space to be open and casual, with bench seating and a few small offices. The new location is planned for occupancy in the summer of next year.

Visa will be keeping its current office in Foster City at 900 Metro Center Boulevard. The company is planning to have some back and forth interaction between the two offices. It will include shuttle service available throughout the day between the two locations. Visa will hold regular live meetings in Foster City, including the company’s monthly all staff meetings.

Visa had over the past several months been evaluating its office location strategy in the United States. The end result is that it will keep is two offices in Northern California and other facilities in places like Austin, Denver and Miami.

One Market Plaza was developed in 1976. It’s currently 94 percent occupied. According to the Paramount Group Web site, this office building is the only asset in San Francisco that it owns. The company also owns office buildings in New York City and Washington, D.C.

One Market Plaza is one of 97 buildings totaling 24.2 million square feet located within the South Financial sub-market, according to Colliers International Research & Forecast Report for office buildings in San Francisco for the third quarter of 2013. This sub-market has a vacancy rate of 7.3 percent. The vacancy had been 7.4 percent for the second quarter of this year.