The Bay Area’s life sciences market has become hotter than ever, and available vacancies in the market rarely last long. Developers, tenants and others have taken to buying up existing industrial property in a bid to create more life sciences product, and rarely does plug-and-play space come onto the market. However, in Fremont, the Bayside Parkway Center has been posted for lease by Jadian Capital. The nearly-90,000 square foot center is currently vacant and is awaiting a new tenant.

The property is located at 47071 Bayside Parkway. The first floor of the building features chemistry, biology and bioassays labs with air locks, a glass demountable interior and perimeter office system, seven conference rooms and a cafeteria. Three break rooms and the cafeteria are also located on the first level.

“They poured an amazing amount of time and money into developing it for their own uses,” said Conte. “…The building itself is just an immaculate example of some good engineering and architecture, and a lot of time and patience, of what a preeminent life sciences building can be. It is spectacular.”

However, by the beginning of 2020, Verseon needed to unlock additional capital. In a sale-leaseback transaction, Jadian acquired the property for $34.7 million, of which $21.7 million went towards paying the mortgage on the facility. Net proceeds after the transaction for Verseon came to about $9.5 million, according to a financial statement from the company.

Verseon initially agreed to lease the property for ten years, with an initial monthly rent of $227,000 and three percent annual increases for the first three years of the lease.

“After careful consideration of all available options and an evaluation of the Company’s working capital requirements, the Board has decided that an expedited sale-leaseback transaction at a discount to the balance sheet value of the Facility is in the Company’s best interest to ensure its continued operation as a going concern,” the company stated in financial documents.

However, the company, which specializes in physics- and chemistry-based modeling for the pharmaceutical industry, failed to make it through the pandemic.

“Unfortunately, they did not make it past the COVID-19 hurdle, so to speak,” said Conte, who emphasized that the quality of the building was closely tied to Verseon’s vision for its future. “This was not a building that was being developed or intended to be flipped or leased out on the market. These guys were building their home for what they thought was forever.”

While Verseon was unable to secure its future at Bayside Parkway, Transwestern–along with Graymark who is acting as an advisor–believe the property will serve a new tenant well. Newly-renovated, plug-and-play life sciences product is hard to come by in the Bay Area, and tenants are eager for more room to grow. In Fremont alone over the past several years, the number of life sciences companies has grown from 74 to nearly 160, according to Transwestern.

“We realize that we’re in a particularly unique position to address just a really overwhelming need,” Conte noted. 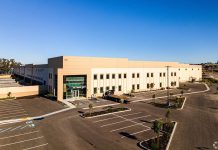 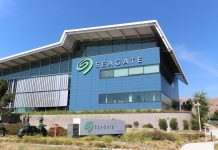