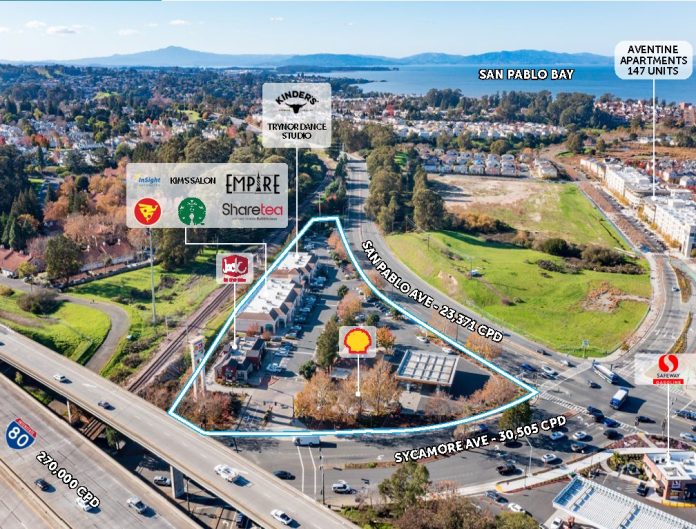 One group of investors in the market today has been actively looking at strong locations across the region’s suburban markets. A Dublin, California-based family office associated with the Dosanjh family has acquired the 20,427 square-foot shopping center in Hercules called the Hercules Retail Center, which is located at 3600 San Pablo Avenue. The purchase price was $16 million, or roughly $783 per square foot, according to public records reviewed by The Registry. It is just another example of family offices looking to acquire solid revenue-producing real estate in a market that has seen a slowdown across all sectors.

The previous owner of the property was a Miami, Florida-based ORB Partnership, which placed the property on the market earlier this year with a $16.5 million asking price, according to the property’s offering document. The listing agent the marketing efforts for the property was Jay Gomez, a retail specialist with CBRE. He co-heads the retail investment team with James Kaye in the San Jose office. CBRE did not respond to a phone call seeking comment for this story.

At the time of the sale, the property was 94.3 percent occupied. It has a solid mix of local and national in-line shop tenants. Some of its tenants include Starbucks, Kinder’s Meat Market, InSight Optometry and Pizza Twist. The property also has a Jack in the Box restaurant on its tenant roll and a Shell Gas station; both are on separate parcels. This could allow the new owner an opportunity to spin off those parcels separately after buying the property as a way to recoup part of its initial investment.

The asset was first developed in 1999. It is located on a parcel that totals 3.81 acres. The property also includes plenty of parking available for its customers and is located in close proximity to the I-80 Freeway, which counts daily traffic that exceeds 270,000 vehicles.

The Hercules Retail Center also benefits from its adjacency to a newly developed grocery-anchored shopping center. This is a property with a newly-developed Safeway store as its anchor tenant. Other businesses in the property include Chase Bank, Peet’s Coffee and a Safeway gas station.