The City of Fremont engaged an executive recruitment firm to conduct a national search to find the right manager to succeed former City Manager Fred Diaz who retired on July 27, 2018. The City Council sought experience and vision in its ideal candidates and found both in Danaj, a seasoned executive with over 20 years of senior-government management experience and a proven track record of accomplishment.

“Mark is an exceptional choice for our next City Manager,” said Mayor Mei. “The City Council was looking for a leader with vision and experience but also for someone that understands Fremont’s unique challenges, opportunities, and culture. With Mark, we get the best of all worlds; great experience from other agencies and keen insights gained from his more than three years of previous service to our City.”

Danaj’s passion for city management revolves around modernizing local government, making it more accessible to residents, and fostering authentic civic engagement. He served as the Strategic Support City Service Area Team Lead/Director of Human Resources for the City of San Jose for eight years before being hired as the City of Fremont’s Assistant City Manager/COO in 2011. During his first tenure with the City of Fremont, Danaj led a strategic fiscal sustainability strategy to address longstanding structural budget deficits while also playing a key role in the City’s many urban development initiatives. He also led Fremont’s civic engagement efforts and championed an online citizen engagement platform. In 2014, Danaj was appointed City Manager of the City of Manhattan Beach where he continued to employ a management philosophy grounded in long-term fiscal responsibility, forward-thinking economic development, and enhanced civic engagement. Since departing Manhattan Beach earlier this year, Danaj has been engaged as a special advisor with the public-sector consulting firm Management Partners, Inc.

Danaj earned a Bachelor’s degree in economics and political science from Marquette University, a Master’s in business administration from the University of Notre Dame Mendoza School of Business, and is a graduate of Harvard University Kennedy School’s Program for Senior Executives in State & Local Government. He is also a Credentialed Manager by the International City/County Manager Association.

The employment agreement with Danaj is scheduled for consideration and approval at the next regularly scheduled City Council meeting on September 4, 2018 and he is expected to begin work on Monday, September 10, 2018. Upon his appointment Danaj will become the chief executive of this full-service city with 936 full time employees, a budget of $330 million, and a robust slate of ongoing initiatives.

With 235,000 residents, the City Fremont is the sixteenth largest in the state and the fourth largest city in the San Francisco Bay Area, known for its ethnic and cultural richness, nationally-recognized high-ranking public schools, numerous well-kept parks, and preserved hillside landscapes and Mission San José (California’s 14th mission). In addition, its Silicon Valley location is marked by a broad variety of innovative firms including over 1,200 high tech, life science, and clean technology firms. 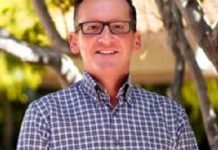 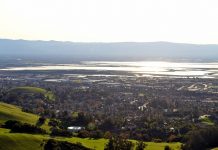 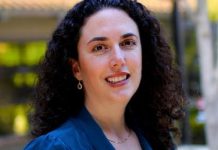 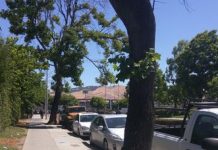 Three Large Construction Projects to Start this Summer in Fremont 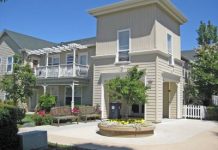