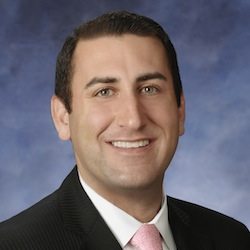 San Mateo, CA ­– Sares Regis Group of Northern California (SRGNC) has promoted Joshua Portner to Vice President of Development and Construction in the Commercial Development Division.  He previously worked as a senior project manager at the firm.

In his new role, Mr. Portner’s duties will include strategic design and construction guidance for commercial development projects, as well as administrative and support functions for the firm.  Since joining SRGNC two years ago, Mr. Portner has played a key role in managing the Google Bayview project in Mountain View, which includes over 1,100,000 square feet of sustainable office space.

“Josh has proven to be a dedicated team player with a broad range of practical experience, as well as problem-solving and leadership skills,” said Jeff Birdwell, President of Commercial Development at SRGNC.  “In addition to his work with Google, Josh will be overseeing other projects as our division workload continues to expand.”

Portner previously worked at Webcor Builders for over ten years, where he was senior project manager on several large projects in the Bay Area and in Southern California.  His duties at Webcor included serving as a liaison between property owners and architects, managing project budgets, and managing subcontractors throughout design, coordination and construction.  During that time, he oversaw the development of almost $2 billion in

commercial, residential and hospitality real state projects.  Notable projects included the management of the construction of the $270 million Letterman Digital Arts Center in San Francisco’s Presidio and the nearly $1 billion Hotel and Residences at LA Live! in Los Angeles.

Mr. Portner graduated from the University of California, Davis, with a B.S. in Civil Engineering in 2000.

Sares Regis Group of Northern California and its affiliates, Regis Homes Bay Area and Regis Contractors Bay Area, are regional companies based in San Mateo, California.  As leading developers and managers of commercial and residential real estate in the western United States, the companies have more than 6.5 million square feet of commercial properties valued at $500 million and over 2,800 residential units under development.  Since its inception, the company has acquired or developed approximately 46 million square feet of commercial properties and 20,000 multifamily and residential housing units.

The Northern California companies are also affiliated with Irvine-based SARES·REGIS Group, and together they have a combined portfolio of property and fee-based assets under management valued at more than $4 billion, including 13,000 rental apartments and 15 million square feet of commercial and industrial space.  For more information, please visit: www.SRGNC.com.