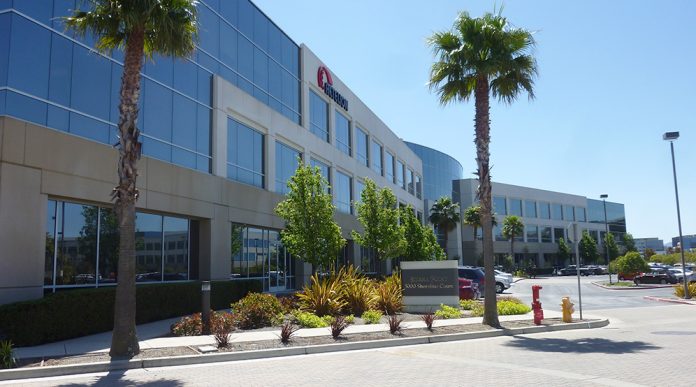 Deals are continuing to close across the Bay Area in what is already shaping up to be a busy first quarter. In a transaction that was finalized on January 7th, according to public records, San Francisco-based DivcoWest has purchased a South San Francisco office asset for $164.5 million.

The asset is located just off of Highway 101, near the Oyster Point Channel. A number of other R&D and life sciences companies are in the neighborhood, including Mammoth Biosciences, Ideaya Biosciences, Aimmune Therapeutics and others. Downtown South San Francisco is just a quick drive away by car.

The seller of the building was Actelion Pharmaceuticals, which was acquired in 2017 by Johnson & Johnson for $30 billion. The research and development firm specializes in the creation of products for pulmonary arterial hypertension and other medicines. The San Francisco office CBRE brokered the transaction.

According to a statement from DivcoWest, the company intends to reposition the property into a Class A life sciences assets. The property’s mechanical systems will be upgraded and suites will be retrofitted on a spec basis with new occupancy slated for as early as the first quarter of 2023.

The acquisition was part of a larger strategy to amass a portfolio of life sciences properties along the San Francisco Peninsula, South Bay and Boston. In recent months, the firm also acquired 6550 Dumbarton Circle in Fremont for $72.2 million; 63 percent of the asset has been leased to Alexza Pharmaceuticals. The company is also working on a new vision for the Sand Hill Collection, a collection of buildings in Menlo Park totaling 552,000 square feet.

Also recently, the firm sold two American Canyon assets at 300 and 400 Boone Drive for $158.9 million, according to previous reporting by The Registry. The buildings are leased to Amazon and the Biagi Brothers, respectively.

In November, the company also received $500 million from the California Public Employees Retirement System, which will be invested in the acquisition of life sciences assets. Both CalPERS and DivcoWest declined to comment on the investment relationship beyond public records.

DivcoWest is a well-known name in the world of development and commercial real estate. Over the past 30 years, the firm has acquired 50 million square feet of space. Currently, it has 11.6 million square feet under management, worth about $12.9 billion, according to the company’s website.