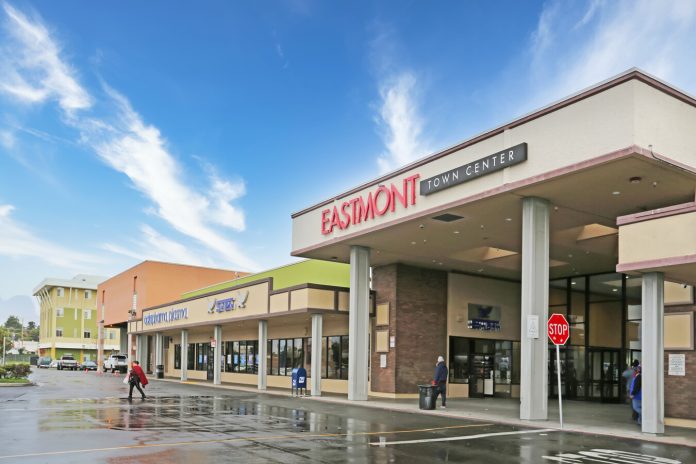 It took nearly a year and a half, but Walnut Creek-based Vertical Ventures was able to secure a buyer for its East Bay property that it owned since 2015. The 550,426 square foot mall-turned-to-office property sold in a deal worth $76.2 million, or roughly $138 per square foot, according to a report by the San Jose Mercury News. The buyer was San Francisco-based Tidewater Capital, which assumed a $56 million loan in the deal, as well.

The Eastmont Town Center, which sits on a 16.5-acre parcel, is located at 7200 Bancroft Avenue and was originally built as a mall between 1965 and 1972. It was later converted into office use in 1997, and additional renovations occurred in 2009. The center and the adjacent, 116,000 square foot retail center were split into separately owned properties in 2015, and the retail portion is not included in the offering.

Since 2015, about $5 million has been invested by Vertical Ventures in the property. The firm originally purchased the property seven years ago for $54 million from Portland-based SKB, according to public property documents. The property was offered at a 70 percent discount to replacement cost when it hit the market.

Today, the center is home to numerous city agencies; in all, 523,670 square feet, or about 87 percent of the center was leased at the time the offering was made. The County of Alameda, which is the center’s anchor tenant and has AAA credit according to an offering document obtained by The Registry occupies 41 percent, or 213,239 square feet, of the property. The center is operated by the Workforce and Benefit Administration in an effort to provide job training workshops, placement assistance, and post-employment support. Two City of Oakland agencies: the Oakland Police Department (OPD) and the Oakland Public Library, occupy another 14 percent of the space. The OPD’s 64,000 square feet includes a police station, forensic and back-up detention facilities, while the public library is a 9,200 square foot public amenity.

Other credit tenants include the Alameda Health System, GSA and Quest Diagnostics. Non-credit tenants make up the remaining 23 percent of the space. No more than 19 percent of leases are expected to roll in any given year, providing stable cash flow for a future investor.