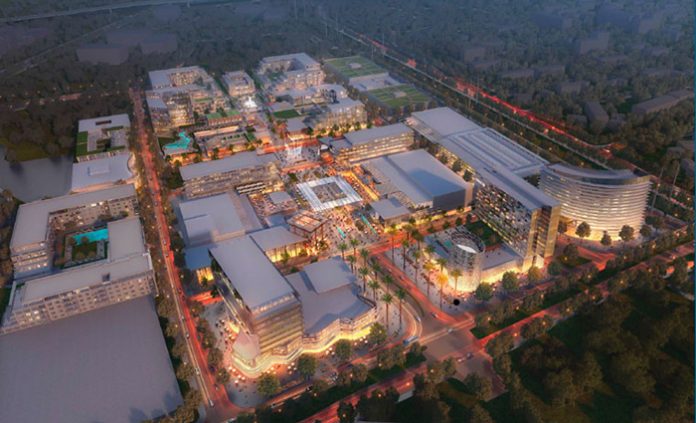 Related California may still be in the early phases of developing it’s massive City Place project in Santa Clara, but that did not stop the Southern California developer from acquiring a parcel adjacent to the land where it is planning its 9 million square foot mixed use development.

According to a report by the Silicon Valley Business Journal, Related acquired the nearly 7-acre site at 2101 Tasman Drive for just over $50 million. The seller was an affiliate entity of Deutsche Asset & Wealth Management, which according to public records had owned the property since 2006.

According to public records, the location has a two story structure totaling just over 51,000 square feet, although satellite images show three buildings on the lot. The lot is approximately 290,000 square feet and it is used for industrial purposes.

Whether the land will be rezoned for an alternate purpose remains to be seen for now. While the report speculated Related’s interest in converting this opportunity into a housing development, executives from Related were clear that they will have to await a city recommendation before any further discussion takes place.

That process will likely kick off this year.