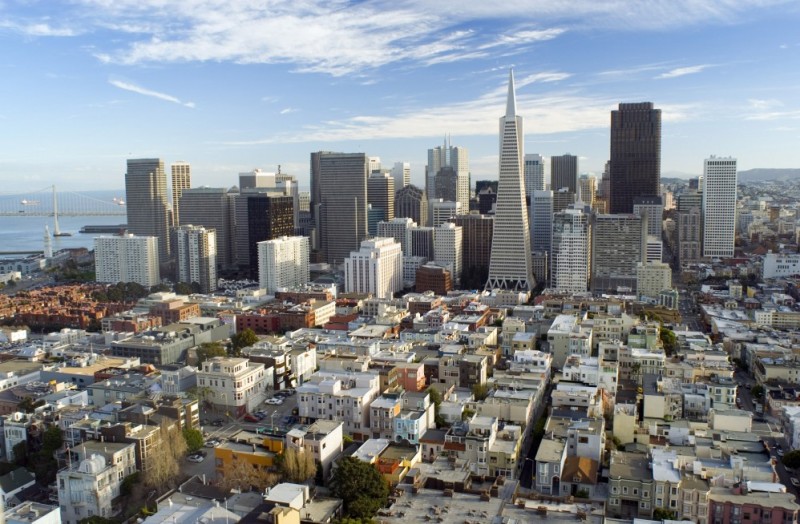 Does the leap in sublease space portend a property tech wreck?

While some San Francisco real estate observers worry a sizable increase in office space available for sublease may signify a potential property “tech wreck” in the works, others view an increasing amount of available space as more of a corrective adjustment that’s creating some benefit.

About half of the space available for sublease is coming from technology companies, according to the JLL and Cushman & Wakefield reports. That translates to 45 of the 138 subleases in San Francisco, or close to 1.1 million square feet. And while 41 percent of companies gave contracting or consolidation as their reasons for subleasing space, 26 percent cited relocation inside the San Francisco city limits, while 22 percent are moving all or part of their businesses out of the city, according to Cushman.

“We saw the trend begin to intensify in the fourth quarter [of 2015],” said Christina Clark, senior vice president in the San Francisco office of Cresa Corporate Real Estate. “Our clients were starting to evaluate whether they were occupying too much space, what would be the best way to handle and utilize it. Others are wondering if the high costs are going to continue and whether it was worth getting into a seven-year agreement with unfavorable terms.”

As a result, Clark said leasing activity began to slow as companies “pushed the pause button.”

“We have been monitoring this trend since the second quarter of 2015,” said Andrew Nicholls, advisor in Cresa’s San Francisco office. “That’s when we noticed a distinct shift in the market.”

“Some are expanding into new offices here in San Francisco, while some just have excess space they don’t need right now,” Yasukochi said. “There’s a variety of reasons. And what we are seeing, especially with high-quality subleased space, is that it’s not staying on the market that long. It frequently is leased within three to six months.”

Yasukochi said he doesn’t regard the current inventory of subleased space—which covers all grades of office space, but mostly A and B—to be an excessive amount.

“If there was, you would see much bigger discounts offered on space being leased directly from landlords, like 30 or 40 percent,” he said. “When the market is healthy, the discounts are not that large. Subleased space is increasing, but we’re not seeing large discounts.”

According to his research, Yasukochi said the amount of subleased space in downtown San Francisco has jumped from 1.1 million square feet in October to 1.7 million square feet in March. Unlike other observers, who predict that figure will grow substantially by year’s end, he is not quite as certain of that outcome.

“It could grow, but this is an evolving situation and that has yet to be determined,” Yasukochi said. “We will see if the supply continues to exceed demand.”

Asking lease rates for Class A office space downtown being offered directly from landlords averages about $76 per square foot annually, a figure which grew 14 percent in the fourth quarter of 2015, Yasukochi said. Though it would depend on the condition of the space being subleased by another tenant, asking lease rates would likely be about $65 per square foot annually this spring, he added.

“If it’s in good shape and there’s lots of interest in it,” Yasukochi said of space at those rent levels, which are reflective of the 10 to 15 percent discounts being offered.

Drew Arvay, senior vice president in the San Jose office of Cushman & Wakefield, said he’s aware of the glut of space available for sublease in San Francisco, but said it’s a different dynamic in Silicon Valley—or cities in Santa Clara, San Mateo and southern Alameda counties. It even goes by a different name.

“We call it shadow space,” Arvay said. “There are instances where companies are seeking to sublease space, but it often is on a short-term basis.”

On the other hand, Arvay said some of the Valley’s largest tech giants that occupy millions of square feet of office space might keep a few hundred thousand square feet empty for anything from storage to future productive use when they expand operations again.

“How companies are using space has really shifted in recent years,” he said. “We went from private offices and hallways to cubicles. The cubicles started out averaging 250 to 275 square feet of space per person, but then shrunk to 160 square feet. Now, cubes are disappearing and being replaced with even smaller work pods or benches, or shared space.”

“That’s not to say we are immune from having surplus space that could be available for subleasing, but this is still a different situation from downtown San Francisco,” he said.

He added there is another dynamic at work in Silicon Valley and elsewhere in the corporate world over the past three years since Yahoo Inc. CEO Marissa Mayer famously ended her company’s popular work-from-home policy for employees.

“Employers have discovered innovation is born of collaboration, of employees talking to one another during the work day, talking over lunch,” Arvay said. “The money they used to save on renting space by having employees work in their pajamas from home was being lost by a decrease in developing innovative ideas.”

Both Clark and Yasukochi said they see another potential storm cloud on the horizon for San Francisco employers: the possible decrease in VC funding, mainly affecting the tech sector.

“We are hearing that while companies are still getting funded, some are getting less funding or having trouble getting another round of funding,” Clark said. “VC funding is critical, so we are watching that very closely. That trend really started accelerating in the fourth quarter, making tenants seriously consider whether they need so much space.”