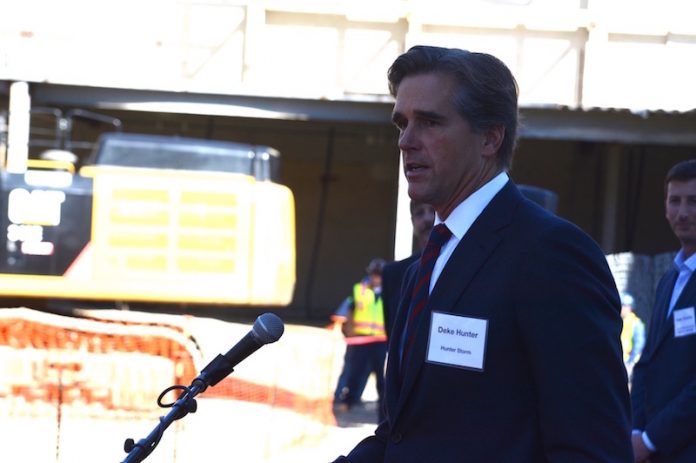 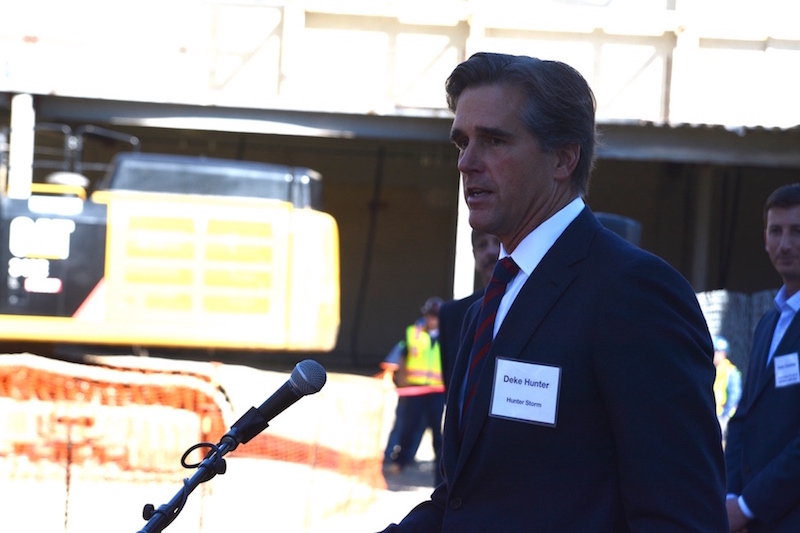 After years of legal battles and maneuvers, there is finally visible progress in Sunnyvale at its long-troubled Sunnyvale Town Center development site. STC Venture, a joint venture of Hunter Storm, Sares Regis Group of Northern California and investors advised by JP Morgan Asset Management, moved to kick off the work on redeveloping the site just weeks after it closed escrow on the $100 million purchase of the site located at 200 McKinley Avenue in Sunnyvale.

The sale of the this parcel, which is planned for 198 residential units and a retail component, is tied to another Sunnyvale Town Center transaction that occurred at the end of last year, when JP Morgan Asset Management purchased the commercial, or office component of the development for $270 million. It was the start of the end of years of legal wrangling that began when Menlo Park-based Sand Hill Property Company and Deutsche Asset Management’s RREEF defaulted on a $109 million loan moving the project into foreclosure. 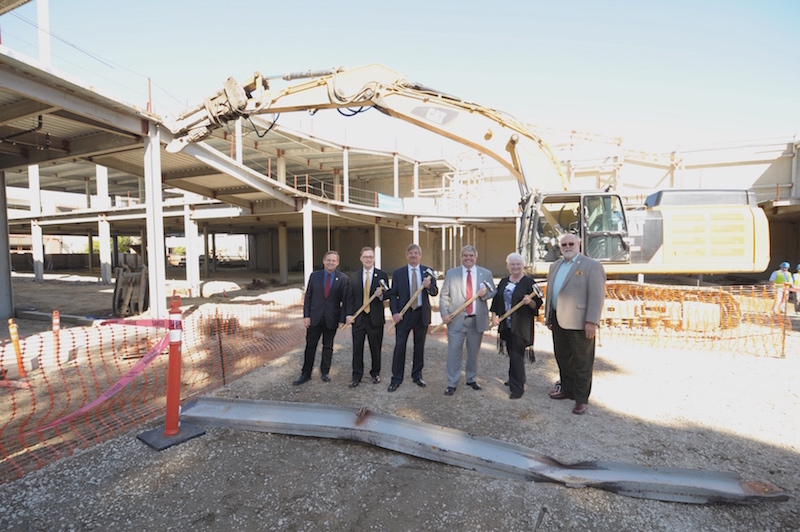 In November of 2015, Wells Fargo bank, who had come own the asset after the foreclosure, announced that it had found a potential buyer for the Town Center, a consortium comprised of Sares Regis Group of Northern California, Hunter Properties and JP Morgan Asset Management. The city of Sunnyvale went into an evaluative role to assess the financial feasibility of the sale to the three-company partnership, and on December 10, 2015 in a 4-3 decision, the city council approved further negotiations between the bank and the three potential buyers announcing that the new development team had met criteria outlined by the council related to development experience and financial capacity to acquire the troubled development.

The structure of the agreement would be such that the partnership would be comprised of two entities, one that is 100 percent owned by JP Morgan that would own the office component of the development, and another that would have a 95 percent equity stake by JP Morgan and the rest divided by Hunter Properties and Sares Regis that would own the retail and residential components. The office component was sold first in the $270 million transaction late last year, while the second transaction of $100 million closed on September 28, 2016.

“The STC Venture team truly understands that completing the Sunnyvale Town Center project is one of our community’s highest priorities, and they’ve demonstrated the caliber and collaboration necessary to get this complex project back underway,” said Sunnyvale Mayor Glenn Hendricks in a statement. “We’re delighted to be celebrating this significant milestone and look forward to bringing the full vision of Sunnyvale’s downtown to reality.”

“We have exciting plans that will blend well with the downtown merchant areas and enhance the district to benefit everyone,” explained Deke Hunter, president of Hunter Storm, who also spoke at the groundbreaking ceremony last week.

“We are excited to have an opportunity to plan for the future,” concluded Dave Hopkins, senior vice president for Sares Regis. “Since this project came to a stop, the City and region have changed; use of transit and desire for walkability and a downtown lifestyle are the most valued amenities we can provide. Sunnyvale’s Downtown represents an opportunity for a forward thinking vision, a place for the community to gather, a place to integrate technology with transit and services, and a destination for residents of other Bay Area cities.” 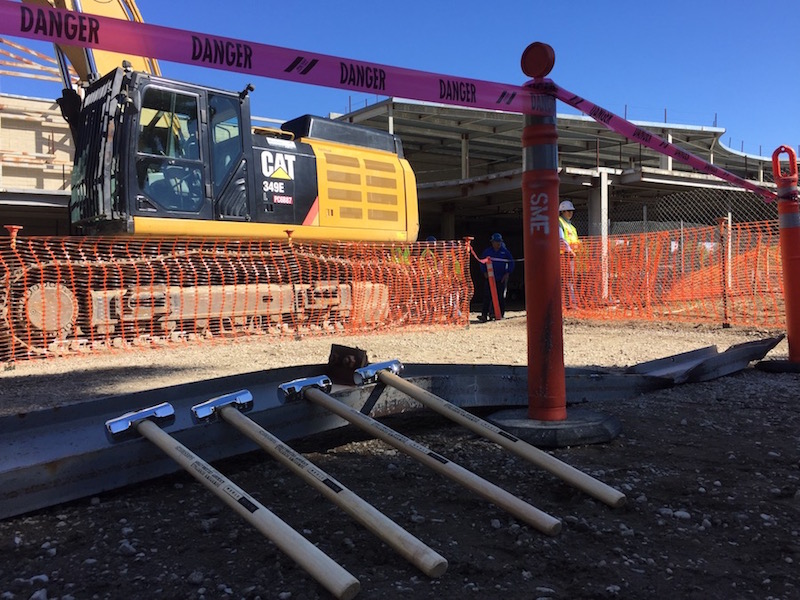