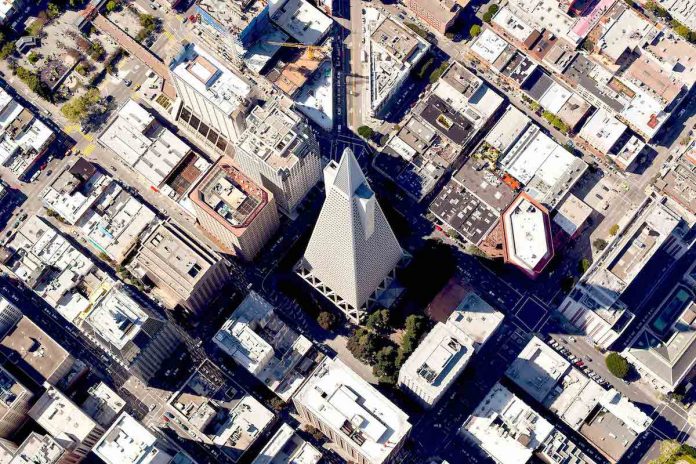 Transamerica Corporation and its parent company Aegon are planning to put up for sale the iconic San Francisco Transamerica Pyramid building at 600 Montgomery Street and two other office buildings located at 505 and 545 Sansome. The potential price point on the sale is projected to be in the range of $625 million to $650 million, according to sources that are familiar with the planned sale.

The listing agent on the sale will be the San Francisco office of JLL. This company declined to comment when contacted for this story.

This will be the second time that the sellers have put up at least a partial interest in the sale of the Transamerica building in as many years. The first time an offering was made was in January 2018 when a 45 percent interest in the property was placed on the market for sale. HFF, which was acquired by JLL earlier this year, was the listing agent on the partial sale at the time. A deal on this partial sale was never completed.

The Transamerica property was first developed in 1972. When the partial interest was up for sale last year, the property was 95 percent occupied. A couple of tenants in the property were Heller Manus Architects and Incapture Group.

Given that the asset is entirely up for sale this time around, there should be more interest in its acquisition, according to industry sources. Many large institutional investors in the United States find it difficult to own less than half interest in a property of this type. If a sale does happen this time around, it would represent the first time that the Transamerica Building has been sold.